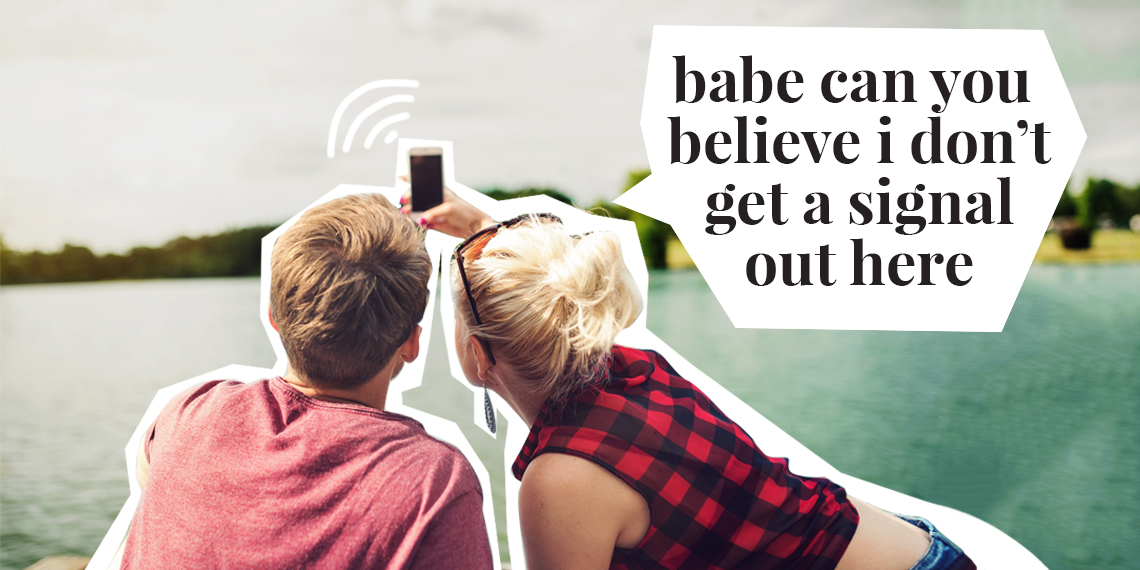 That’s not all, of course. If some relatively meaningless statistics don’t convince you that millennials are killing dating thanks to people getting married a little later, he pulls out some incredibly choice anecdotal “evidence,” making sure to cover all the old hits in addition to his concerns about coitus between adults under 40:

I asked my son, a junior in college, if this matched his experience. His matter-of-fact reply: “No one dates.”
Something tells me the son of a guy like Arthur C. Brooks isn’t exactly in a position to speak with authority on the college hookup scene. Nevertheless, way to point out that people are much less likely to go on formal dates when they’re a) broke and b) already presented with ample opportunities to hang out in less formal settings.

My parents messed up.

But it continues with even more dubious proof:

places a great deal of the blame on a dystopian social media culture, where virtual interactions substitute for face-to-face human relationships. It is not a shock to see research emerging that links heavy social media use with loneliness and depression.
God, this is so f*cking tired. Yes, social media use and being too extremely online is probably bad for all of us. But it doesn’t somehow make us incapable of love, and it’s pretty disingenuous to passively “link” heavy social media use with depression. Sure, being online can be depressing. But maybe has anyone considered that people who are *already lonely and depressed* could be more likely to retreat to the solace and anonymity of social media?

A fear-based culture among young people will make romantic love impossible to cultivate. And mounting evidence suggests that this is exactly the culture being created by today’s hyper-protective approach to life.
The idea that people are more afraid of rejection now than in the past is nonsense; fear of rejection is literally the thing upon which all romantic overtures hinges on and always has been. He only brings it up to shoehorn the phrases “trigger warnings” and “safe spaces” into the article. I’d say it was for SEO purposes, but there’s zero chance Arthur Brooks knows what that is. There’s more, of course, but you get the gist. Millennials are killing dating, just like we killed buying houses, Applebee’s, and other staples of American life that, let’s be honest, weren’t really that great to begin with.

The thing is, people have been beating this same drum for years, and yet somehow the wedding industrial complex continues to thrive. Here’s someone making the same exact claim that millennials are killing dating two years ago. Here’s another. Can we go back even further? Friends, you know we can. In fact, if you’re up for it, you can check out the entire 2,500 year history of old people blaming younger generations for more or less the same things they complain about today.

Alternate headline:
Y’all fucked up the economy so badly that we can’t focus on marriage and kids because we’re struggling to afford to live https://t.co/ps9LESPADZ

In the case of this latest nonsense, realize that this is Arthur C. Brooks’ job—ensuring frightened old people that The Youths are weird and scary and baby boomers are right to be afraid of them. He’s reaching into an extremely deep well, one that tells old people that younger generations have disregarded the romantic norms of the past and are thus poised to end up sad and lonely without (most importantly) ever bearing your grandchildren. The real tell here is that Brooks never really bothers to explain why any of this is bad; it’s just assumed that his intended audience will accept that it is. It’s kind of funny to see a powerful conservative complain about things like more focus on education, later marriage, and less promiscuity—in other words, more conservative behavior—but then again none of this was ever meant to make sense beyond sending the message of “young people are rejecting our values.”

Look: Besides the fact that our dating customs are so deeply ingrained in our culture, gender identities, and politics that the most they could ever do is evolve, not die, people choosing to explore love, sex, and romance in more comfortable ways that are outside of rigid and arcane norms is a good thing! Fewer teens dating means fewer teenage boys obsessed with “getting a girlfriend” and all the ugly itinerant sh*t that goes with it. Later marriage can’t possibly matter to anyone but social scientists and old people waiting on grandchildren, and anyway, waiting until you’re not completely broke to get married can’t hurt, if you do it at all. Less sex means there are more people out there exercising their agency and making choices about what’s right for them, and not caving into societal pressures or using sex as a form of self-medication.

All of this is good, and a sign of a healthier society moving in a positive direction regarding how we view ourselves, our bodies and other people. Just don’t bother trying to tell that to your aunt on Facebook when she complains that millennials are killing dating.

Head Pro will never yell at you to get off his lawn. Ask him your burning dating and relationship questions at [email protected], and follow him on Twitter and Insta at @betchesheadpro.