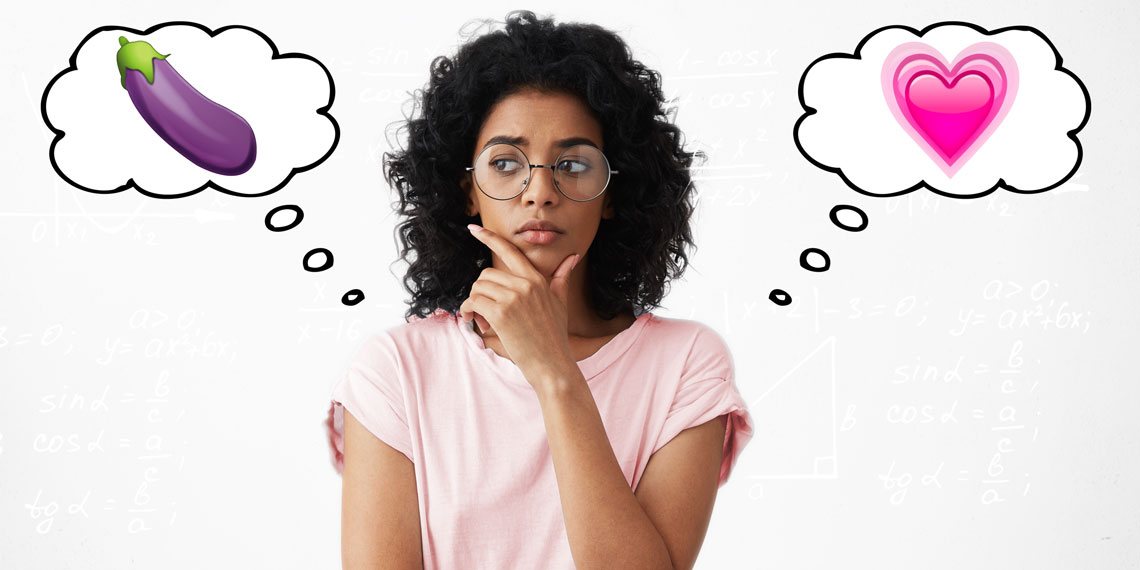 How Do I Turn A One Night Stand Into Something More? Ask A Pro

Head Pro is definitely way too old to go to your prom, which is cool, he totally didn’t want to go anyway because he’s actually going to this really chill college party. It’s gonna be, like, really mature and stuff you wouldn’t like it anyway. Email him your questions at [email protected], and follow him on Twitter and Insta at @betchesheadpro.

Last Saturday was my senior prom, i went with a decent bro but the hottest guy from another school came to the after party, we made out, drank and had the BEST time, in the middle of our drake induced love he asked me to be his prom date to his school’s prom, these words exactly “you’re really fun, wanna go to prom with me?” I said yes, obvsss

But then the next day we barely spoke and haven’t really communicated much since then, so yesterday I took the plunge and snap chatted him saying “hey so you invited me to prom drunk lol” he said “yeah I did” and then I said “funnn! When is it?” And he said “may 18” that.was.it. Before he showed up to my after party he would snap me often but I havent heard anything else from him, I can’t help but feel like he regrets asking me lololol helppp

Lol, he definitely regrets inviting you. As for why, that’s anyone’s guess. Chances are he had planned on asking someone else, but figured asking the cute drunk girl (fresh off the high of her own prom, no less) to prom would get him into your pants. He wasn’t entirely wrong, but because he’s an idiot teenage boy thinking with his sweaty, idiot teenage penis, he didn’t think very far ahead.

I know it’s borderline impossible for a highschooler to do, but I think you’ve gotta ask him point blank what the deal is. It’s not really the kind of thing you want to leave in limbo, especially if your parents are rich and you can convince them to buy you a new dress on short notice. Besides, going to someone else’s prom whips way more ass than going to your own. Every single boy in the gymnasium is going to spend the entire night thinking unspeakable things about you (much to the chagrin of their dates), just because you’re new. Most people go their whole lives without experiencing that level of petty satisfaction.

So yeah, do the hard thing and get it cleared up. A hot dress, some smooching, and maybe an over-the-pants handy in his car before he drops you off, and you’ll have given that dude a memory he’ll cherish AT LEAST until his first weekend in college.

So I had a guy I’ve known for years reach out to me on Facebook Monday (after not seeing him or talking to him for close to 5 years) and after some brief chatting, suggested the next time he goes out for me to go too. I agreed but no definite date was set. Fast forward to Tuesday, he messaged me in the evening and said he was out with some of the guys he worked with and asked me to join and after some reluctancy, I did. I had work this morning so I was just having a couple of beers but it turned into great conversation and I had a lot of fun. Well he had been drinking a lot and I didn’t want him drinking and driving so I offered to give him a ride home (he lives 10 minutes from me). He agreed and I took him home and he suggested I just stay the night since it was really late and I agreed.

One thing led to another and we had sex. He still kept chatting with me the whole night about things going on in his life, the death of a close friend, he said about us getting together again this weekend and wanted to cuddle. We stayed up till after 4:00am (I had to be up at 5:30 for work) but I took him to his truck so he didn’t have to find a ride. I pull up to his truck and just went to give him a hug goodbye and he kissed me and said “I fully expect you to be angry with me for keeping you up all night” to which I said “oh don’t worry I’m sure I’ll be texting you to complain about how tired I am. He said he couldn’t wait to hear from me.

I texted him and we did have a brief conversation just saying how much fun we had. I sent the last text and he has not responded. I never said thank you for inviting me out or I want to do it again. I guess I’m a little confused if this is just a routine one night stand or potentially more? Do I actually make it a point to go through the thank you process or bring up the idea of hanging out again or just stay silent till he reaches out again?

Anyway, in this case I think you’re looking at a standard-issue one-nighter. It’s extremely funny, to me, that you’re entertaining the notion that it’s somehow because you didn’t thank him for the barely-date. Like, I’m pretty sure he took the sex as a more than adequate token of your appreciation. No guy talks to his friends after that and says “we had a nice time, and we totally did sex, but she didn’t send me a thoughtful follow-up text. SO TACKY, right?!?!?!?”

I don’t think he was ever all that into you, given that he put literally zero effort into going out with you in the first place (I missed the part in the play where Romeo gallantly invited Juliet to meet up with his bro pack). But as I often tell people here, it’s unlikely your situation would be made worse by asking for what you want, be it clarification or to hang out again. Probably, he’ll blow you off, but you never know: you could keep meeting up periodically and hooking up, leading to an unbalanced FWB situation that will cause you irreparable emotional trauma. Life is full of delightful little unexplored mysteries like that, you know?

Head Pro is definitely way too old to go to your prom, which is cool, he totally didn’t want to go anyway because he’s actually going to this really chill college party. It’s gonna be, like, really mature and stuff so you wouldn’t like it anyway. Email him your questions at [email protected], and follow him on Twitter and Insta at @betchesheadpro.