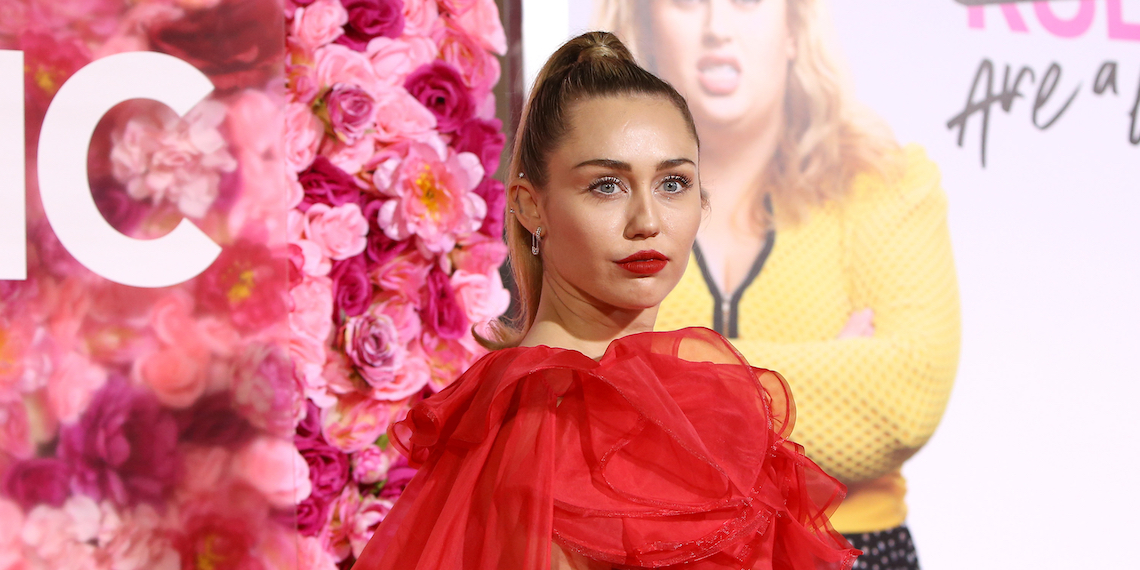 Miley Is Shading TF Out Of Liam In Her New Song

Every traumatic breakup deserves an equally traumatic breakup song, and Miley Cyrus really came through today. With no advance promo, she released a new track last night, and even a 5-year-old from outer space could tell you exactly what it’s about. We’ve spent all week trying to analyze posts and rumors for clues about the breakup, but Miley is giving it right to us. Let’s dive into the new song, and why it matters.

The song is called “Slide Away,” which immediately conjures an image of two people falling out of love with each other, or what you tell creepy guys in your DMs. Miley and Liam have a long history together, so this really feels like the end of an era. And even from the cover artwork for the song, Miley is already confirming some of the rumors about the reasons behind their split. We see pills and empty bottles floating in water, which is likely a nod to the same rumors we heard earlier this week—that Liam started drinking and taking drugs, and sober Miley wasn’t down with that.

Slide Away – link in bio.

The lyrics seem to confirm this. In the pre-chorus, she sings “I want my house in the hills / Don’t want the whiskey and pills,” which doesn’t even really need an explanation. Of course, we’re still just getting Miley’s side of the story, but she’s corroborating at least some of the TMZ sources. She then sings “I don’t give up easily / But I don’t think I’m down.” This seems like confirmation that the substance abuse wasn’t something she was willing to be around.

Those lyrics are the clear indicators of why their relationship didn’t work, at least according to Miley, but throughout the song Miley makes other references that are clearly about the end of her relationship with Liam. She sings “Move on, we’re not 17,” referencing her age when they met on the set of The Last Song. Damn, that’s cold! So I guess the answer is no, I can’t watch that movie anymore without having an existential crisis. Pardon me while I take a moment to sob into a pillow.

In the chorus, she says that he’ll go “back to the ocean,” while she goes to the city lights. Liam, who’s from Australia, has always been a big surfer, which is a big part of the reason that they lived in Malibu for so long. The end of their relationship signals a new chapter where they can each go about their lives separately, whatever that means now that they’re adults.

Since Liam Hemsworth posted his statement about not making statements earlier this week, Miley has been pretty quiet on social media, except to announce her new song. I’m curious what Liam thinks about the new song, because Miley is obviously not taking his route of just not talking about it. If things went down how Miley is saying, maybe Liam is keeping quiet because he knows the split was his fault? Of course, Miley might not be the most reliable narrator here, but it’s just a thought. My ideal scenario would be Liam releasing a competing breakup song, but that somehow seems unlikely.

It also makes sense for her to release a song right now, because everyone is obviously eager for any information about the breakup. I love Miley, but the cynical side of me can’t ignore that this could also be a great PR move. They also talked about this on this week’s episode of Betch Slapped:

Since Miley got back from her Lake Como vacation earlier this week, she’s still been seen hanging out around LA with Kaitlynn Carter, which makes sense. They’re both going through the end of very public relationships right now, so they’re probably offering each other a lot of emotional support, partially in the form of making out. I still have my doubts that their romantic relationship is actually anything deeper than a drunk makeout on a boat, but either way, divorce is f*cking hard, or so I am told.

While Miley and Liam both try to move on from the end of their marriage, at least we have a catchy new song to listen to. I’m currently single, but if I end up in a breakup any time in the next year, this is 100% going to be on my emo playlist.