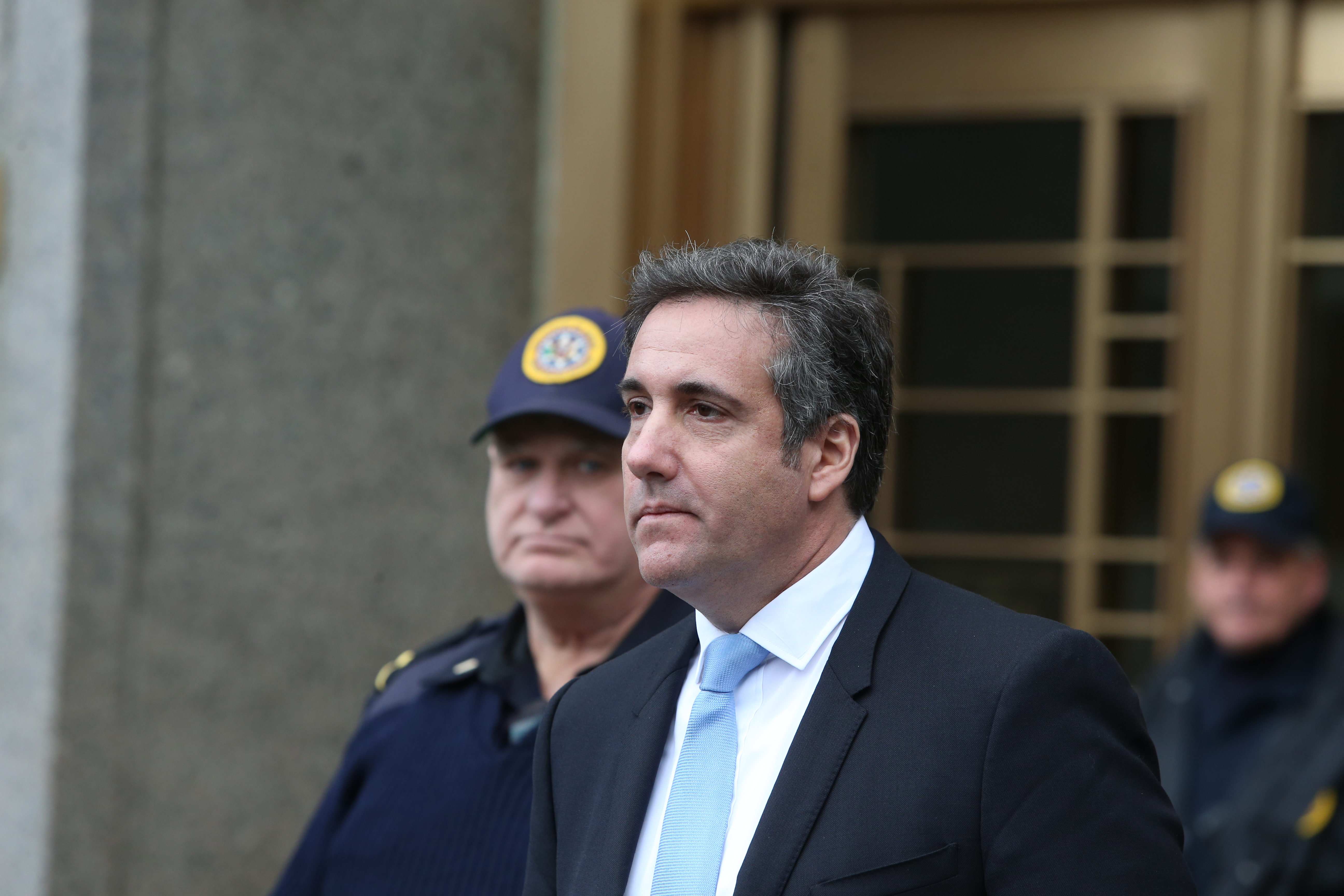 6 Signs Michael Cohen Is About To Flip On Trump

The running theme of Michael Cohen, personal attorney to President Trump and former Executive Vice President at the Trump organization, has been ride-or-die loyalty to all that is The Donald. In a bros-before-hoes frat boy declaration, Cohen once declared that he would “take a bullet” for Trump, which is pretty impressive considering not even all members of the secret service were prepared to die for him

During George Stephanopoulos’ ABC interview Saturday night at the Manhattan hotel where Cohen has been living, his loyalty seemed to be waning. Speculations that Cohen could flip have been floating around since April, when the FBI raided his offices and homes. The President, of course, couldn’t resist offering up his own opinion, tweeting in April that “most people will flip if the government lets them out of trouble, even if it means lying or making up stories. Sorry, I don’t see Michael doing that.” Sorry, but we’ll see about that.

Cohen Says His Loyalty is To His Family

When Cohen was asked directly who he would choose if prosecutors forced him to protect either President Trump or his family, Cohen said that his family is “his first priority.” What about taking a bullet for your boy, Cohen? When Stephanopoulos reminded him of his bullet vow, Cohen said, “To be crystal clear, my wife, my daughter and my son, and this country have my first loyalty.”

No Compliments for Trump

Cohen was sure not to praise the president at all during the interview, and he even dared to criticize the way that Trump has been publicly resisting the federal investigations. He defended his own cooperation by adding, “Once I understand what charges might be filed against me, if any at all, I will defer to my new counsel, Guy Petrillo, for guidance.”

He Won’t Be a Punching Bag

Cohen emphasized that everything he says during the investigation will not be out of loyalty to Trump, but rather the advice of his lawyer, Guy Petrillo. Once Petrillo formerly assumes his position, the previous joint defense agreement between Trump and Cohen is over. This means that Trump and Cohen’s lawyers will no longer be allowed to share documents or other information with each other, and they could start playing real dirty. When asked what he’ll do if Trump’s legal team attempts to undermine his previous work to protect the president, Cohen said, “I will not be a punching bag as part of anyone’s defense strategy. I am not a villain of this story, and I will not allow others to try to depict me that way.”

He Changed His Tune on Stormy Daniels

He Respects the FBI and The Mueller Investigation

Trump called the FBI break-in of Cohen’s home, “attack on our country, in a true sense. It’s an attack on what we all stand for.” Cohen, however, disagreed. “I don’t agree with those who demonize or vilify the FBI. I respect the FBI as an institution, as well as their agents.” He also refused to call the Mueller investigation a “witch hunt.” “As an American,” he said, “I repudiate Russia’s or any other foreign government’s attempt to interfere or meddle in our democratic process, and I would call on all Americans to do the same.”

He Just Wants His Life Back

Cohen said he hopes the interview is the first steps toward regaining his name, reputation and life back. Cough up the details on Stormy, and maybe we’ll be with you, Mike.

Heads up, you need to keep up with the news. It’s not cute anymore. That’s why we’ve created a 5x weekly newsletter called The ‘Sup that will explain all the news of the week in a hilarious af way. Because if we weren’t laughing, we’d be crying. Sign up for The ‘Sup now!ai