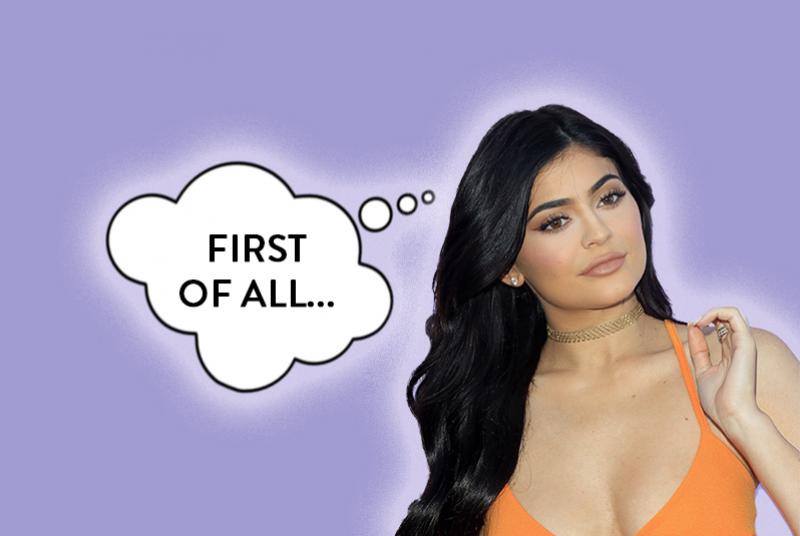 Just when I thought this would be the week that I stopped getting flagged by IT for searching inappropriate content on my work computer during work hours, TMZ dropped a photo this morning of a very pregnant Kylie Jenner. And you bet your ass I will be using this airtight defense when I inevitably get called into HR to talk about this.

That’s right, fam, THIS IS NOT A DRILL. (Apparently all the other times we’ve said “this is not a drill” were, in fact, drills. Stay woke.) There is now, supposedly, actual photographic evidence that Kylie Jenner is pregnant. Or that she’s wearing an oversized sweatshirt out in public, whichever conspiracy theory you choose to subscribe to at this moment.
The photo TMZ released features Kylie out and about with BFF Jordyn Woods and the woman who sabotaged her birth control pills her mother, Kris Jenner. The three were spotted touring a construction site (without safety equipment or hardhats which is like, slightly worrying). The site is probs going to be a house for Kylie to begin filming her own E! show her totally wholesome, quiet life as a new mom with proud-to-soon-be-daddy and lean enthusiast, Travis Scott. According to our investigatory journalism skills and TMZ, Kylie and Travis are expecting a girl to add to the brood of children, rappers, and talent-less Kardashians slowing spilling into what remains of California around February.

There’s also a video of Kylie from this same outing that shows her bump. View the evidence here:

This is the first we’ve seen of Kylie from the lip injections down since September, and I just don’t know what to think here. The video is shaky evidence at best. Literally. I’m not sure who was filming this shit, but I’m getting vertigo just from watching this. Then there’s the matter of the picture, which tbh makes her look less like she’s 8 months pregnant and more like she knew she was going to a CiCi’s to gorge on their pizza lunch special. Live your truth, Ky.

Whatever the case, I will be bringing up this historic event  with my therapist because, yes, Kylie’s supposed pregnancy has driven me to seek psychiatric help. I’d like to thank God for making this all possible, TMZ for their incredible dedication to ruining people’s lives finding the truth, and, of course, the Kardashians, for staying relevant despite a clear lack of morals or common sense.