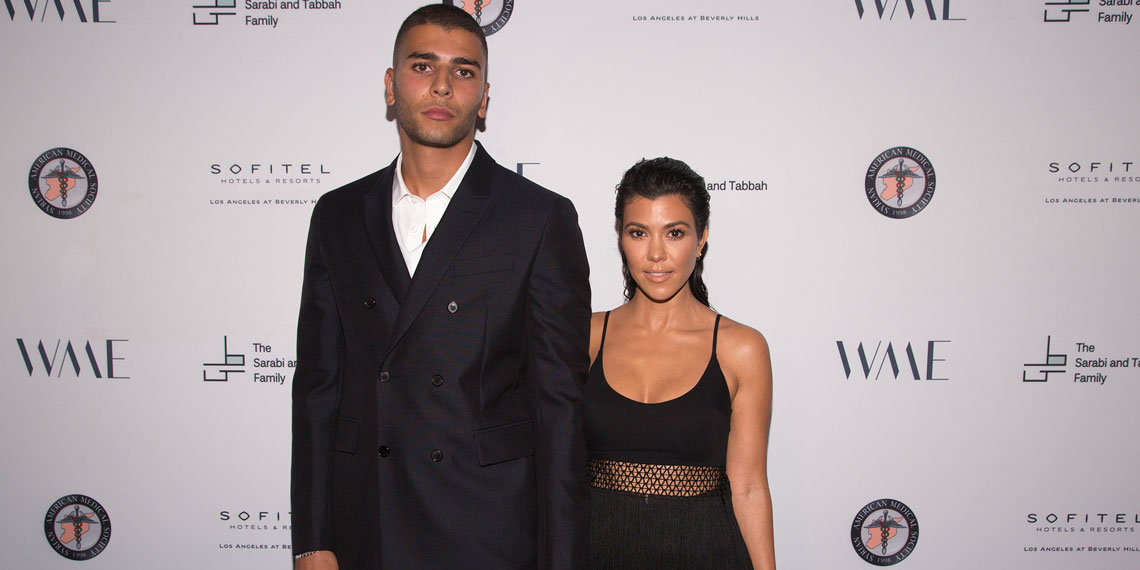 Kourtney Kardashian Was Spotted With A Sale Section Younes Bendjima

I didn’t think it could happen, but Kourtney Kardashian’s love life is getting even more interesting. Last week, I wrote about how Kourtney has been hanging out with Luka Sabbat, who is half her age, but somehow, things have gotten even stranger. She’s still been seen out and about with Luka as recently as Wednesday night, but it appears that a new man has come onto the scene as well. We don’t know who he is (or how old he is), but we do know one very important thing: he looks exactly like Younes Bendjima.

We don’t really know anything about this new mystery man, except that he’s obviously Kourtney’s type. The two were seen on Tuesday afternoon getting green juice at Albert’s Tea in West Hollywood, so it’s nice that Kourtney is still finding young, hot guys to enjoy health food with her. He’s about two heads taller than Kourtney, so she looks even tinier than usual. (That’s the real #relationshipgoals.) He’s also wearing $1,600 Maison Margiela sneakers, so either he has money, or he’s already getting Kourt to buy him nice presents. Okay seriously, this man looks so much like Younes it’s driving me crazy. Why is Kourtney doing this to us? Is she trying to make Younes jealous? Is he actually Younes’ brother? Can I date him? I have 75 million questions. I should commission 50 Cent to write a song about it.

For quick reference. here’s a reminder of what Younes looks like:

ARE. THEY. TWINS??? Not gonna lie, I kind of feel like Kourtney put out a casting call for Younes Bendjima look-alikes just so she could f*ck with the media. But whatever, I’m having fun. Are you?

Also, what is happening with Luka Sabbat? He and Kourtney have been hanging out quite a bit over the past couple weeks, but who knows where that’s going. I guess with a cool 20-year-old, you can’t make things exclusive too quickly. Probably for the best. He seems busy, and also he’s young enough to be her son. For now, it seems like Kourtney is just trying to have fun and enjoy her life, and I’m not mad about it. Whether it’s with Younes, or Luka, or Younes 2.0 The Remix, I just want the best for Kourtney.