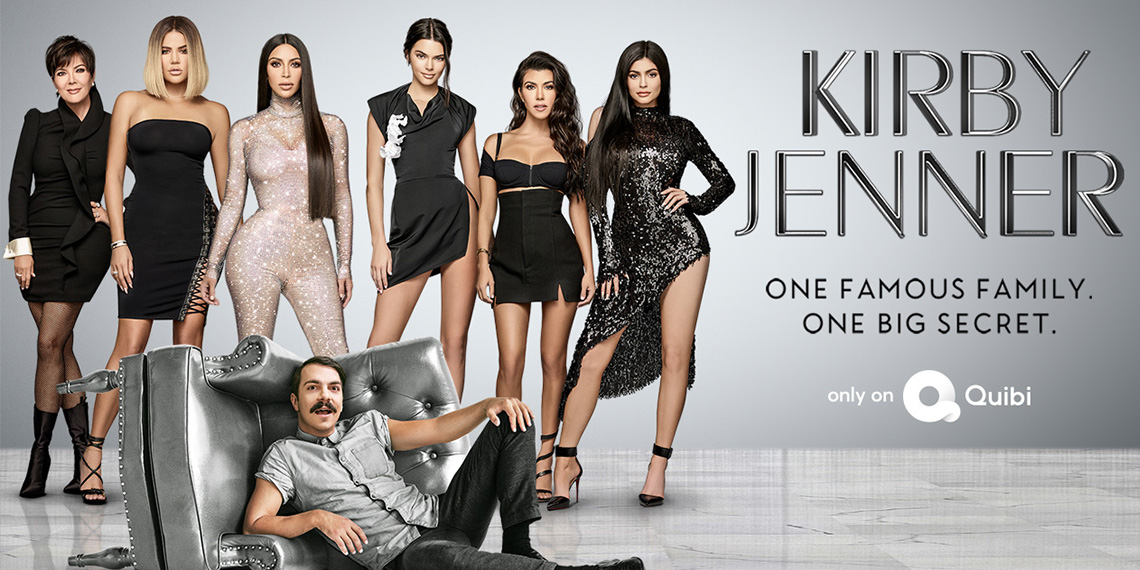 Most of us are nearing the three-month mark on social distancing, and I don’t think I’m the only one who feels like I’m running out of things to watch. I’ve watched too much Real Housewives, season three of Succession is nowhere in sight, and I refuse to watch Game of Thrones, so stop telling me how great it is. But lucky for us, Quibi is still pumping out the new content, and their new show Kirby Jenner might be the best one yet.

For those who are unaware, Kirby Jenner is Kendall Jenner’s long-lost twin brother. Until now, he’s mainly been known for his iconic Instagram account, featuring pictures of him and his famous fam at the Met Gala, the grocery store, and on the cover of Vogue, just to name a few. But now Kirby is stepping into the spotlight, and finally getting into the family business of reality TV.

Couldn’t find two mosquito costumes in time so instead I dressed up like a tent and Kendall dressed up like a campfire haha!! (Tent Suit by @cliffordjago Campfire Dress by @versace) #ThemeWasCamping #KylieWentAsABird #MetsGala

Obviously, we know pretty much everything about the rest of his famous family, but Kirby Jenner has always been a mystery. I wanted to know more, so I interviewed Kirby ahead of the premiere of his new show. I got a glimpse into the behind-the-scenes of his life and his show, and if anything, he’s even more of a mystery now.

Kirby’s show is executive produced by Kendall and Kris Jenner, and it turns out the whole thing was Kris’ idea. No surprise, considering she’s the best momager in the world. Here’s what Kirby had to say about how the show came to be:

“This show was actually kind of my mom’s idea. She mentioned something about a guy named Quibi and how he wants to do a reality show with me… and I was immediately like ‘Whoa. There’s a man named Quibi? What a cool name!’ and she paused (for a long while actually) and was like, ‘No… the network is called Quibi. The man’s name is Jeffrey Katzenberg.’ And I was like, ‘Hmm ok. I don’t know who that is.’ And then she was like ‘Ok. It doesn’t matter.’ So, I Google Jeffrey Katzenberg and realized he was the guy who made freakin Shrek and I was like, ‘Mom. Holy shit. Do you know this guy made freakin Shrek?! Fact: Shrek is like straight up one of the best movies of all time.’ And then my mom was like, ‘Please stop talking.  I already signed the deal.’ SO… a month later I was shooting my show and it’s honestly been pretty fun!”

I feel like you know it’s going to be good when the guy who did freakin Shrek is involved. While the show is mostly about Kirby, the entire family gets in on the action, and Kirby says that doing the show has brought him much closer to his siblings. Before, he was never part of the reality TV aspect of his family, but he says, “After doing my show, it seems like Kimberly wants to hang out more and I’m allowed to look Kanye in the eyes which is a really cool privilege.” Honestly, I would be scared to look Kanye in the eyes, so good for Kirby. He adds, “Oh, and I’m also now invited to Mom’s Sunday dinners which is awesome… except for the parking. The parking SUCKS but the food is impeccable.” This is important information, because if I’m ever invited to Kris Jenner’s house, I’ll remember to take an Uber.

The hilarious (and REAL) show gives us an exciting glimpse into Kirby’s life, from his many business ventures—he’s currently “developing a one-man magic and rollerblading stage show”—to his love life. And speaking of his love life, things seem pretty complicated. For starters, he has a stalker. She’s none other than iconic actress Beverly D’Angelo, and while Kirby seems to have a love/hate relationship with her, he says he’s not “legally allowed to talk about this.” But aside from his sexual tension with Bev, pretty much every model wants him. In this exclusive clip, we see him basically fighting off Heidi Klum’s advances:

So, Kirby Jenner kind of has it all. Business ideas, a long list of suitors, and the perfect quarantine spot. He tells us he’s been “quarantining in Kylie’s back house or ‘mother in law unit’ as they call it on HGTV. I’m pretty sure she has no idea I’m back here tbh. Her house is freakin enormous.” Kirby says he’s been passing the time by watching a lot of 90-Day Fiancé and learning to play the flugelhorn, which sounds about right.

Kirby Jenner is now streaming on Quibi, and it might just be my favorite Quibi show yet. Sorry, Chrissy Teigen, but I just can’t quit the Kardashians.