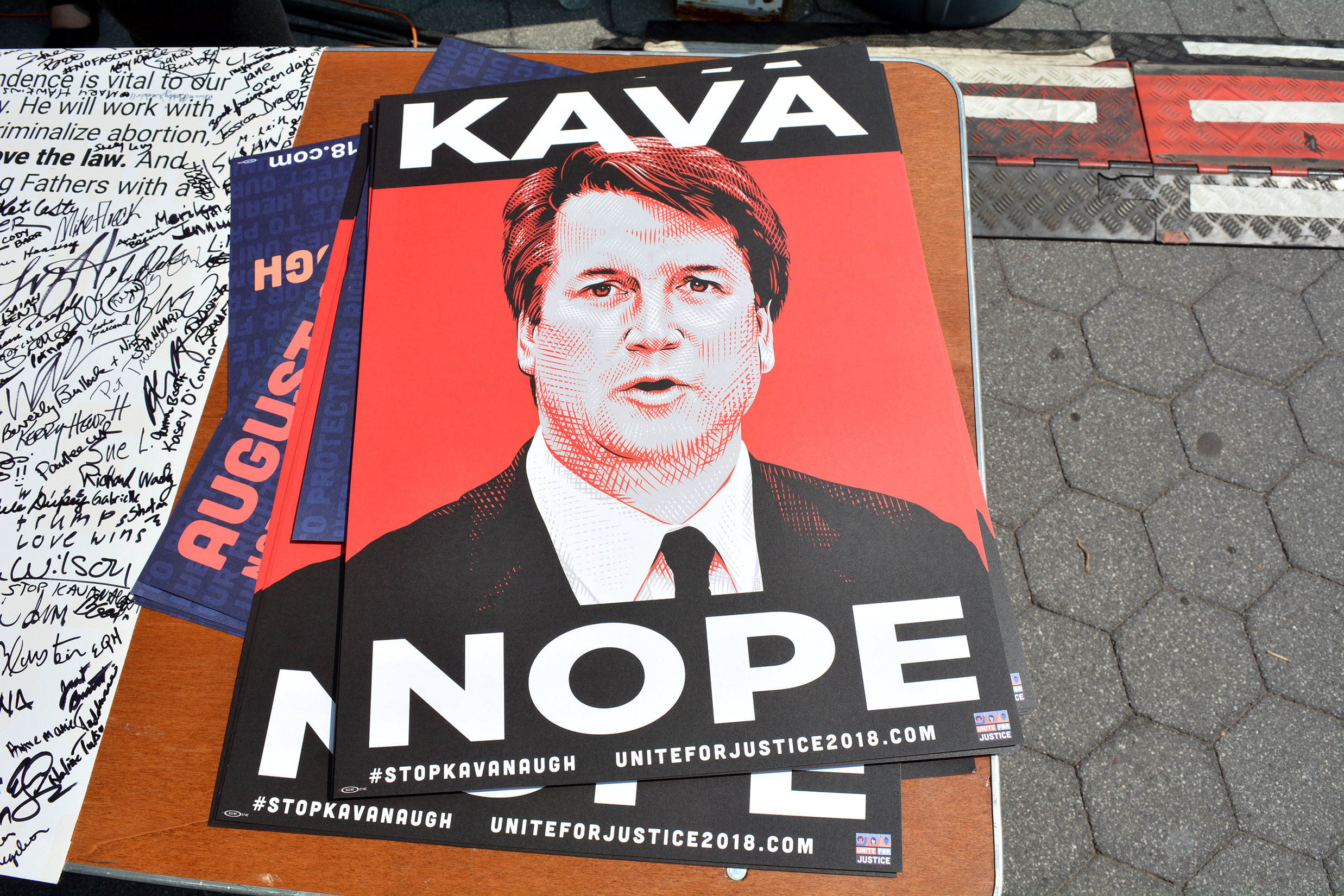 On Tuesday, viewers across the country tuned in to a high-stakes, drama-filled TV special. No, I’m not talking about Bachelor in Paradise. I’m talking Supreme Court nominee Brett Kavanaugh’s confirmation hearing. Given that Kavanaugh could totally push the court far to the right (putting decisions like Roe v. Wade in jeopardy), and also given that the president who nominated him is not-so-low-key implicated in multiple crimes, this confirmation hearing has been way more intense than normal. Here are five key takeaways from the first day of Kavanaugh’s hearing.

Democrats might not have the votes to stop Kavanaugh’s confirmation all by themselves, but they still came in strong. When Senator Chuck Grassley (aka Republican chair of the Senate judiciary committee/sentient corn husk doll) began his opening remarks, Dems quickly interrupted him. Senate BAEs like Kamala Harris and Cory Booker argued that they couldn’t possibly move forward with the hearing because they hadn’t had time to sufficiently review documents related to Kavanaugh. They pointed out that 42,000 pages of documents were only made available the night before the hearing. Honestly, no amount of Adderall can get you through that much reading in one night. Trust me, I’ve tried.

Senate Dems weren’t the only ones making a ruckus. While a group of women dressed as handmaids silently protested in the halls of the Senate, dozens of women were arrested for protesting in the courtroom, including Women’s March co-chair Bob Bland, Coyote Ugly star Piper Perabo (you go, Piper Perabo!), and many other brave people pointing out that Kavanaugh’s confirmation could seriously endanger health care, gay rights, and women’s rights.

3. Kavanaugh made A Yuge Handshake Mistake

I don’t know why it’s relevant, but one of the main arguments for Kavanaugh has been that, even though he might strip away protections for vulnerable groups, he’s like a super-nice guy and a great carpool dad!! But turns out that this OMG SWEETEST GUY ALIVE didn’t have time to shake hands with the father of a slain Parkland teen. When Fred Guttenberg, whose daughter Jamie was killed in the Florida shooting, approached Kavanaugh at the hearing and introduced himself, holding out his hand for a shake, Kavanaugh walked away. (Kavanaugh’s defenders argue that he would’ve shaken Guttenberg’s hand but security intervened too quickly.) There’s video of the incident, so you can watch it yourself to see which side of this super-depressing Yanny vs. Laurel you come down on:

Wow, here you can hear @fred_guttenberg telling Kavanaugh that his daughter "was murdered in Parkland," and Kavanaugh whirls and walks away pic.twitter.com/VdkTij2Vdp

4. Republicans Are Charging Ahead

Despite all the protests, the cloud over Trump, and the unreviewed document dump, Republicans pushed ahead with the hearing, saying that Democrats needed to “stop the charades” and quit politicizing the process. Because they’ve never politicized a Supreme Court nominee… (*Somewhere, Merrick Garland silently stares into a glass of bourbon, a single tear sliding down his cheek.*)

Democratic Sen. Richard Blumenthal, responding to GOP Sen. Ben Sasse’s plea to “stop the charades,” says while he agrees, “part of our job is to review the record of the nominee as thoroughly, as deliberately as possible … we can’t do that on this record” pic.twitter.com/bUBbaF5f2e

5. Kavanaugh Puts Ketchup On His Pasta

Orrin Hatch jokingly revealed Kavanaugh’s weird dining habit, and honestly I feel like this is just more evidence that he does not have good judgment. I don’t want a dude who dumps a bunch of Heinz on his pasta to be deciding what I can and cannot do with my body.

There’s still plenty more confirmation hearing to go, so if you’re as concerned as I am about Kavanaugh’s positions on ketchup (and women’s rights, and presidential immunity, and all sorts of other things), pick up that phone and call your senators.