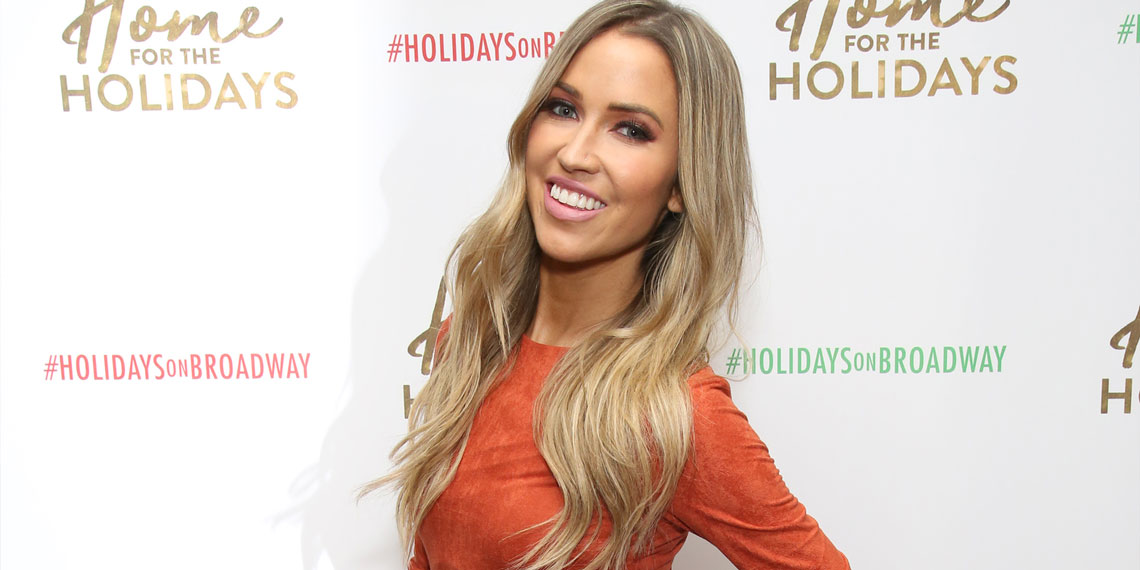 Bachelor Nation Is Mad At Kaitlyn Bristowe For The Dumbest Reason

It’s 2018, and there’s basically no product left that hasn’t been endorsed or branded by a Bachelor alum. Because no one that goes on these shows ever has a real job, they have to get creative to make the mortgage payments on their Nashville McMansions. Today’s example: Kaitlyn Bristowe’s new line of scrunchies. The scrunchie brand is called “dew,” which sounds like a fun lifestyle brand while also allowing for like, seven million puns about “hair-dews” and “just dew-ing it.” Can’t wait for Becca to make a sponsored post about dew-ing the damn thing. You can’t see me, but I’m rolling my eyes very hard right now.

There are nine different scrunchies currently for sale, and all of them are literally just plain colors. The color names are kind of the worst, including “Hues of Dew” (pink), “Rock That Dew” (blue), and “So Vanilla.” What better way to make your product sound boring AF than literally naming it “so vanilla?” There are no fun prints or anything, just nine solid colors, and many of the color names have nothing to do with their corresponding shade. Whatever. There’s nothing wrong with basics, but some fans have taken issue with the price tag—$17 per scrunchie. Speaking as someone who spends my money on the absolute dumbest shit, $17 for a scrunchie seems a little steep. Even a Lululemon scrunchie is only $8, so Kaitlyn’s better be made out of fucking magic hair-volumizing thread or some shit.

Kinda a big “clew” for what’s to come… #dewingit

In response to some criticism on Twitter about the scrunchie prices (lol that this is a real thing we’re talking about), Kaitlyn had some thoughts. She tweeted that the people complaining should send her their budgets, and she could easily find $17 to spend on a scrunchie. People didn’t love that, and honestly it was a weird way to respond. In general, I like Kaitlyn, and I don’t have any problem with her doing her thing, but she also probably didn’t deal with this in the best way. Clearly no one needs a $17 scrunchie to survive, so she should probably calm down a little bit. She also said the budget thing was a joke, but it still feels a little misguided as an approach to try to sell people your products.

This is the LAZIEST and most entitled sales approach. People don’t need you to examine their budgets or critique how they spend THEIR money. You’re looking for them to spend their money, therefore YOU should demonstrate WHY they should buy your product.

But people who don’t want the scrunchies should also just take a few deep, calming breaths. Like, there are lots of things in this world that I can’t afford, and you don’t see me tweeting at Gucci about their prices. Shit costs money, it’s called capitalism. I’m not really mad at Kaitlyn Bristowe for price gouging on some basic-ass scrunchies, because I would probably do the same thing. She also got plenty of positive messages about the scrunchies, and is currently trying to make #ScrunchieGang a thing, so I think she’ll be just fine.

In addition to her burgeoning scrunchie empire, Kaitlyn has lots going on right now. People love her podcast, which I have no desire to listen to but people are allowed to make their own personal choices, and she’s also still planning her wedding with Shawn. Yes, they’ve been engaged for three years, and no, they don’t have a date yet. Usually I’d say something shady about that, but it’s probably smart considering that they got engaged after literally six weeks of dating. Sounds like she’s dew-ing great, so props to her. Can’t wait for future updates about her scrunchies, they’re sure to be bestsellers.