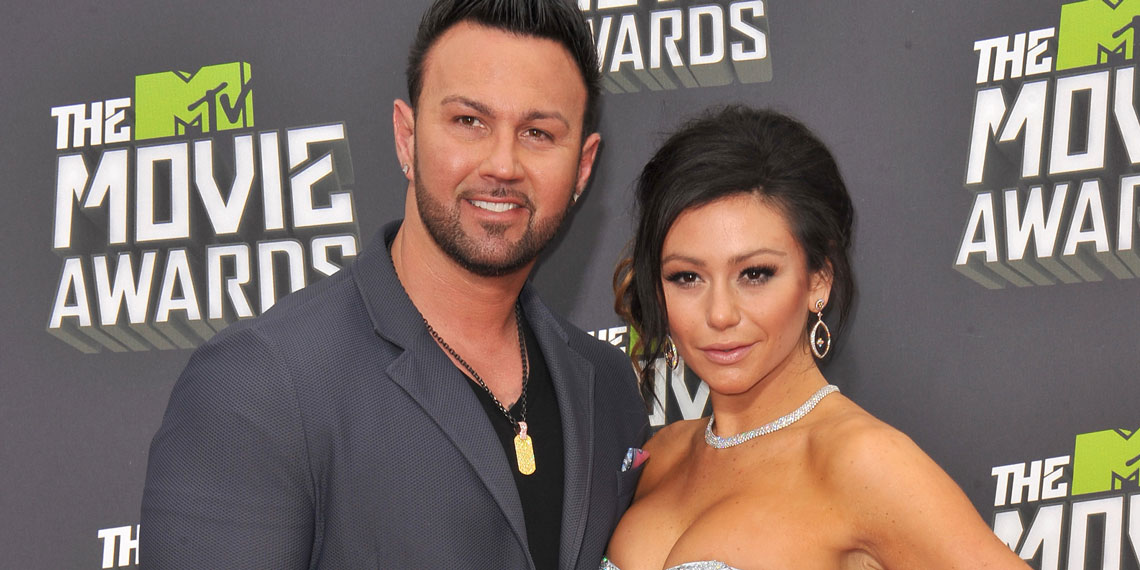 Friends, we have trouble in paradise (or at least some bizarro trailer park version of paradise): TMZ is reporting that JWoww got a restraining order on estranged husband Roger Matthews (and kicked him out of the house) after an apparent altercation. Color me surprised to see the second drunkest Jersey Shore cast member appear in a story containing the phrases “estranged husband” and “restraining order.” Throw in some lotto scratch-offs, and you’ve got the white trash trifecta!

TMZ is light on details surrounding why JWoww got a restraining order, but we know for a fact that Roger did the worst thing possible: He used a sh*tload of Insta videos to plead his case where one video would probably suffice. I’d kick him out of the house for that, too. According to Roger, JWoww started the fight, getting “completely, uncontrollably emotional like she always does.” (He gaslights, too—this guy really does it all!) He says that he went home after the fight, only to be awakened by the cops. They informed him that he didn’t have to go home, but that he couldn’t stay there thanks to a newly minted restraining order. Rog picks things up from the back of his squad car escort:

Reality is stranger than fiction. You guys are about to learn the truth and I promise you. You aren’t ready. The truth is my greatest asset. There is no my truth, there is only THE truth.

There are like 50 more of these (like I said, what a prick!), eventually moving from the squad car to his friend’s couch. If what he says is true, it sounds like it got pretty nasty. Telling your kids (in front of their dad, no less) that you’re sorry you ever had children with him is extremely effed up!

As to what’s true and what isn’t, who knows? JWoww isn’t saying much. All I’ve seen is her latest Insta from an hour ago, which is clearly a statement from a lawyer or spokesperson:

“Any statements and social media posts depicting anything to the contrary are entirely false, misleading, and intentionally designed to cast Jenni in a negative light. She is proud to be a hardworking parent who provides for her children.” Ouch, JWoww. Way to hit a man right where it hurts!

What do I think? In one of his videos, Roger mentioned that he was there to see the kids since Jenni was leaving for work, “again.” My guess is that there was some dust-up over who brings home the bacon in this delightfully broken family. He bitched at her about always being on the road and ignoring the kids, and she shot back something about someone in the family having to work. Again, pure speculation, but we’re all thinking it. Or maybe I just watch too many movies.

The strangest part of this divorce and alleged altercation, to me, is that someone who made millions for being drunk and prone to conflict is exactly like that in real life!