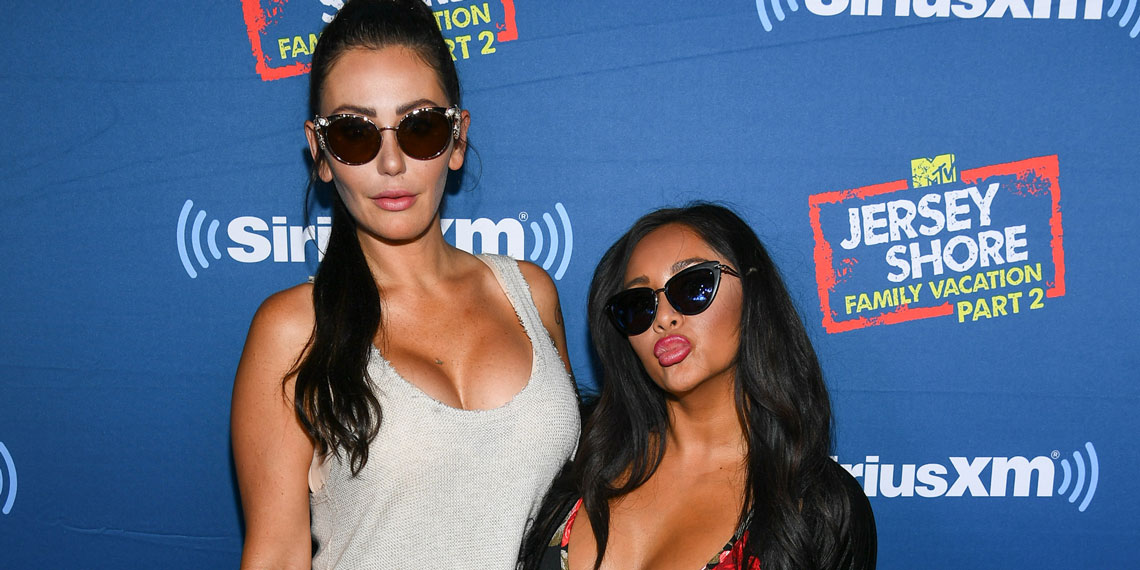 The age-old saying of “Don’t fall in love at the Jersey Shore” proves to be too true as JWoww dropped a grenade on us and filed for divorce from Roger Farley. We watched how excited JWoww was when Roger would come visit her on Jersey Shore, saw their everyday life on Snooki & JWoww, and thought about going husband hunting DTS (down the shore) because of them.

Alas, nothing gold can stay. Two weeks ago, JWoww filed for divorce, citing “irreconcilable differences.” So like, what’s the real reason, though? And we don’t want an amicable “we will always be BFFs” divorce answer. Her court documents state that the marriage has been breaking down for the last 6 months and insiders say that it was a long time coming… even though they’ve only been married for 3 years. K. Roger was also supposed to play a larger role in Jersey Shore: Family Vacation, but opted out because fame and attention aren’t his thing. Jenni, that should be a good thing!

And in case you need another reason to love Snooki, it seems like she’s just as upset about JWoww’s divorce as we all are. (No? I’m the only one who’s upset? Ok, moving on…) Check out this comment she left under E! News’ Instagram.

I mean, to be fair, we don’t know if Snooki is “crying” because of the divorce or because she loves JWoww so much and they really are soulmates. I feel like it’s probably a little bit of both? Roger being out of the picture kind of marks the end of an era, since I can’t remember the last time Jenni wasn’t talking about him nonstop on Jersey Shore. Maybe next season she’ll finally put in a pair of contacts and spend more than two hours at the club? It’s all I ask for in this life.

Whatever the real reason for the split is, we know that Snooki is going to be right by JWoww’s side through it all. These two friends are def soulmates, but Roger isn’t giving up that easily and said he will win his wife back. No matter what happens, we are here for you JWoww, and down for a girls night at Karma if you need it.