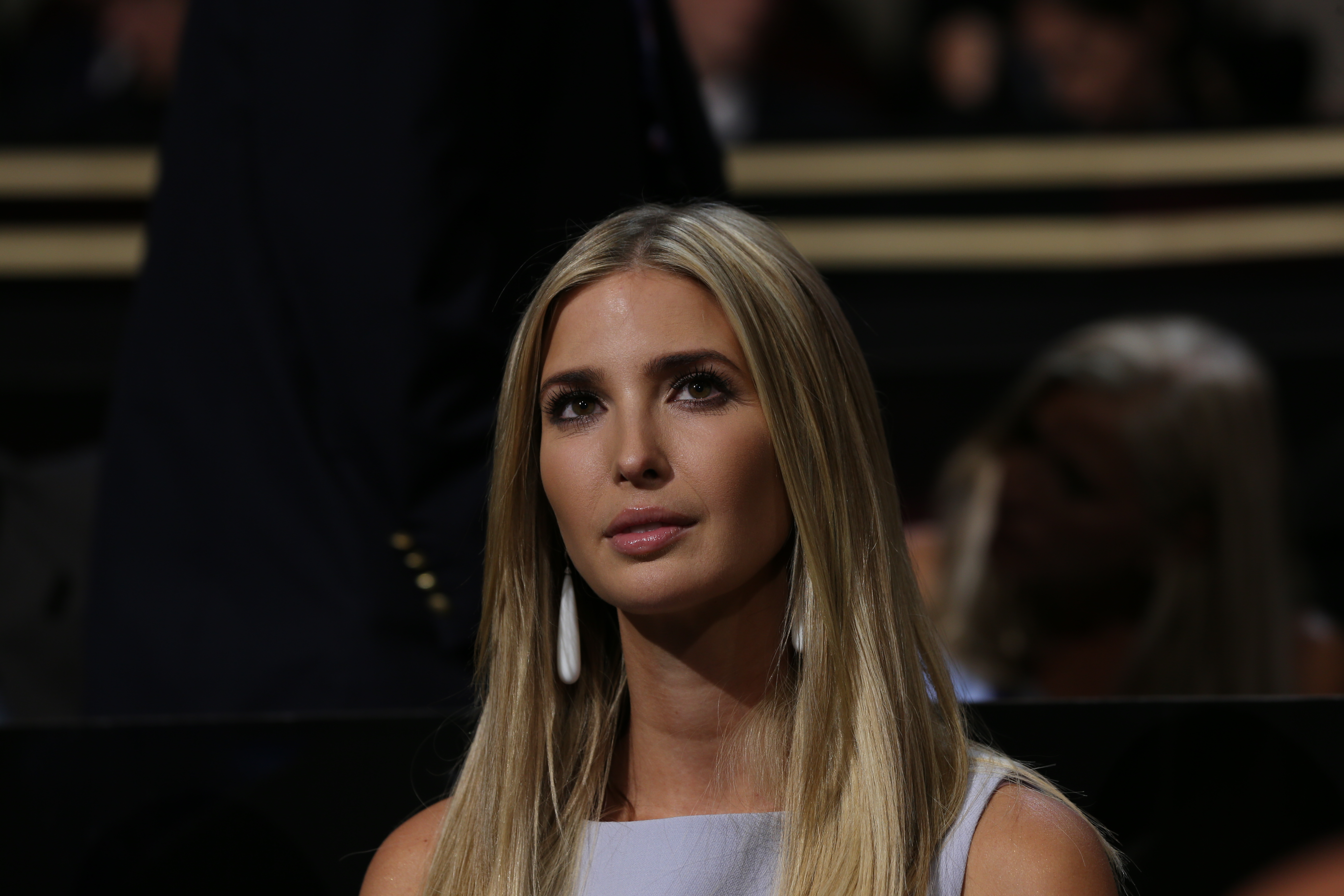 Remember the halcyon days of fall 2016, when the dumbest girls you know still thought Ivanka was going to save us? Unsurprisingly, Ivanka’s tenure as “White House Advisor” has made about as much positive progress as your current summer diet. This former friend of Chelsea Clinton has revealed herself as a selfish, two-faced beyotch. It literally shocks me any time someone seems surprised by this, considering this is a Wharton and Choate educated trust fund baby with impeccable highlights. While Ivanka espouses passions for gender equality, families, American jobs, and other things normal people with souls care about, her social media and actual actions paint a very different picture. Let’s discuss Ivanka’s most egregious hypocrisies since nabbing a White House office, a position I am completely sure she received after a thorough review of her resume. Welcome to your exhaustive guide to everything Ivanka pretends to care about while actually only caring about money!

One of Ivanka’s favorite things to pretend to care about is the welfare of American workers. She even includes “advisor to POTUS on job creation + economic empowerment” in her Instagram bio, so you know (she wants you to think) it’s real. Recently, she wrote an op-ed in the Wall Street Journal opining on the importance of companies adding jobs in America and announcing her father’s executive order creating A National Council for the American Worker. She also posted an insta of herself standing in front of representatives from companies that have signed a pledge to hire American workers. Because this is all about the workers, they were obviously blurred out in the background while Ivanka posed in focus in front. Who doesn’t love portrait mode?!

With these moves, Ivanka took her hypocrisy to a whole new level, considering the fact that her clothing brand is entirely manufactured outside of the US, and  her family’s US-based real estate firm is notorious for hiring foreign workers. When asked, she told a reporter she would not be pressuring the Trump organization, which recently requested permission to hire foreign workers at Mar-a-Lago for a  $10.82 hourly wage, to sign the pledge. The Democratic National Committee decided to clap back, issuing a statement literally entitled “Ivanka Trump is a Hypocrite.” In one of the very few positive shocking twists in the dystopian film we currently live in, Ivanka was actually shamed into shuttering her company last week.

During the recent (and ongoing) family separation crisis, Donald Trump claimed Ivanka’s devotion to families led her to tell him “what a problem” the current situation is . According to an interaction tweeted by New York Times reporter Maggie Haberman, Ivanka basically said “Daddy, what are we doing about this?” and that was it. Now that’s what I call an impassioned defense of children and extremely professional advising, Ivanka! Apparently, her father responded “tough issue, and pivoted to something else,” probably an extremely pressing political problem like what friendship bracelet he needs to buy as a gift for Putin, or what color he wants repaint Air Force one.
To top off the laziest attempt to help immigrants I have literally ever heard of, she tweeted a photo of herself hugging her son and instagrammed a photo of her, Jared Kushner, and their kids. Nothing says,”I’m distraught over the separation of innocent families” like a photo op of you embracing your child while wearing floral separates!

Happy Father’s Day to my love! Thank you for being such an incredible dad (and husband!). We love you #FathersDay

After swiftly being destroyed by legions of twitter users, Ivanka attempted to defend herself by tweeting ““Focus on what is before you, on what you can control and ignore the trolls! Have a great week!” I am sure the families being held in literal cages and mothers wondering whether they will ever see their children again really appreciated this sentiment.

While she has claimed that “improving the lives of working women” is “her life’s work”, Ivanka’s actual life’s work seems to be enriching her family at the expense of literally anyone, including women. Her pre-election Twitter bio included the phrase “passionate advocate for the education and empowerment of women and girls,” but she deleted that portion on the one year anniversary of the women’s march, which feels f*cking pointed if you ask me. I guess it was also the one year anniversary of supporting her father’s efforts to dismantle equal pay protections and roll back access to abortion and contraception.
In her first book, while recuonting an anecdote about being catcalled, she tells readers to remember the importance of “separating the real harassment from the benign behavior that seems to come with the territory.” So, I guess we should not have been surprised that in the wake of over 20 women accusing her father of sexual assault, Ivanka refused to condemn the alleged assaults, instead arguing that it is ‘inappropriate‘ to ask a daughter to cast such a judgment on her father.

Ivanka claims to be an ally to the LGBT community, tweeting that she is “proud to support my LGBTQ friends and the LGBTQ Americans who have made immense contributions to our society and economy.” This heartfelt sentiment did not stop her from remaining silent on social media and in her capacity as an advisor to the President when Trump issued an executive order banning transgender people from the military or when his DOJ filed a brief contending that workplace protections from discrimination do not apply to transgender people.

Another issue Ivanka pretends to care about is climate change, a problem she discussed with Al Gore and Leonardo DiCaprio during the transition. However, when her father decided to pull out of the Paris Climate Accords, she was once again nowhere to be seen, and was probably in her office filtering a picture of herself on a private jet.

In the immediate aftermath of Trump’s Muslim ban, as refugees were being turned away at airports and protests were sparking up across the country, Ivanka decided it was a great time to Insta her and Jared at a gala. Besides the fact that two White House Advisors probably should have been in their offices addressing the mounting domestic crisis instead of out partying, Ivanka really took her hypocrisy to a new level by wearing a silver dress strikingly reminiscent of the silver blankets given to migrant kids in detention centers. This is not a who wore it best question anyone wants to ask.

Despite the fact that she is possibly the only female entrepreneur less self-made than so called self-made woman Kylie Jenner, Ivanka claims in her first book that none of her ‘accomplishments’ were achieved “by any kind of birthright.” Sure, and your dad won the popular vote.
So, democracy and hard work round out this depressing list of shit Ivanka clearly could not care less about. The moral here is: Ivanka is more two faced than Arie and every real housewife combined, and she’s about five steps from the leader of the free (for now) world most of the time. Hopefully, she is as dumb as her Nate Archibald knockoff of a husband and will get her security clearance revoked any day now!
Heads up, you need to keep up with the news. It’s not cute anymore. That’s why we’ve created a 5x weekly newsletter called The ‘Sup that will explain all the news of the week in a hilarious af way. Because if we weren’t laughing, we’d be crying. Sign up for The ‘Sup now!