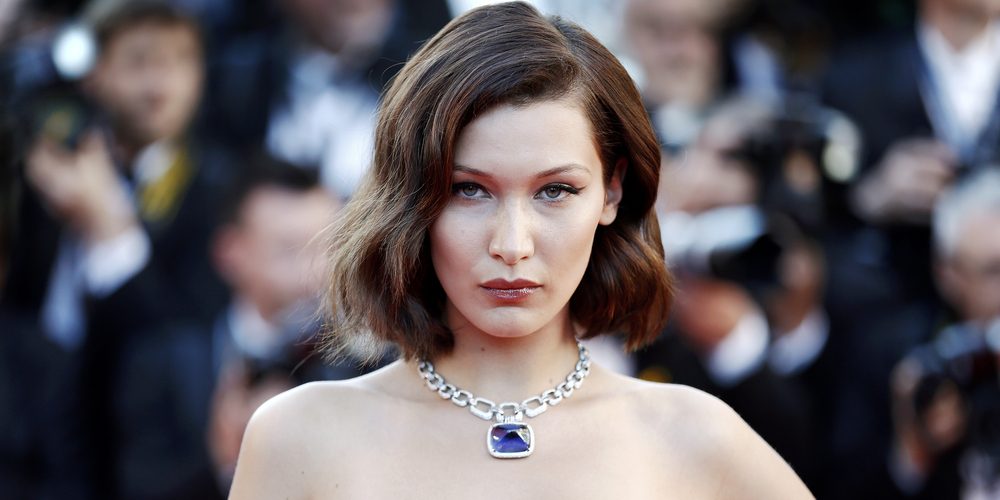 It Sure Looks Like Bella Hadid & The Weeknd Are Back Together

Well guys, it happened again. As much as I try to not give a shit about what the Hadid family is up to, I just do. I fucking care. And that’s why, when Bella Hadid posted an Instagram story at The Weeknd’s house the other day, I felt like my months of waiting had finally paid off. I promise I have a social life, but this shit is important.

In recent months, there have been lots of warning signs about Bella and Abel (I can call him that because he’s a close personal friend) getting back together, so let’s recap. It all started when people reported they were seen making out at Coachella, but Bella claimed it wasn’t her. Whatever, I’m not going to call her a liar. Also at Coachella, The Weeknd was seen hanging out with Justin Bieber’s ex Chantel Jeffries, and Bella Hadid was flirting with rapper Kyle, so it’s clear that things weren’t too serious, whether or not they were making out. Ah Coachella, so many horny people in the desert, so little time.

After Coachella, they were next seen hanging out at the Cannes Film Festival, because of course. Both of them are the type of famous person who have no true reason to be in Cannes, but I’m also 0% surprised that either of them were there. Why is this not my life? They were spotted making out again at a Cannes party, and then they hung out again the next day.

Live footage of Bella stringing The Weeknd along with little to no commitment:

Fast forward to last week, when Drake dropped his new album Scorpion. The album is ab0ut four hours long, but the only song I really care about is “Finesse,” which has nothing to do with Bruno Mars or Cardi B, but instead contains lyrics that really seem like they’re about Bella Hadid. Apparently there have been casual rumors that she and Drake were a thing, but no one really had any evidence. On the song, Drake says “Should I do New York/I can’t decide/Fashion Week is more your thing than mine/You and your sister/Too hot to handle.” Literally who could that be about besides Bella? However, on Twitter, Bella responded to a tweet saying that she’s never slept with Drake.

While her emoji choices are a little concerning, I pretty much believe her when she says she’s never slept with Drake. That doesn’t mean they’ve never made out or something like that, but they’re probably not a legit couple. We know this because…

Bella was hanging out with The Weeknd all weekend long. In my mind, that’s when things really started to solidify. On Saturday, Bella posted this Instagram story of The Weeknd’s house, and the photo even has a timestamp that shows it’s current.

This photo looks like a still from a horror movie, which seems like the right aesthetic for this couple. If you look closely, The Weeknd is actually standing on the balcony in the distance, looking like he is absolutely going to murder some people with an axe. But back to the important part. Bella Hadid was hanging out at The Weeknd’s house as recently as three days ago. And before anyone is like “maybe they’re just friends again, let them be happy,” they dated for two years, and have recently been seen making out in public. She’s not at his house to do pedicures and lounge by the pool. Grow the fuck up.

On Sunday, they were seen together again, going out to dinner in Beverly Hills. A witness said that the pair were “snuggled in the back corner” of Matsuhisa. What is with these celebrities not just making out in the comfort of their own homes? This is only slightly less upsetting than Justin Bieber and Hailey Baldwin making out in literally every park in New York City. GET A ROOM, PEOPLE.

So for now, it seems very likely = that Bella and The Weeknd are an item again. I don’t know how serious things are as of right now, but they’re definitely enjoying each other’s company. Meanwhile, Drake is stuck with a random baby, and he doesn’t even get to sleep with Bella. The Weeknd is definitely winning right now. Now I just Zayn and Gigi to get back together, and my 2016 Hadid Dream Team will be complete once again.