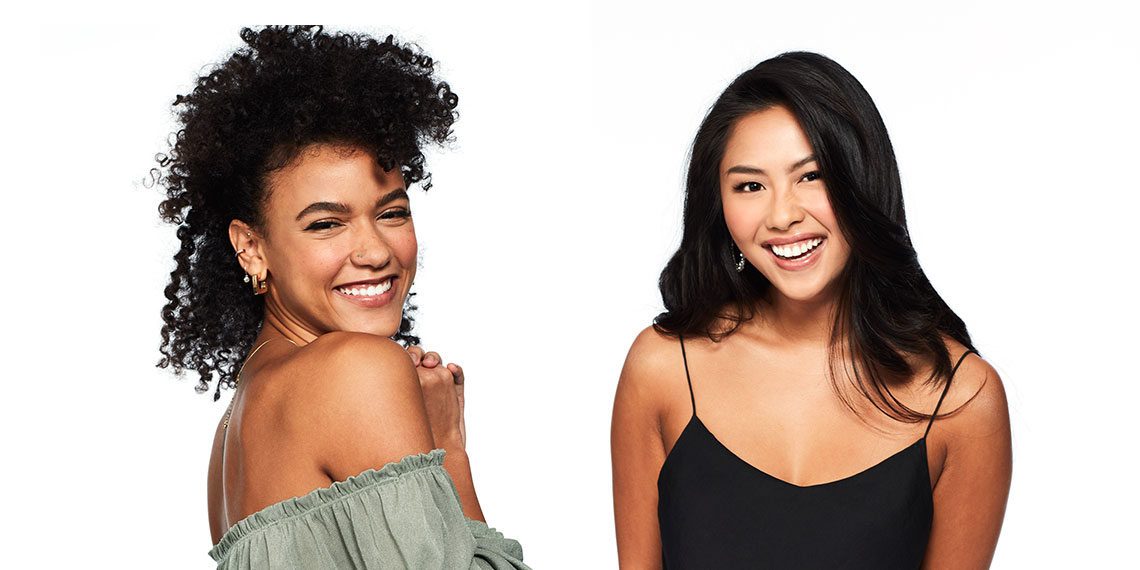 UPDATED: Are Two Of Peter’s ‘Bachelor’ Contestants Dating Each Other?

UPDATE: Well, sadly, it wasn’t meant to be. Jasmine and Alexa clarified on Instagram that they’re not dating, which means we’re back to square one in terms of finding any silver lining in this trash season of The Bachelor. It was probably always too good to be true, but now we have confirmation.

On Tuesday, Alexa posted a clarification on her Instagram story after the news of her and Jasmine’s potential relationship went viral. “I wasn’t going to address this because I thought it would just blow over, but I see now I’m getting a lot of questions and the story seems to be getting bigger. We don’t want to mislead anyone. Jay and I are not dating. She’s one of my best friends. I’m sorry to get your hopes up! That would be a great story. She really just thought that was a cute caption and didn’t think much of it. Jay is beautiful, kind, down to earth and very straight. Here’s to our friendship @_jasminenguyen.”

Well, that’s disappointing, but I’m glad we know for sure. The caption was definitely a little bit misleading, because I clearly wasn’t the only one who just assumed they were dating. Still, it’s nice that they became such close friends during the show, and this probably strengthens the chance that one or both of them will end up in Paradise this summer. Neither of them made it too far on The Bachelor, but getting people talking about their personal lives can only help. Kelley probably won’t be going, so there’s one more spot up for grabs.

On this season of The Bachelor, moments worth celebrating have been few and far between. We’ve suffered through a season full of uncomfortable conversations, ridiculous drama, and emotional outbursts, and the prospects of Peter finding love between his final three contestants are slim. But at least one good thing came out of this dumpster fire of a season, because it looks like two of Peter’s contestants are dating each other.

On Sunday, Jasmine Nguyen posted these photos with Alexa Caves, and the caption implies that the two have started dating each other. Wow, I love that they saw what a mess The Bachelor was, and just decided to take things into their own hands. Both of them were sent home on week three of Peter’s season, and even though they didn’t stay too long, they both seemed like really great women who didn’t get enough of a chance. Peter’s loss, because they look incredibly cute together.

On Sunday, they were hanging out with some other Bachelor Nation alums, including Kelley and Clay, which sounds like something I really should’ve been invited to, but I’ll take it up with them another time. Clay even shouted out Alexa and Jasmine on his Instagram story, calling them his “favorite #bachelornation couple.” Same Clay, same.

It’s unclear when Jasmine and Alexa first started seeing each other, but if it was while they were in the Bachelor mansion, and ABC didn’t show us the footage, I’m gonna be unbelievably pissed. I know we’re supposed to be focused on Peter finding love or whatever, but who actually cares about him? This is the kind of sh*t that makes reality TV worth watching! If this was Real Housewives, this would’ve been the main plot for like, half of the season, and then maybe we would’ve checked back in with Peter for the last couple weeks.

That brings us to tonight’s Women Tell All episode, and I’m desperately hoping this will be addressed. But I’m also not going to get my hopes up, because this is supposed to be about Peter, and there was nothing about Alexa or Jasmine in Reality Steve’s WTA spoilers. Sad! After focusing so much on Demi and Kristian last summer, I was hopeful that the Bachelor franchise would start getting a little more queer across the board, so I do hope it gets addressed.

As for Jasmine and Alexa, I really hope they can make it. It’s pretty much the only thing that will save this season from being a complete waste of time, so we’re all rooting for these two right now. Don’t let us down! Or if you’re going to break up, at least go on Paradise to do it, so we can all see the drama. Thanks!