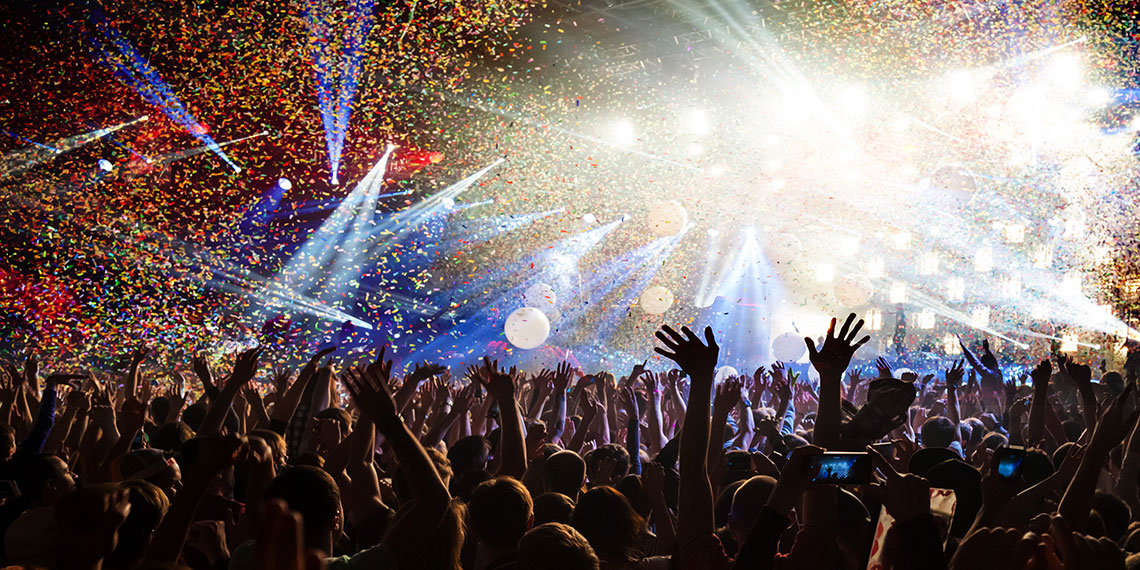 Is The Lovers & Friends Festival Going To Be A Fyre Fest Repeat?

We’re officially in the lead-up to festival season, which means new lineups are being announced almost daily. While we’ve already talked about the disappointingly male-heavy Coachella lineup, and which Bachelor alums will be getting hot and heavy at Stagecoach, but this week, we got a look at the lineup for Lovers & Friends, a new festival in LA this May, and it almost seems too good to be true. Stacked with iconic rappers pretty much from top to bottom, people were quick to question the legitimacy of the lineup, and basically all of Twitter was already calling Lover & Friends the next Fyre Festival.

So, first of all, let’s talk about this lineup. Usher, Ludacris, and Lil Jon could all be headliners on their own, so it’s crazy that they’re sharing one slot. I would pay a premium JUST to see TLC. Megan Thee Stallion and Summer Walker are two of the biggest newer artists in hip hop. And Ms. Lauryn Hill? A total legend, even if the chances that she shows up on time are slim to none. When it comes to hip hop festivals, it’s hard to imagine a better lineup than this. And, because they’ve been burned before, people were skeptical.

And all of the questions weren’t without good reason. While many of the artists on the lineup have posted about the festival, some have posted cryptic messages or outright denials. Lil Kim, one of my favorite messy queens, posted on her IG story, saying that the lineup is “so fake” and that she’s “not a part of this.” Yikes.

But Lil Kim later deleted her story, and we got clarification on what happened from none other than Snoop Dogg. Snoop, who says he’s one of the booking agents and promoters for Lovers & Friends, posted a video on Instagram, asking Lil Kim to hit him up in the DMs. He says that his team was in contact with someone who claimed to be on Kim’s team, but obviously they got scammed or something. He’s adamant that he wants to “get you this money,” so we’ll see if they’re able to work something out.

Sign up for ya presale tix for Lovers and Friends Festival at loversandfriendsfest.com May 9th in LA 🤜🏾🤜🏾

While it seems that Lil Kim’s inclusion was a genuine misunderstanding, she wasn’t the only artist to call out the new festival on Instagram. In a comment on the lineup post, Mase was not thrilled with his inclusion. Honestly, this comment is me any time I’m included in a meeting that I don’t actually need to be in. Best of luck, but miss me with that sh*t.

Twista also had something to say in the comments, but later changed his tune, presumably when the deposit hit his account. As someone who’s been a freelancer in the past and sometimes had to beg to get paid, I respect this!! Twista got his bag, so now it’s all good.

But aside from these few artists speaking out publicly, fans noticed that a couple artists on the lineup were now double-booked. In particular, Megan Thee Stallion is scheduled to be at Broccoli City, in Washington DC, on the same day, and T-Pain is on the Saturday lineup for Rolling Loud Miami. Interestingly enough, neither of them have made any public comments about whether or not they’re actually playing at Lovers & Friends, or if they’ve discovered the real-life version of Hermione Granger’s time-turner.

Broccoli City obviously noticed the tweets pouring in about the booking situation, and they tweeted saying that Megan Thee Stallion would be doing both shows. Duh, private jets are a thing! But interestingly enough, this tweet has now been deleted, which makes it seem like maybe the logistics weren’t so easy after all. It’s a six-hour flight from DC to LA, so even with the time difference, they would have to line up the schedules perfectly if there’s any chance of this working.

Rolling Loud Miami, where T-Pain is scheduled to perform on May 9th, didn’t make any official comment on the situation, but posted this tweet, which seems to be throwing a little bit of shade at Lovers & Friends.

So, as Oprah would say, what is the truth? Basically, the festival is definitely real, and the organizer is the same company who does Coachella. But, as any festival will tell you, lineups are always subject to change, and I would be pretty shocked if everyone who’s on this lineup poster actually shows up. Like, Lauryn Hill is showing up two hours late, if at all. So if you live in LA, it’s probably worth buying a ticket just to see wtf actually ends up happening, but don’t get your hopes up that Megan Thee Stallion will actually make it in time. But hey, at least you won’t be trapped on some remote island in the Bahamas!