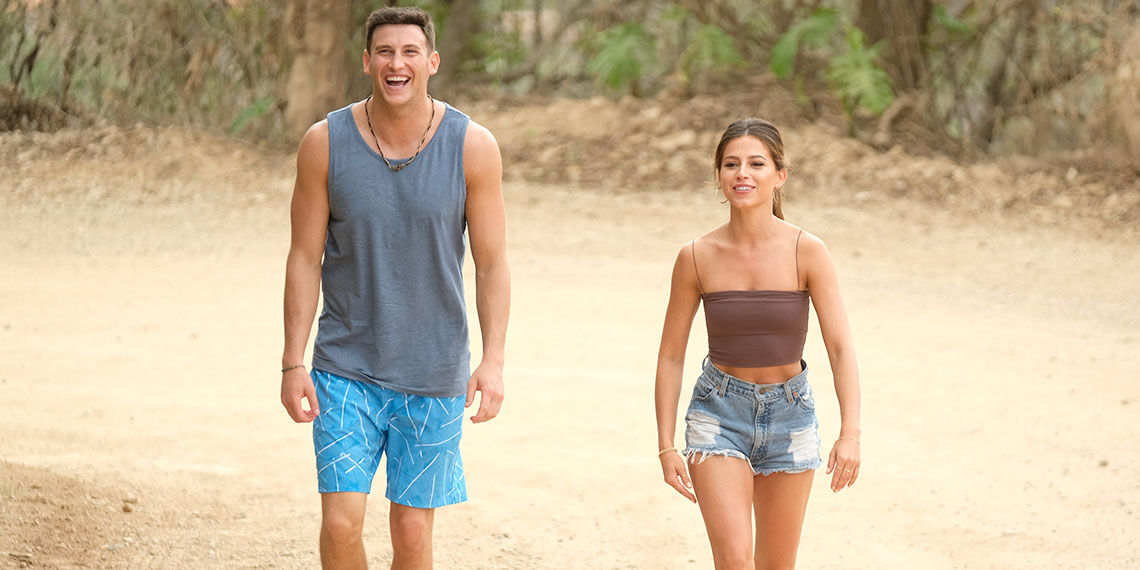 Which ‘Bachelor’ Alums Will Hook Up At Stagecoach 2020? Our Predictions

Summer 2019 will be remembered for many reasons. It was hot girl summer. It was the summer we discovered that when you play the Game of Thrones, you drink Starbucks or you die. We took our horse to the Old Town Road. And of course, we couldn’t turn on our televisions without hearing about Stagecoach. Stagecoach. Stagecoach. Stagecoach. Annoyed yet? Exactly. By now, anyone with a TV and moderate pop culture knowledge, as well as those of us that were chained to our couches for four hours a week, seven weeks in a row *raises hand* have the word Stagecoach etched into the back of our eyelids. We see Blake’s haircut in our nightmares. And now, we get to do it all over again! That’s right, Stagecoach just announced their 2020 lineup, and that sound you hear is hundreds of former Bachelor cast members finally clicking order on the “authentic cowboy hat” they had saved in their Revolve cart for weeks. We know that last year Stagecoach was a fountain of wealth for Blake, but who will get themselves into sexual pickle this year? Read on for our predictions!

Blake might have been publicly shamed for his behavior at Stagecoach last year, but that doesn’t mean he won’t return to the scene of the crime to revel in his former glory. Mindhunter reminded me that serial killers do that, so I think it’s pretty fair to assume that a serial booty-caller would do it as well. Here’s my prediction for Blake: While he’s remembering his former conquests, he will run into Caitlin Clemmens, who he dumped in Paradise to give Kristina a “friend rose.” He’ll realize he never slept with her at last year’s Stagecoach. He’ll apologize. He’ll cry. He’ll mention that time his mom was sleeping with his coach. And bam! Just like that, they’ll sleep together. Then he’ll block her on Instagram and start DM’ing her friends. You deserved better, Caitlin! And I’m not just saying that because we have the same name!

Hear me out. Morgan Wallen is one of the acts performing on night one. Sure, he has a mullet, but he’s single and I don’t hate his music, which I have heard live at a Florida Georgia Line concert with my mother and her friends (Don’t ask. Okay, fine, ask, but that story is for another time). Amanda’s BFF Lauren Bushnell is engaged to another country singer, Chris Lane, and since Lauren and Amanda are basically morphing into the same person, why not also date men who are virtually interchangeable? Plus, Morgan’s on the rise, and Amanda might need someone with ~influence~ to get her out of all that legal trouble, am I right?

Poor Derek. He’s never going to be the Bachelor. Demi dumped him and then got engaged to someone else. He got in a screaming match at a wedding before anyone was even drunk. It was a rough summer for our favorite Jim Halpert lookalike. But, as JPJ aggressively pointed out, Derek has a podcast, and what better way to promote said podcast than by being at Stagecoach? In any case, Derek deserves love. I’d love to see Derek with Kirpa from Colton’s season. She’s gorgeous, and she’s funny, and she didn’t get half the attention I feel she deserved. That chin injury was solid gold. And based on the fact that Derek and Demi got along so well, I like to think that he’d be into another funny girl. Do it, guys!! Make me proud!

Feet hurt too bad to think of a caption! 🤠🎡

^^It’s alarming how much all these pictures look alike

Mike Johnson continues to shoot his shot with the hottest celebrities, and I think the sooner he realizes that only a select few celebrities watch The Bachelorette and know who he is, the better. When that day comes, I think he’ll settle down and find himself a nice Bachelor woman, and I’m betting it will be Becca Tilley. Of the still-single Bachelor alums, she is one of the most famous. Plus, she’s just launched her own clothing line, and she’s hot. I only want good things for Mike, and if that can’t be eternal happiness with me, I guess I’m cool with him settling for Becca.

Yesterday was a dream. Thank you @iheartradio @millerlite @kramergirl for such a great day. 🇺🇸

PLOT TWIST!!! Jed shows up to Stagecoach in a desperate ploy to get attention, and torments serenades all the women walking in to the tune of “I wanna be your Mr. Right.” Only Kristina falls for it.

And those are my predictions! What do you think will happen at Stagecoach 2020? Will people find a more original picture location? Will we have little Bachelor Nation offspring running around nine months later? Will cast members get hit with more lawsuits? Only time will tell!