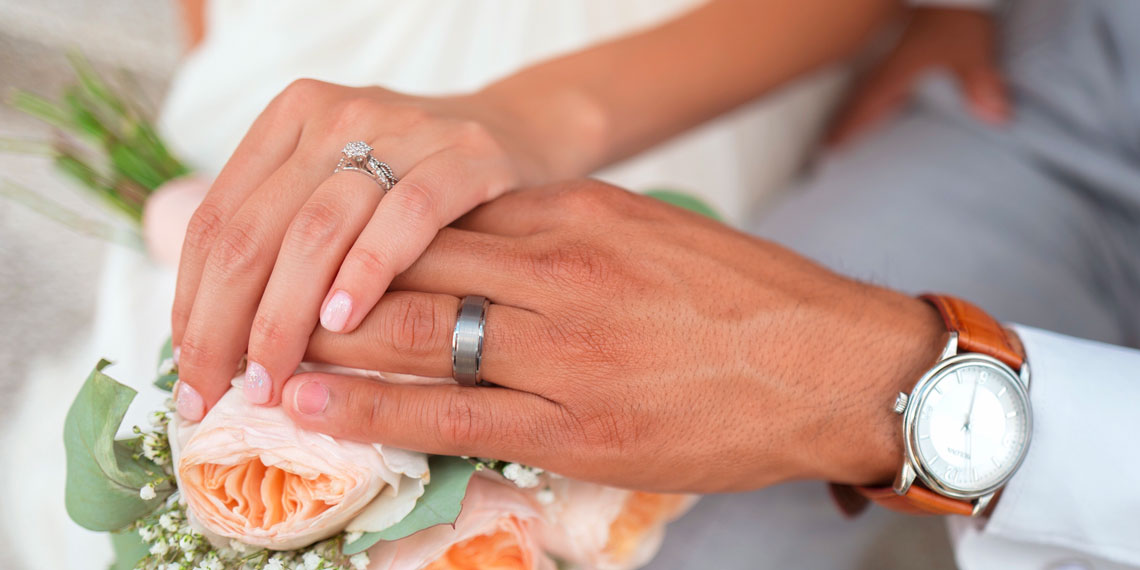 Is Planning Your Wedding When You’re Not Engaged Insane?

I’ll truly never know why women are offended at the assumption that all little girls plan their future wedding. All that proves is that we are and have always been f*cking organized, which everyone already knew, so what’s the big issue here? For those of you with no sense of humor who are about to explain it to me in the comments, I’m being facetious, so chill out. Moving on!

There’s something to be said about planning for an event to which you haven’t technically been invited yet. For example, I started painting my cooler for frat formal before I was technically asked and, you know what, I got to study for finals while all of my friends were slaving over their Yetis. On a scale of one to Lindsay Lohan’s fake British accent, how obvious is it that I went to college in the South? So, while prematurely buying and decorating said cooler may have been a little much, pre-planning is actually pretty normal—and expected—when it comes to weddings. Look, I’m a firm believer in the surprise element of proposals, but I don’t think the idea of getting married to the person you’re dating should be a shock. When I think of that, I think of those painful YouTube videos of guys proposing to their girlfriends at basketball games on the big screen, and the poor girl just, like, does not know what to do, but she def isn’t saying yes. The lesson? If you’re dating someone for a certain amount of time, it’s a good idea to have some kind of discussion about your future, if for no other reason than avoiding public humiliation at a Knicks game in front of thousands of people. But, like also so women can do what we do best and make a tackling a giant project (like planning a wedding) look easy. So, if you want to get ahead on wedding planning before getting engaged, read on for tips from Josh Spiegel, Creative Director at Birch Event Design.

Why Would Someone Start Wedding Planning Before Getting Engaged?

Look, the real question is why does anyone do anything before they have to? That, I’ll never know, but what I can tell you is that planning a wedding has a lot of moving parts and getting on top of that sh*t is imperative if you want to spend the big day actually enjoying yourself. Of course, getting a jump start on likely the most stressful year of your life may not seem like something you’re truly dying to do, but if you’re one of those couples who must wed over a long weekend like Memorial Day or Thanksgiving, you don’t really have a choice but to start wedding planning before getting engaged, like, a good six months before you even see the ring. I exaggerate, but you do need to lock down the big vendors early—before you get engaged—if you want to have a wedding that doesn’t take place in your living room. Spiegel says, “Planning in advance is smart for those looking to wed during major weekends. If you’re looking to get married during a popular time of the year, you should book ahead of time so you can ensure you lock in the venue, band, florist, photographer, and other top vendors that you want.” Exactamundo. The two real reasons to book these vendors early is because other eager couples may get there first, but also because these vendors are also people who may have holiday plans. Ideally, they’ll blow off their families for a big-ass deposit, but they’ll prob want plenty of time to convince their loved ones that money is more important than Christmas. So think of them and ask in advance!

What Elements Can We Tackle Before The Engagement?

Obviously, you can’t like, go dress shopping before you get engaged, because that’s just weird and unnecessary. Generally, you go dress shopping with your friends/mom/sister/etc. and I imagine it would be an awkward invite asking them to go to the wedding suite at Nordstrom with no ring yet. So, if you are dying to get started on your lists and your spreadsheets, there are def some things you can plan pre-proposal. Spiegel says, “In general, we believe that people who plan their weddings before they’re engaged are making a smart decision. Recently, more than not, we’re working with clients who are booking their vendors in advance and locking their dates in.” I respect these clients and I would like more people like them in my life, please. I can’t tell you how quickly your local florist or cake baker will book up, but from sitting next to my engaged coworker who I’m pretty sure is ripping out one eyelash per venue that is booked for her date, I do know that venues book up eons in advance. The bottom line is that if you know you are getting engaged within the next few months, don’t wait until you get the rock to break out your secret wedding Pinterest board. Unless, of course, you don’t want to because the thought of planning anything except for dinner this weekend stresses you the f*ck out.

How Many People Start Planning Before The Engagement?

You know when you do something you think is weird, like, I don’t know, not leaving your apartment for an entire weekend to binge Queer Eye or weeping harder than you’ve ever weeped at Queer Eye? Same. But there’s nothing more reassuring than other people engaging in the same weird sh*t you do because that makes you feel less weird, right? Same, girl! Ok, so wedding planning before getting engaged is the same way because you are not alone here. I know that if I fully booked my venue before my engagement, I’d feel like both a badass boss and a complete psycho, but after hearing the cold, hard facts from Spiegel, I actually feel pretty ready to plan the entire wedding sans ring. He says, “Percentage wise, about 50 percent of couples are now booking their venues before engagements and about 20 percent of our clients come directly to us before they’re engaged.” Shut. The. Front. Door. 50 percent?! I know that’s a small number if we are talking, like, chances of survival or exam grades, but for re: the amount of couples who plan the wedding before the engagement, that’s a pretty astonishing number. But I do have to ask, if both parties of the couple are taking part in the pre-engagement planning, why wouldn’t one of them propose already? Just a thought.

Are There Any Downsides To Planning Before The Engagement?

Like most things in life, yes. Spiegel says, “One downside of planning early can be locking into contracts with vendors when you haven’t discussed details. This can lead to improper spending since you might not have budgeted correctly or may not have had to chance to do all of your research.” As a 25-year-old with a skin care addiction, I am v familiar with the concept of improper spending and, let me just say, it sucks. For example, my sister just booked her $300 an hour makeup artist who uses only Chanel products (lol same) because she felt pressured to just make a decision, but look where that got her. That’s $300 she could have spent on more cupcakes. Also, I just have to say, if you are a person who refuses to use non-Chanel products, who the f*ck are you and how do I get into your line of work? Anyway, the only reason we book these vendors so early is because we feel pressured, right? We need to figure out how to use that pressure for good instead of for making terrible decisions that will likely leave us in a sticky spot come the wedding. Not sure why I am including myself in this scenario, as I am lightyears away from an engagement, but hey, that doesn’t mean I can’t start planning now!! Is it too early to book the Boathouse in Central Park for my wedding in 17 years? LMK, thx!