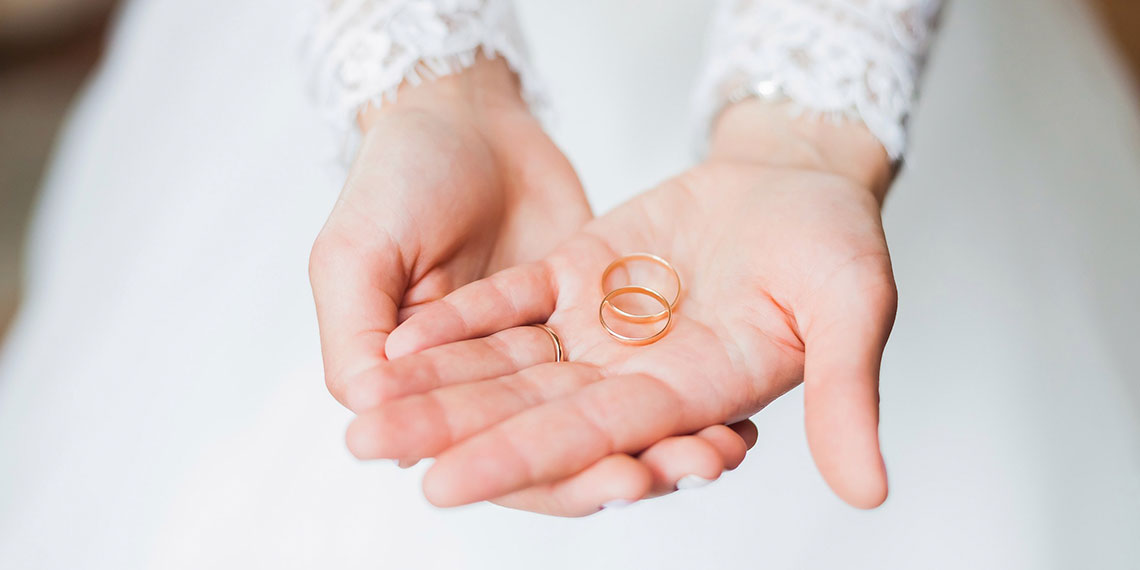 Is It Normal Wedding Stress Or Serious Red Flags? How To Tell

Anyone who has participated in wedding planning can agree that it can be so damn stressful. Whether you’re the bride, groom, MOH, MIL, or bridesmaid, there is a to-do list longer than a CVS receipt. First, you need a budget, a date, and a venue. You also have to make these decisions fairly quickly and pray your venue isn’t booked by some un-engaged girl already planning her fairytale wedding. Next, you have to coordinate vendors, the dress, your bridesmaid dresses, invitations, honeymoon… I think you get the point.

We’ve all heard the term bridezilla, and there’s a reason for it. Weddings are a lot of work, and they can bring out the worst in people. I, myself, have been in a handful of weddings and have witnessed couples fight over the most trivial things. Really?? We’re getting pissed over linen patterns or up lighting?? I’ve seen these spats over decor turn into a scene from Fight Club.

As a former bride and also as someone who has called off her wedding, I’m familiar with tension before the big day. My ex-fiancé and I bickered about the guest list, venue, flowers, you name it. These wedding quarrels morphed into us going to war about everything from finances to family to our careers. Before I called it off, I would constantly question if everyone who plans a wedding struggles with this or if I was just in the wrong relationship. Spoiler alert: it wasn’t normal.

Why Did You Get Engaged In The First Place?

Social media has really changed the game for engagements and weddings (I blame Laguna Beach for starting prom-posals). There’s nothing wrong with it, but today it’s pretty much the standard for people hire photographers and plan over-the-top engagements, which they then post over and over again on Instagram. Same goes for weddings. Every part of your wedding day is documented by friends and family on social media. Let’s not forget about the teaser pics right after the big day that only warn of a few weeks later when your IG feed will be inundated by wedding shots.

Wedding Stress: It’s normal to overthink your hashtag or worry about selecting the perfect photographer. You’re paying a TON of money for these services, so you have the right to be picky. But ask yourself: if you took away the fancy dress, flowers, and glam squad, would you still want to marry this person and spend the rest of your life with them? One of my best friends was so over her family’s BS that she and her now-husband canceled their 300 person extravaganza and had a surprise wedding with 40 people instead. This didn’t stop her MIL from wearing a white gown to the event, but at the end of the day, it was about their love for each other—not the fancy ballroom.

Red Flag: If you answered no to the above question, you might want to reconsider this engagement. If all you care about is how your wedding will look to others, this is not a good sign. If you can’t imagine this day without all the bells and whistles or if it makes you cry inside thinking about someone posting an unflattering photo of your venue on, take a step back to reflect on why you actually want to go through with this. After I got engaged, I posted a picture of my proposal on Instagram within an hour of it happening. I remember being annoyed by the caption my ex used for his post (something along the lines of “she said finally”). While it’s normal to share your engagement on IG, looking back, I should have been more excited to celebrate our engagement with him and less concerned with the perfect filter or caption.

How And Why Do You Fight?

It’s expected to have disagreements about venue location or booking a band vs. a DJ. Everyone has a vision of what this day will look like. I’m sure you’re also getting forceful opinions from your family or future in-laws. You might bicker about your guest list—should you invite your creepy uncle or your future father-in-law’s clients? Does your fiancé’s #foreveralone bestie get a plus-one? There are a million and one scenarios that can have you and your SO at each other’s throats.

Wedding Stress: No matter what the argument is about, you want to feel heard by your SO. Relationships are about compromise, and you should respect each other’s opinions when there is any type of disagreement. There shouldn’t be any blaming or name-calling when things go wrong. You should move on quickly after an argument, and fights over wedding favors shouldn’t turn into screaming matches about what religion you’ll raise your future kids. Also, an important point to keep in mind: a lot of arguments stem from family drama. It’s important your SO puts your feelings before their family’s and always listens to you first. Here’s a good example of this done right: My friend’s husband’s family paid for their entire (six-figure!) wedding, but every decision was made together. He never once held the money over her head to get his way. Wedding disagreements should not come between you and your fiancé. On the flip side, my ex always told me he would choose his family over me any day. If he went to his mom to question my flower choices, what made me think he wouldn’t talk sh*t to his mom about my parenting style when we had kids?

Red Flag: It’s a MAJOR warning sign if your SO gaslights you every time you fight. You shouldn’t feel unreasonable, crazy, or unheard when you’re just trying to get your point across (this also holds for arguments outside of wedding planning). I spent a long 6 years with my ex where I was always justifying my feelings. His favorite line when we fought was, “I think your parents dropped you on your head as a baby because you’re crazy”. I know, awful right?

Another major warning sign is constantly walking on eggshells around your SO. You should never have the mentality that it would be easier to keep something to yourself in order to avoid a fight. My ex and I fought a lot—I eventually stopped bringing things up to him because I was afraid of setting him off. It got to the point where I secretly planned our honeymoon because I couldn’t mentally handle another battle. Not a good sign.

Does Your Future Spouse Make Planning Easy Or Difficult?

How did they react when you scheduled a tour of 10 venues the weekend after you got engaged? Did they freak out when you told them the florist was $10k over budget? Did they ditch a cake tasting or black out when you went to see a band showcase? I might sound like a broken record at this point, but how your partner deals with the planning process is a huge indicator of what type of relationship you’re in.

Wedding Stress: It’s OK if your groom doesn’t want to be involved in every single detail of wedding planning. You probably have better taste in European-style flower arrangements, anyway. I went to every vendor meeting with a friend for her wedding, and we had way more fun picking out color schemes and candle holders than she would have had if she’d brought her then-fiancé. The difference is, her now-husband is an awesome guy and would always praise her for having great taste—he just didn’t have a vision for envelope liners and calligraphy styles. If he’s taking the backseat, your SO should be happy to let you plan and be appreciative of the effort you put into it. If he’s willing to be your hype man over classic hand-tied bouquets, imagine how supportive he’ll be for the important stuff.

Red Flag: If your SO makes every part of the planning process a challenge, you’re in red flag city. This could look like anything from delaying you from making decisions to a complete lack of interest in the planning process, not showing up to things, or being overly critical once you make a decision. For instance, my ex would call me impulsive for moving forward with any stage of the planning process. I had to wait three months post-engagement before we were even allowed to talk about venues or setting a date. And, while being completely uninterested in planning, he still managed to be highly critical of every decision I made. His response to when I picked our invitations: “those look like funeral announcements”. Tbh, he made planning so miserable it kind of felt like I actually was planning a funeral!

At the end of the day, you know yourself and your relationship better than anyone else. If you don’t feel supported or if the arguing is spiraling out of control, talk to your SO! Communication is clutch while wedding planning and it will continue to be important throughout married life. It may feel like it, but you aren’t trapped or committed to going through with your marriage. There are plenty of people who have called off an engagement, and they are better for it!

Devin Allen is an expert ex-bride who enjoys giving unsolicited wedding and relationship advice. When she’s not charging her crystal collection or meditating over her money candle, you will find her creating content for d.i.y.BreakUp. A company she co-founded to support called off engagements and weddings!