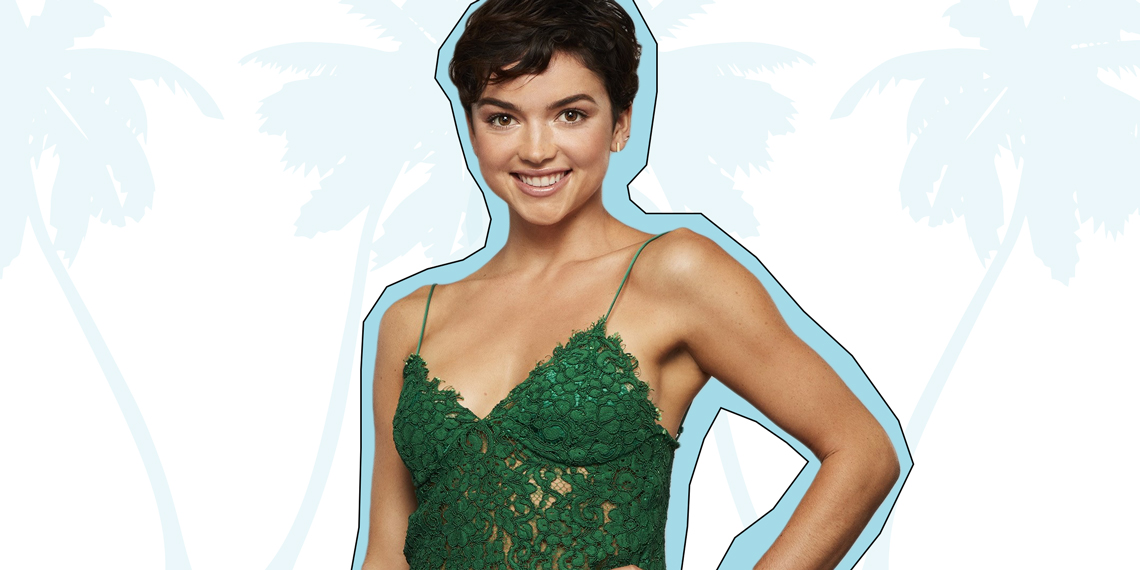 Is Bekah M. Married Already? We Investigate The Rumors

You guys. I don’t know what we did to make the ABC Gods so happy this week, but the Bachelor news is seriously nonstop. Yesterday, the news broke that Bekah Martinez, the little pixie that thankfully escaped Arie, is pregnant. This obviously cleared up her decision to skip Bachelor In Paradise, but we were still left with some important questions about her relationship. Other than the fact that they created a fetus together, we really don’t know much about Bekah and her mans. Well, thanks to an illuminating comment from barb1994 (thanks fam!) and some light Instagram stalking, I have a theory to investigate: is Bekah M married to Grayston already?

Sound crazy? That’s because it is. But boy oh boy, Grayston’s Instagram has some interesting information to unpack. First of all, did we know that he’s a rock climbing instructor? He’s currently building his own bouldering gym from the ground up, so at least the boy has ambition. Okay, sorry, back to the (alleged) wedding. On September 4th, Grayston (still not over this name ugh) posted two Instagrams that need some serious analysis.

Stuck with this beach

In the first photo, we just have some clues to go on. By that, I mean that this looks like a damn wedding photo. Like, the kind of wedding photo that a 23-year-old who’s into meditation and sh*t like that would want to have. Notice the strategic placement of Bekah’s gigantic hat over her then-secret baby bump! While this is the cuter photo of the two, the second one is where things really get interesting.

After 48 hours of marriage, I am foregoing a life with Rebekah for an annulment. she’s not happy about it.

WHAT? In the photo, Grayston (still ew) and Bekah are still wearing their hippie wedding outfits, and the caption is a joke about literally being married!! With a caption like this, they’re either married, or Grayston is deliberately trolling Bachelor nation. Too bad he’s in a relationship, because it seems like he’d do well with the psychos on these shows.

Alas, it looks like Grayston really is just a troll after all. In an Instagram story on Tuesday, he said that they’re not actually married. Probably for the best, considering that less than a year ago Bekah was on a reality show looking for love with someone else. In fact, until like two months ago, Bekah made Grayston keep his Instagram private so people wouldn’t know they were together. They can do whatever they want, but it seems a little soon to get married.

@whats_ur_sign has finally lifted the restrictions on my instagram. The training wheels are off and this lil boy gets to run wild and share my love and affection publicly. This is my lady and I’m proud of it.

Another day, another Bachelor myth busted. It’s hard work we do here, but it’s important. For now, we’ll just enjoy the next few months of pregnancy photos from Bekah, which will hopefully tide us over until we get to meet Colton’s batch of hopeless romantics. I can’t believe I’m saying this, but I miss Paradise already?

Got a theory you want to share with us? Did a celebrity send you aggressive DMs? Send the receipts to our tip line, [email protected]!