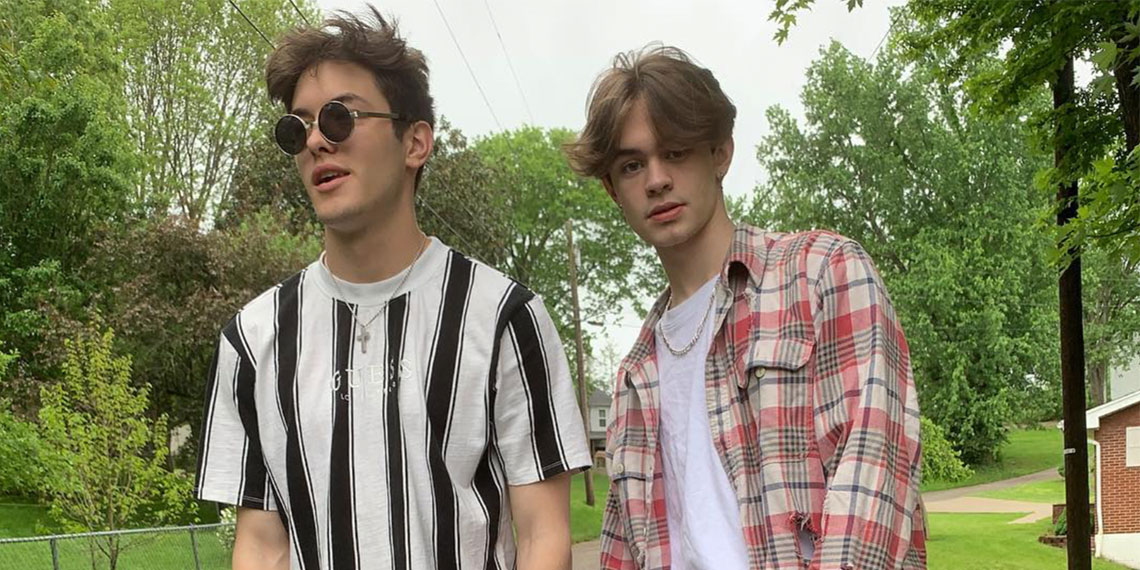 If You Hated VSCO Girls, You Need To Know About E-Boys

Hello, and welcome back to another edition of “Dylan Explains Gen-Z.” In the past couple months I’ve tackled important topics like WTF TikTok is and VSCO girls, and we’ve all learned a lot together. Do you find yourself sksksking in your daily life? Yeah, that’s on me, and I’m really sorry. But we’re not done yet. While you’ve probably finally wrapped your mind around the fact that VSCO girls are pretty much just 90s girls with metal straws, today we’re diving into another Gen-Z phenomenon that you’ll be making memes about in no time: E-boys.

While VSCO girls are all about pastel, beachy vibes, E-boys (and the corresponding E-girls) are basically a 2019 equivalent of goth kids and emo kids. The “E” actually stands for Emo, but there are definitely some new developments since the emo kids that were listening to My Chemical Romance when you were in middle school. Think lots of black and skinny jeans, always looking sad in pictures and videos, and layered necklaces and dangly earrings. As writer Savannah Seymour smartly put it on Twitter, E-boys are basically whatever aesthetic Harry Styles was doing a few years ago.

But aside from the jewelry and clothes, one of the most important aspects of the E-boy identity is the hair. The classic E-boy hairstyle requires a flatiron to achieve, and consists of floppy bangs, parted roughly down the middle, that basically just fall into your face. It’s the exact kind of hairstyle that’s designed to annoy your mom by constantly getting in your face, which makes it perfect for these angsty teen boys.

This is Anthony Reeves, better known as luvanthony, who has over a million followers on both TikTok and Instagram. He’s basically E-boy royalty, and he’s only 17.

As a testament to the influence of luvanthony, TikTok MVP Brittany Broski (of the infamous kombucha video), posted a video dedicated to him. Apparently it’s been deleted now (rude), but in the video, Brittany points out one of the most important aspects of understanding E-boys: that they’re not really hardcore at all. E-boys are all about eye rolls and fake choking motions, but they’re really not aggressive at all.

i can’t believe people sit around and clown vsco girls, soft girls, and e-girls for existing when e-boys literally plague the world with their eye rolls and woahs…. i can’t name a worse species.

But Anthony’s not alone! There are thousands more where he came from, like Ethan Gregg, who only has half a million followers on TikTok (sad!), but is also a perfect example of what a typical E-boy looks like. Oh, and he’s 16.

Had to flex the fit real quick

When it comes to TikTok, which is the platform on which E-boys truly thrive, most of them don’t actually do that much. Most of them build a following because teenage girls find them attractive, so they don’t really bring anything to the table in terms of humor or talent. Whereas there are lots of people on TikTok putting out great original content (like Betches ayyyy), the average E-boy on TikTok just stares at the camera while playing a rap song about sexual acts they’ve definitely never done, sometimes sticking out his tongue to look like he doesn’t take it too seriously.

Honestly, most of these guys’ videos are lame, but it’s the high school equivalent of me following gay guys on Instagram who just post swimsuit thirst traps. Is the content that interesting? No, but I get why people like it. For high school girls, these TikTok-famous guys are like, major celebrities. Don’t ask me how I know this—I’m a cultural anthropologist.

What’s funny about the whole E-boy persona is that it’s really just all about appearance. While the classic E-boy look consists of edgy clothes or jewelry, they’re really no different from the VSCO girls we all make fun of. For the most part, they live in their parents’ nice-ass houses, go to school every day, and really aren’t edgy at all. It’s basically like the Urban Outfitters version of actually being edgy or hardcore. For all their talk, they’re filming their TikTok videos in the school bathroom or their mom’s kitchen just like everyone else.

And like with VSCO girls, there’s really not that much to it. Every generation has their stereotypical groups and types that they cycle through, and E-boys and E-girls are just the latest evolution of something that’s not even remotely new. This time, they just have TikTok instead of Myspace.