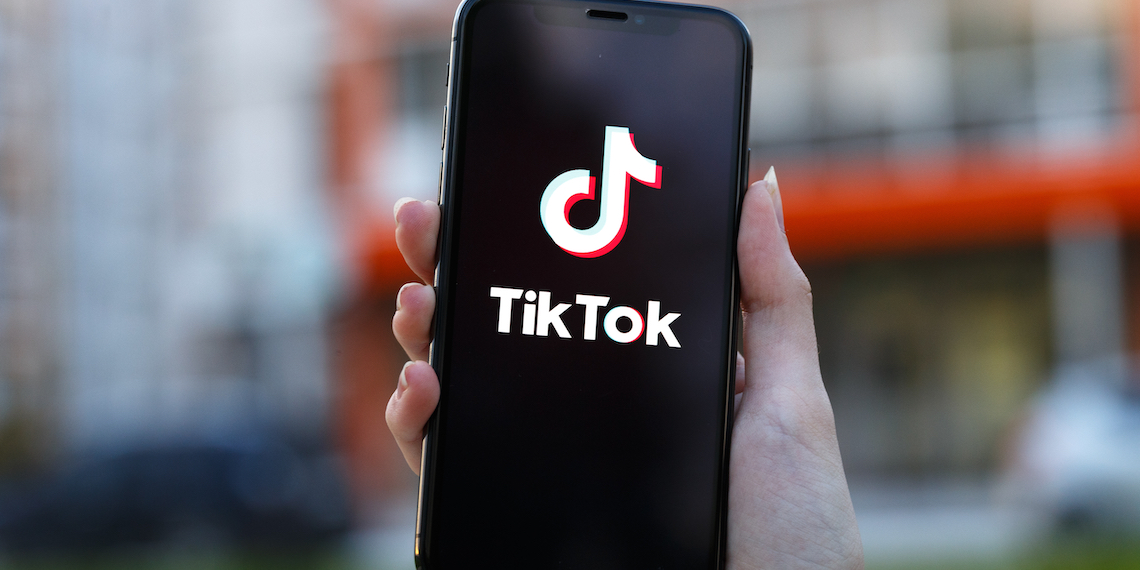 A couple weeks ago, I wrote an article explaining WTF TikTok is, and exploring whether or not it’s an app you need to download. A lot of you seemed to share my confusion about the biggest social network for Gen-Z, but we’re all in this learning process together. Since then, I’ve spent a lot of time on the app, and I’ve gotten a little bit addicted. There’s honestly so much creative content out there, from people making cool art to hilarious teenagers that I feel uncomfortable following.

TikTok is the kind of app where you can just scroll down the featured page and see some good stuff, but it’s more fun to follow people you really like. It can be a little tough to figure out who you should follow, so I spotlighted some accounts that are definitely worth the follow. Oh, and all of these people are at least 18 years old, because I don’t need to be talking about literal children on the internet.

Even if you still don’t understand how TikTok works, you’ve definitely seen Brittany Broski. She went insanely viral for her video of her trying kombucha for the first time, which has been memed approximately a billion times. For example:

“People ask me almost every day to explain TikTok to them. TikTok has quickly become one of the most popular apps among Gen-Z, but it’s still a mystery to most of us in the post-college crowd. Lucky for you, I’m venturing into the depths of the youths to figure out wtf TikTok is, so STOP ASKING ME.” Hit the link in bio to have all your questions answered, and to feel old af. @brittany.and.the.jets @dietstartstomorrow

But all her videos are great, and she’s definitely worth a follow. Her Love Island impressions are scary good, and she also makes hilarious observations about TikTok culture as a whole. My favorite thing about Brittany is that she seems like an actual adult, rather than most of the 16-year-olds on this app filming videos in their parents’ kitchen. She might be kind of a mess, but that’s the most relatable thing about her.

Hope Schwing is hilarious, and she’s not afraid to poke fun at herself. She’s in college, which makes me feel old, but at least she’s not a minor. Actually, her story time videos about stuff that happens at college make me kind of nostalgic, and she hops on a lot of TikTok trends, but in a more relatable way that’s not obnoxious. Recently, she bought a grey wig online thinking it would be cute, and it ended up being a Gandalf wigs, so that has led to a lot of amazing #content.

Scott Hoying is best known as one of the members of Pentatonix, which is honestly kind of turn-off to me. But he recently started making TikTok videos, and they’re actually really funny. He knows that he’s too old to be here, but like same. One of my favorite things about TikTok is when relatively older people make fun of the younger people on TikTok, and Scott does it well. It remains to be seen if he keeps up the level of content, but right now I’m really enjoying it.

Tayler is so f*cking funny, and the way he makes fun of all the stereotypes of TikTok (which I aim to get into in a later article) is perfect. This video of him parodying Kim and Kourtney’s epic fight from last year on Keeping Up With The Kardashians is one of the funniest things I’ve seen in a while. Tayler was one of the first people I followed on TikTok, and I definitely haven’t regretted it.

David Dobrik is absolutely huge on YouTube, where he’s the de facto leader of a group called the Vlog Squad. But if you’re still a little too scared to dip your toes into the cesspool that is YouTube culture (I don’t blame you), following David is a good way to get just a sneak peek. He posts funny, off the cuff videos with his friends, who all just happen to have a ton of money.

Remember when Facebook was half videos of people drawing? This is like that, but better. James does amazing paintings of logos and other cool graphic things, all set to music. I have never been more mesmerized looking at the Pringles logo.

Cassie from The Bachelor recently made a TikTok account, and while her posts so far are nothing revolutionary, she’s probably worth a follow if you’re a member of Bachelor Nation. Colton hasn’t made any appearances yet, and honestly, I hope it stays that way. You guys, Cassie has a personality!!

It can be tough to find the right mix of people to follow on TikTok, so compilation accounts like this are a good place to start. peopleareawesome has a lot of people being flexible, doing cool stuff like hooping, and just general dumb-yet-fun stuff that makes TikTok a great way to waste time.

And because TikTok is the future (maybe), of course we had to make our own account. Follow us for pathetic attempts at viral challenges, funny original vids, and behind the scenes moments at Betches HQ. We’re all on this journey together.

If you’re already all over TikTok, let me know in the comments some of your favorite people to follow, because I’m always looking for more.