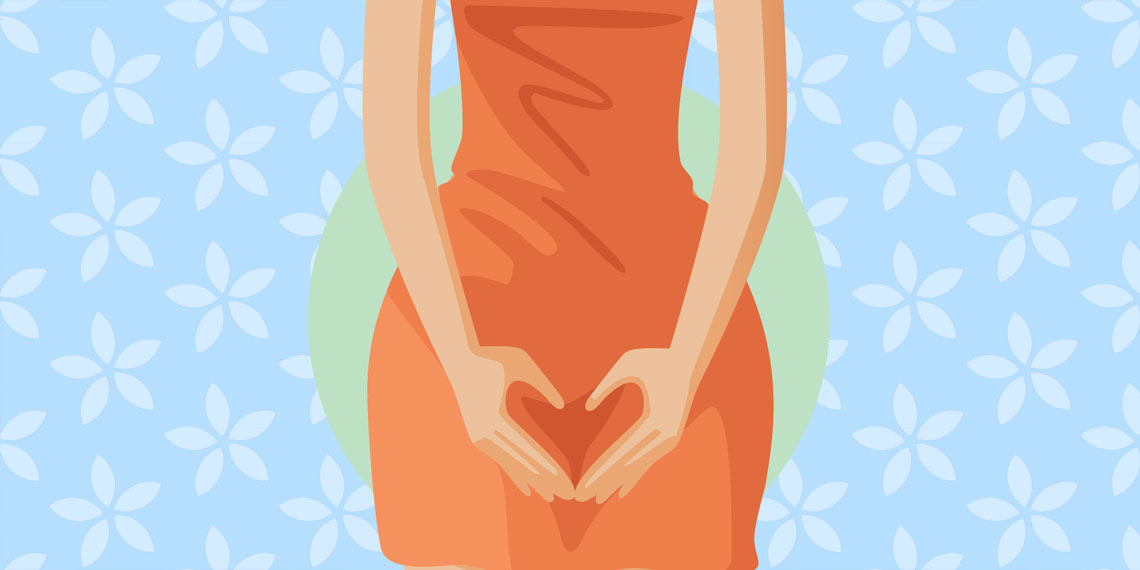 How A Cervical Biopsy Rocked My Understanding of HPV

“The HPV test was positive again. We’ll need to do another cervical biopsy.” I immediately burst into tears as soon as I hung up with the phone OB-GYN. I’d had my yearly Pap Smear three days earlier and was ready to say f*ck-all to HPV. I was DONE with that.

The year prior I’d undergone my very first colposcopy after a positive HPV test. I felt cursed. Finding out someone is going to cut pieces out of your cervix is sh*tty under normal circumstances, but for someone with an anxiety disorder, it was fuel on an already heavily unstable fire.

I’d broken up with my boyfriend of over three years in September, only to wind up with HPV in October. I had had the Gardasil vaccine. I’d had sex with two people. TWO PEOPLE. And here I was with a positive HPV test. I wish I could say the first cervical biopsy was no big deal. I cannot.

My sister came to the appointment. My doctor had advised I take “two Ibuprofen” before coming. I took two Valium and four Advil. My doctor used no numbing cream, no local anesthesia, no anything for the pain. The cervix, she explained, has very few nerve endings and so pain management isn’t necessary for this in-office procedure.

She used a hole puncher-like device to “punch” cervical tissue in five different places. The pain was so immeasurable I thought I’d throw up. My sister was there holding my hand. She wasn’t prepared for the gore she was going to witness. She literally fainted on the f*cking floor. I cannot emphasize enough how scary this experience was.

Also, she FAINTED and it wasn’t even her procedure. Way to make it about you, Scarlett, you asshole.

After this first colposcopy, the cells had come back “highly abnormal.” Meaning, I’d need a cervical ablation. My doctor would use a laser to remove the abnormal cervical cells so they didn’t become cancerous. F*ck me, right?

The surgery was a breeze. I was under anesthesia, my whole family came to support me, and they gave me the good drugs. I didn’t love paying $3,000 out of pocket (my insurance would only cover 75 percent of the surgery), but overall I can say with complete certainty that I would have rather have a weekly cervical ablation than ever have another cervical biopsy.

Had my yearly pap today. Even though the CDC specifies that women 21-25 get Pap smears every three years (and every five after that), it’s my recommendation as a sexual health professional to ask your OBGYN for a Pap every single year. And additionally, to request an HPV test every single time. Get tested. Stay safe. Stay informed. Do not get intimated by doctors when they tell you you “don’t need one.” HPV is dangerous and extremely prevalent.

Yet, here I was, about to be subjected to yet ANOTHER cervical biopsy. I’d only had one new partner since the surgery, a combination of being scared sh*tless of sex and, like, falling in love with my now-fiancé. What the actual hell was my life?!

I was a nervous wreck for the week leading up to colposcopy #2. My fiancé, god bless him, is very nurturing and loving, so having him with me was calming. Sorry, sis, but after Faint Gate, she was NOT going to be my emotional support system through this hell. I love her, but no.

I decided to document the entire experience on Instagram. As a sexologist and journalist, I felt it was my duty to actually talk about what happens during this experience. It feels like NO ONE does. I was so woefully unprepared for my first colposcopy that I didn’t have the slightest idea of what to expect.

Me tomorrow ??‍♀️ “Take two ibuprofen before you come” -advice from my doctor

I went into the office, having not slept the night before due to intense anxiety, high as a kite on Valium and Xanax. Look, a girl has to do what she has to do. My doctor simply said, “I don’t do that,” when I asked her for lidocaine or some other form of numbing cream, a tip I’d gotten from a friend whose mother is an OB-GYN.

Cool, cool, cool. I guess we were going to do this the good old fashioned way again like it was the Victorian Area. Dope.

This second time, I requested that a nurse I liked be in the room. She seemed nice and didn’t force me to get on the scale, a thing I am very against during random procedural visits. I was given a cup and told to give a urine sample. Doctors need to do a routine pregnancy test before a cervical biopsy. If only they gave you a routine Vicodin, amiright?!

My fiancé held my hand, letting me squeeze it as hard as I needed. My doctor applied a solution to my cervix with a Q-tip. This is used to highlight any abnormal cells that need to be biopsied. It burned a lot.

She needed two samples, one from the cervical canal and another where cells had glowed-up as “abnormal.” The cervical canal is necessary because you can’t physically see it with the microscope.

She instructed me to “cough” each time she punched out a section of tissue. The coughing supposedly helps push the cervix out, making it easier to retain a sample. It absolutely SUCKS and causes the pressure of the biopsy tool to reverberate through your abdomen. At least, that’s how it felt to me.

After about nineteen hours (ten minutes), it was over. My fiancé took me home, putting me on the couch, wrapped in blankets. He fed me chicken fingers, painkillers, and Xanax. We watched Scream Queens.

A week later I went in for my follow-up appointment. My doctor let me know the cells had only had mild changes and no cervical ablation would be necessary. “We’ll just do another Pap next year and keep an eye on it.”

Once again I burst into tears. The relife was immense and overwhelming. I don’t know what will happen next year, but I’m praying to every higher power that the HPV will get the f*ck out of my system and die.

Oh, and if this ever happens to you, please advocate for yourself. Tell your doctor you’d like some kind of numbing cream on your cervix. Ask for any kind of pain management they can offer. And for f*ck’s sake, take a Valium.