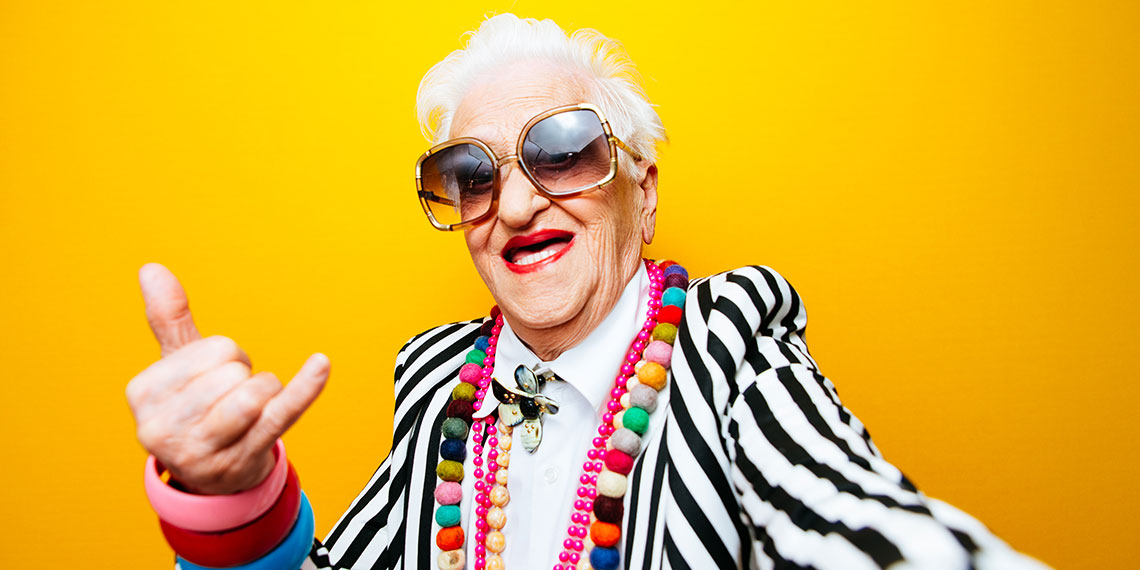 Gen-Z Are Dressing Up As Old People To Buy Alcohol

The kids have done it again! I’ve got to say, I have nothing but reverence for Gen-Z. (Okay, maybe reverence and a little bit of fear.) They’re trolling Trump on TikTok, trolling Trump through his app reviews, and now, they’re coming up with new and hilarious ways to buy alcohol. “BuT iT’s iLlEgAl”, you say. And yes, it’s definitely illegal, but does that mean I personally can’t find it funny and creative? Back in our day, the inventive alcohol consumption millennials were known for were shooting vodka directly into our eyes and soaking tampons in alcohol. So I’ve got to at least respect the creativity of today’s teens, because they are full-on dressing up as grandmas in masks in order to buy booze. Say what you want, but it’s at least healthier than putting liquor in your vagina.

This trend got big on, where else, TikTok, when one user (whose video is now private, probably smart) filmed herself getting wrinkles drawn on, grabbing a walker, and heading to buy booze, wearing a baggy shirt, wire-rimmed glasses and a babushka. Another video shows a girl putting on a full-on grandma Halloween mask and procuring some coveted cans of Mike’s Harder from 7-Eleven. If she did all that for a Mike’s Harder, imagine what she’d do for a Klondike bar. (Since this morning, the video became unavailable.)

To be fair, though some teens are doing this, it doesn’t even seem to be that many (there isn’t like, a centralized hashtag for this prank or anything—again, smart considering this is very much illegal). A person who’s caught drinking underage will usually be subject to a fine in many states. Businesses who are caught selling alcohol to minors can get fined or have their liquor license suspended or revoked. People love to sh*t on millennials for “doing it for the ‘Gram” and participating in risky or otherwise idiotic behavior for Instagram likes, but Gen-Z is now documenting their own illegal behavior on TikTok, so it looks like we’re both stupid.

Some people might not be able to see the humor in underage kids buying alcohol (ok boomer), but teens are still otherwise united in a cause that I think we can all get behind: trolling Donald Trump and his reelection campaign. In addition to their inspired plots to mess up his rallies and App Store rating, they also recently devised an ingenious plan to f*ck with his online merch store.

This plan revolved around a practice known as “shopping cart abandonment,” and it’s pretty brilliant, both in its simplicity and effectiveness. Basically, the Gen-Z-ers in question went to Trump’s online store, and added a sh*tload of merch to their carts, which they obviously didn’t intend to actually buy. Items left in carts mess with the algorithms of e-commerce sites, and can lead to products being shown as sold out to other customers.

The next gen z prank on Trump. I was skeptical but a lot of the stuff is sold out so long story short I am at $700 of merchandise so far and counting. Join this movement and make America great again pic.twitter.com/lPDRwLdiTT

For a normal online retailer, unintentional shopping cart abandonment is actually a big issue, one that Business Insider estimated in 2016 contributed to trillions of dollars worth of lost sales annually. But for the Trump site, this was no accident—it was a deliberate scheme meant to f*ck with them. As a result, the site now only allows users to add three units of any given item to their cart at once. This must be really frustrating for all those hardworking Americans who want to buy their Trump merch in bulk!

Basically, whether it’s obtaining alcohol illegally or mercilessly trolling the Trump campaign, Gen-Z is doing amazing, sweeties, and keeping us entertained in the process. As much as I want to be annoyed by the TikTok generation, and as much as I’m sure they personally disdain me for being a millennial, I really can’t hate. Can’t wait to see what goofy hijinks they cook up next!