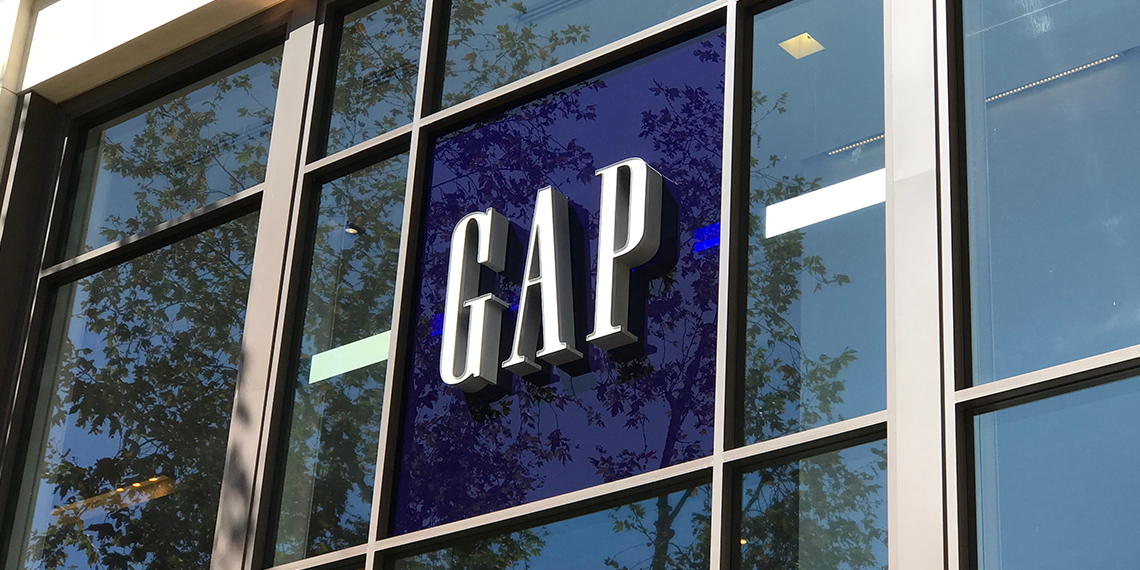 With election results still uncertain, it’s incredibly difficult to even know how to feel right now. Currently, I’m falling somewhere in the middle of hopeful, stressed beyond belief, and literally f*cking miserable, but every hour brings fun, new emotions. Hopefully this purgatory will be over sooner rather than later, but for now, we really have no idea.

But however you’re feeling at this moment, I’m sure you can find some solace in the latest tweet from Gap. Yes, the store that sells moderately priced khakis and zip-up hoodies made a foray into politics this morning, and uh, it didn’t go great. They urged their followers that no matter what, “together, we can move forward,” and paired with it a GIF of a sweatshirt that’s half blue and half red. Groundbreaking.

Right off the bat, the most offensive thing to me was that the letters on this hoodie don’t even line up. Gap, get your sh*t together! But of course, the actual message sucks more than the fashion monstrosity, and let’s talk about why.

In the closing days of this election, you’ve probably seen people sharing posts with a similar sentiment—that no matter who you vote for, we can all come together and love each other; you don’t need to hate someone just because you disagree. In theory, it’s a nice sentiment, but it glosses over the fact that the issues we are disagreeing on are things like systemic racism, LGBTQ rights, and access to health care, to name a few. There’s a reason most people sharing sh*t like this are either Trump voters or those delusional folks who feel that politics don’t affect them—it’s called privilege. There are real issues at stake here, and the severity of those issues should not be brushed under the rug with a simple “let’s all love each other” sentiment, whether it’s a tweet from Gap or a Facebook status from your aunt who definitely didn’t vote.

So yeah, Gap’s post hit a nerve with many people who see this election as a fight for vital rights and protections, and the tweet was quickly dragged accordingly. Even Chrissy Teigen chimed in with a sarcastic comment on their words about moving forward together.

And to add another layer to this whole thing, let’s not forget that earlier this year, Gap inked a 10-year deal with none other than Kanye West. In case you forgot, the deal was announced back in June, and the brand is reportedly hopeful that their long-term collaboration with Kanye, set to launch next year, will bring in upwards of $1 billion a year in sales within five years. And in case you also forgot, Kanye ran for President, which many worried (and West himself did not deny) would take away crucial votes from Joe Biden. (He ultimately received over 60,000 votes across 12 states.) Yesterday was actually Kanye’s first-ever vote in a presidential election, which for some reason, he thinks is something to brag about as a 43-year-0ld man. (He wrote his own name in in Wyoming, which according to Deadline, will not accrue to him unless he files additional paperwork—which he has not filed—and pays a fee to the state.) Tbh, I’m surprised Gap didn’t add a third color into the bipartisan hoodie to represent their boy ‘Ye.

I’m not responsible for Gap’s social media strategy (clearly), but if they’re shoveling money into Kanye West’s pockets as we speak, now might not be the best time for them to insert themselves into the political conversation. And even without the Kanye factor, this sentiment of unity is just not helpful right now. We’re a little busy trying to save democracy over here, so maybe just stick to 20% off fleece pajama sets.