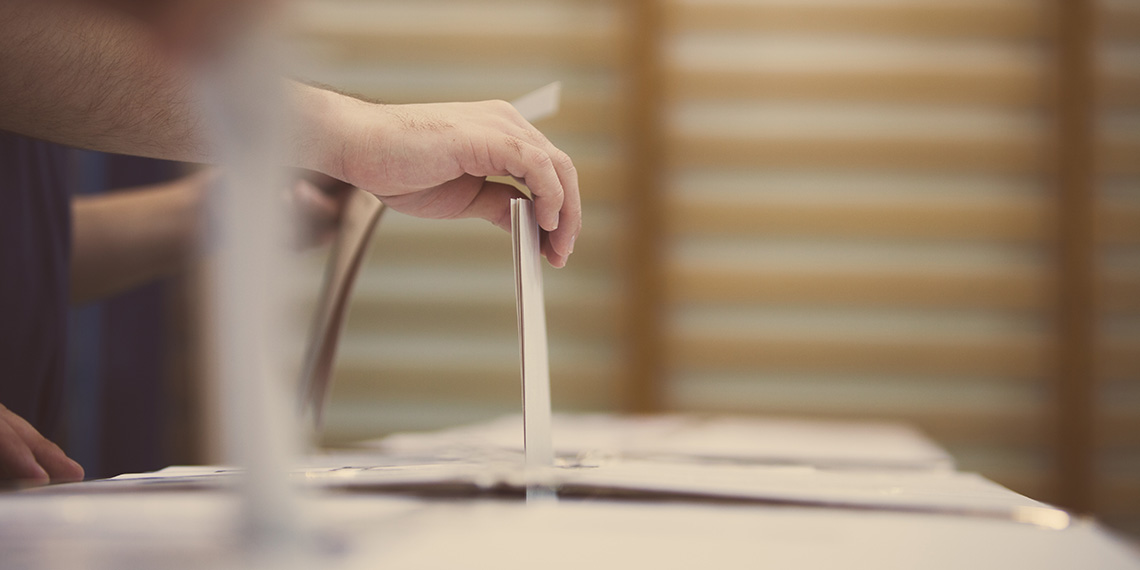 Unpacking “I’m Not A Political Person”

Today I’m going to go off on one of my longest standing pet peeves: the phrase “I’m JuSt NoT a PoLiTiCaL pErSoNnNnNn”. Before I get into it, let me first say that I understand why people feel this way. Politics at a distance feels inscrutable, frustrating, and dull. There have been periods of my life when I suppressed my own political-ness (some of the Obama years, when things felt safe in my little bubble of privilege). My fiancé is an evolving “not political person.” I know lots of amazing “not political” people whom I love and care about, but as a “political person”, the phrase has always grated on me. There are many reasons why it annoys me, so in the interest of organization, here’s a list.

You Actually ARE A Political Person

Lack of participation or interest in politics doesn’t mean that you’re not affected by it. I don’t care if you read the news or know who your representative is. Do you drive on roads? Congrats, you’re political. Those roads are engineered with public funds aka taxes aka the money you pay the government. The quality of the roads and who builds them were determined by state and local officials who were elected…but probably not by you personally because you didn’t have time to procure one (1) stamp for your absentee ballot or show up to push a button/pull a lever. Regardless, someone elected them, so if your road is sh*tty, you can partly blame yourself for not voting for someone who might have made them less sh*tty. If you did vote, and you love your road, congrats, you own a wonderful pebble of concrete. The point is, even if you try to exclude yourself from the narrative, your life is still shaped by the narrative in ways you do and don’t realize.

Even If You’re Not Political, That Doesn’t Mean There’s No Politics

There are thousands of invisible examples like having roads that enable you to go about your life without having to literally fend for yourself like you’re a hunter/gatherer. Politics creates what Billy Madison would call “society.” Things like minimum wage and 8-hour work days. Clean water and air. Airline safety. Marriage licenses. Not getting E. coli from some dirty romaine at Chipotle. Politics affects your life from the moment you wake up until the moment you go to sleep with the help of your precious FDA-approved Ambien. For example, do you trust the elevator in your apartment building? That’s because there are safety regulations and standards that hold the building accountable for keeping you safe rather than having you plummet to the basement like it’s a recurring stress dream. Anyone? Just me? The Ambien? Ok.

It’s A Privilege To “Not Be Political”

When you say you’re not political, you’re telling on yourself. What you’re saying is that you’ve only been on the receiving end of all these invisible perks the government provides, rather than being on the side that suffers from the lack of them or that is even actively harmed by them. For example, it’s only because of active participation in politics that same-sex marriages are legal. That happened less than five years ago, and it would no doubt be the dream of a conservative Supreme Court to overturn it. Try telling your gay friend, whose marriage status could be in real jeopardy based on election outcomes, that you’re not political and see how they react.

You Personally Pay Politicians (Our Very Own PPP)

Back to the aforementioned paycheck withholding. Think about that annoying Zoom meeting you’re in right now, while you secretly read this article behind the video chat—with your microphone on mute, of course. If you happen to know your earnings per hour, then you know that the government is taking anywhere from 10-37% of those earnings from this very Zoom meeting. So you have to sit through the Zoom, but the government is technically getting paid. And they’re using that money for all sorts of things, some of which are good; others of which are objectively evil. Don’t you want to have a say in how your own money is spent?

Let’s take the police as an example (for no particular reason). Imagine that food manufacturing companies were killing people at the rate that the police are. Would Nabisco not fire their quality control team faster than they could say “we have three new flavors of Oreo thins!”? Of course they would, because they have shareholders who would freak the f*ck out over it and customers who would not buy their products. Now when it comes to the police, YOU, the taxpayer, are both the customer and the shareholder. It’s embarrassing that you don’t even care to come to the annual board meeting, and it actually calls into question how smart of an investor you are. (Investor = citizen, for anyone not following the metaphor.)

Sidenote: remember the phrase “no taxation without representation” that they made us memorize in 5th grade but failed to give us any real life context for its meaning? This is the real life context.

Your Opportunity To Be Political Is Not Permanent Or Guaranteed

Speaking of the American education system and what they failed to contextualize, America is not really all that fair and didn’t always give everyone a voice. Imagine that! In reality, rich white men are the sole demographic that has held the long-standing choice to “be political” or not. For everyone else, it hasn’t always been there, and it might not always be there.

For example, this year is the 100th anniversary of the passage of the 19th Amendment, which gave white women the right to vote.* If you’re on the elder end of the Betches readership (hi mom), it’s possible that the right to vote didn’t exist in your grandmother’s lifetime. What makes you so sure we’ll always have it? We’ve all seen The Handmaid’s Tale. Governments change and so do their structures. Just ask Marie Antoinette, who one day was eating cake, and the next her head was on a stick. Life comes at you fast.

But, I digress. Bottom line: there are politicians who basically live for suppressing people’s right to vote, and they would love nothing more than for all of us to just take a collective personal day so they can get it done behind our backs. If you think this is just a hypothetical, just yesterday a New York State judge suspended the right of habeas corpus for protestors. Don’t it always seem to go that you don’t know what you got till it’s gone?

Would you let your friend not count you in a dinner reservation (RIP), leaving you no seat at the table? I don’t think so. So why are you willing to let it happen when it comes to things like civil rights, income inequality, and your access to contraception? It’s true that in most cases, your one vote won’t change the result (though it has happened), but either way, it’s inherently narcissistic to think that your vote would need to be the tiebreaker in order for you to deign to participate in the process of building the society you inhabit.

Your level of engagement determines your level of power, but it only works at scale. Leaders are only held accountable by masses of people, not by a handful. If they believe their constituents are kind of meh about everything and will let them get away with whatever, then they’re obviously going to get up to some shady, corrupt sh*t. So yes, you have to personally contact your representatives, because they need to be flooded with messages to have an incentive to act in anyone’s interest but their own.

No one is excused from being part of the flooding. Flooding is how we prevented the repeal of Obamacare, which would have left over 30 million Americans without healthcare. Flooding helped contribute to all four of the officers involved in George Floyd’s killing getting charged, plus Derek Chauvin’s charges being bumped up to 2nd degree murder. So if you think about it, why wouldn’t you want to be part of it? If anything, believing your vote or your phone call counts is a sign of high self-worth, and being an engaged, informed citizen is an act of self-respect and self-care. If you can perform self-care for your Insta story to disappear after 24 hours, you can perform some political self-care that will literally affect your grandchildren.

When You Say “I Don’t Trust Politics”

You’re absolutely right about that, you shouldn’t trust politics, but that’s also the exact reason why you should be political. You’re right to be disillusioned by politicians, because most are full of sh*t. Trust me, I’ve met Ted Cruz. However, politicians were elected by you, because you are part of the population, even if you didn’t actually vote for them. Not voting is also a form of voting.

At some point we were taught that it was unsavory to discuss politics in polite conversation (unladylike!). The result of this is a lot of fake pleasant small talk, and a lesser chance that politicians will be held accountable for lies and abuses of power. That’s what happens when we’re discouraged from paying attention as a whole. The embrace of being “not political” gives lawmakers and the media (whose profit structure is fundamentally skewed, but that’s for a different article) a sense of security that no one is going to look at them too closely, so they can act in their own interests instead of ours. Being untrustworthy of politicians and media is the reason to tune in, not to drop out. Large numbers of people embracing being “political”, on any issue, ensures that we’re not being fed a steady diet of propaganda and bullsh*t.

Being Political Isn’t Just One Thing

Not everyone has the same calling or interest when it comes to politics. You can find any cause that affects you personally and make it yours, because like we established above, everything is political. All social causes and organizations benefit from more support, so whatever you choose to do makes a difference. That’s why it doesn’t mean you have to become an expert on policy, both foreign and domestic, overnight. But it also doesn’t only mean voting once every four years and then letting elected officials do whatever the f*ck they please in between.

It also includes, at the very least, staying informed from reliable news sources, like actual credible journalists and not antifahaters.com. You don’t have to do everything in one day, it’s a lifelong participation process that never ends, so get comfortable with it and try to seek out a cause that speaks to you. And even once you find it, no one’s asking you to start lobbying your representatives tomorrow, you can start with one of those little swipe up emails where you literally just have to type in your name.

You Have A Pass To Perform Your Best “Can I Speak To The Manager?”

With Karen-ism getting virally shamed seemingly every other week, politics is actually the one place where it’s okay and even encouraged to embrace your inner Karen. Karens will demand their server gets fired because they forgot to bring a side of extra ranch, but not channel that energy to police officers who are killing people. Do you think Karen would stand for needing to make donations to end police brutality when she already pays their salaries? F*ck no! So channel all the entitled outrage that you had reserved for getting money off your cable bill and call your f*cking state senator, mayor, city councilman, and other elected officials.