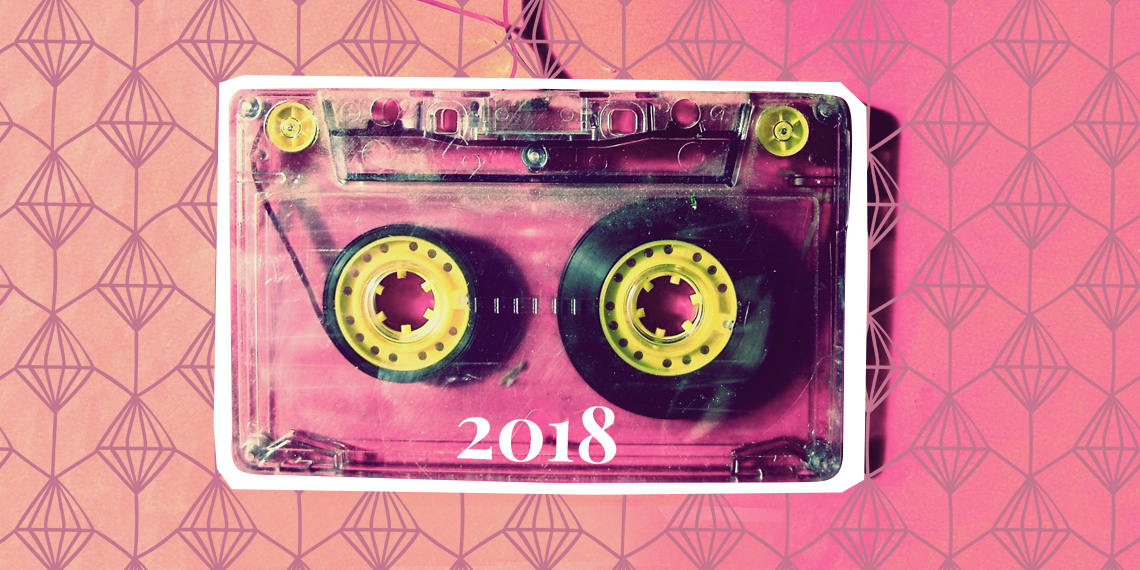 2018 is coming to a close, and is it just me, or did this year feel like forever? Songs like “God’s Plan” and “Better Now” came out this year. THIS YEAR. I could’ve sworn they came out in like…2017. But regardless, this year was filled with killer songs. Here is a list of the top 10 best songs of 2018. Obvs, we all have our own taste in music, so like, don’t @ me. But also, if you disagree, you’re wrong and I hate you.

I hold a special place in my heart for Drake. Probs because we went to the same high school (many years apart, but whatevs), so he’s my motivation to believe that I can make something of myself… even if I have yet to make something of myself. But nonetheless. Anytime an online trend starts because of a song, you know it’s going to be a hit. Dancing while the car is moving beside you and your friend is filming (while driving???) is not the safest but it’s for Drake, and we love Drake.

The song of summer ’18. This song, with it’s ’90s music video vibes, is fun and energetic. If you need a pick-me-up, throw this one on. One listen is all it takes, to fall in love with this song (one of the catchiest and best songs of 2018). Dua Lipa is going to be huge for years to come, I’m calling it now.

Wait never mind. Any song from A Star is Born. These songs give me the chills. If you haven’t seen the movie, at least listen to the music, because it will change you. “Shallow” is constantly stuck in my head, and I sing it as if I have a voice like Lady Gaga’s (which is sooooo far from the truth). Like the entire movie, this song has an incredible message that is applicable to so many people.

Adam Levine has the  voice of an angel, and I love a good song that appreciates a woman #feminism. This is my go-to song when I’m jamming in the car alone, stuck in traffic. Plus, the music video is equally as amazing. It features so many strong females including comedians, athletes, actors, and models. Ellen DeGeneres, Gal Gadot, JLO, and obvs, Behati Prinsloo and their daughter Dusty are among those included in the video. That’s just precious.

Part of the Black Panther soundtrack, this song is amazing. SZA’s incredible vocals contrast perfectly with Kendrick Lamar’s verses. It was released in January, just a month before the release of the movie, but it is still frequently played on the radio or my Spotify playlist, making it one of the best songs of 2018. It also scored some major nominations at the Grammys this year, because of course.

The year of Cardi, I swear. At this rate, I’m not sure what she can do in 2019 to top this year. This one came out in early January and I’m not sick of it yet. In classic Bruno fashion, it’s an incredible song, with great lyrics, that sticks in everyone’s heads. Not to mention that this video is an In Living Color tribute that got the “stamp of approval” by the Wayans family.

Cardi had a pretty great year in terms of her career and giving birth to her daughter, Kulture, in July. But as of recently, her personal life may not be going as great. No matter what, this unapologetic song lists all the things Cardi likes and TBH what I do too. We both have expensive taste, just on different budgets. It’s catchy and upbeat. What’s not to like about it?

When this song comes on in the bar (the few times I actually go out), I get so excited, definitely earning it a spot as one of the best songs of 2018. It is such an upbeat song and I shamelessly know every word to it. Sure, it’s not the most artistic song ever, but there’s a reason it was so popular. Also, the music video is set in a Target commercial. Lol, my happy place.

This entire album is f*cking incredible and I’m not just saying that because I am a die-hard Beyoncé fan. Their music video was filmed in the Louvre. That alone makes it amazing. But this song is more than just a catchy banger, because it speaks to some important societal issues that need more attention. Beyoncé opens by pushing for wage equality, while Jay-Z calls out the NFL and the Grammys. Ugh, mom and dad, you’re incredible.

2018 was the year of Ariana, or at least for her career. She said, during her acceptance speech for a Billboard Woman of the Year award, “I find it interesting that this has been one of the best years in my career and one of like the worst years in my life.” I already loved her album sweetener, and then it just got better. Not only did she grace us with this killer self-love anthem, but she also made one of the most incredible music videos ever. My favorite thing to ask people I meet now is “what four movies would you choose to recreate the ‘thank u, next’ video about your life?”

Even though 2018 was a pretty terrible year in every other way, at least we got some good bops out of it. 2019, the bar is so low for you. Please do better.