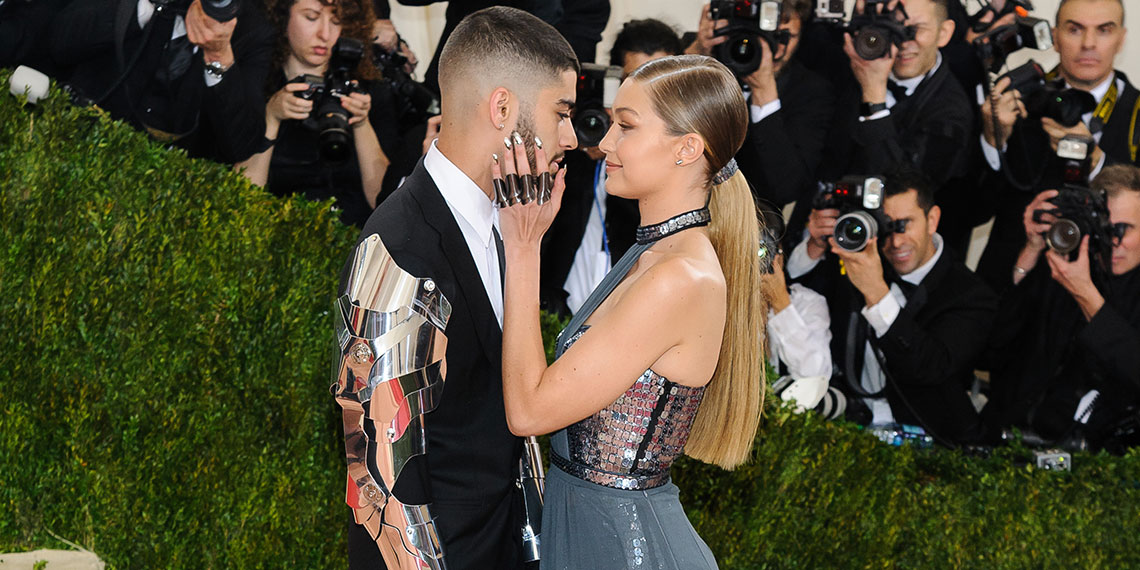 Did Gigi Hadid Have Her Baby? An Investigation

Literally the only thing that’s been getting me up out of bed in the morning during these harrowing times is knowing that Gigi Hadid and Zayn’s baby is about to strut into the world having already won the genetic lottery. When TMZ first broke the news that Gigi was 20 weeks along back in April, it didn’t even take, like, three hours for her mom Yolanda Hadid to word-vomit the news .

For the record, I’m not discrediting Gigi’s ability to pull a Kylie Jenner on us and keep this baby a secret. For god’s sake, she literally fooled us all by walking the runways during Fashion Week while pregnant, which should be a clear-cut sign that she can pop this kid out any day without ever needing to tell a soul.

The Hadids’ inability to keep their cool, on the other hand, literally caused poor Gigi to have to confirm the news of her pregnancy to Jimmy Fallon of all people, and don’t even get me started on that. But since we’ve somehow blinked and crept right into September, aka Gigi’s due-month, the entire Hadid family has collectively lost their sh*t by writing poems, sobbing uncontrollably, and basically giving media outlets free press. And there’s one internet theory that could explain the family’s behavior: Gigi has already given birth, and they just can’t help themselves from going apesh*t. But does this theory hold any water (no pun intended)? We investigated so you can sit back and continue on your day with your Selling Sunset binge.

Bless Mohamed Hadid and his zero regard for his very high-profile supermodel daughter’s privacy, because he wrote and posted a poem to Instagram that basically said, “Roses are red, violets are blue, your baby was born, so proud of you.”

Mohamed Hadid is so pure. Congrats to Gigi Hadid & Zayn Malik on the birth of their child Xx pic.twitter.com/bfi0oKkdq8

Ok, so it was a little more cryptic and a lot more thoughtful, but based on the fact that he’s already calling himself a grandpa and that he vowed to protect this child ‘til death do him part, something has clearly kicked Mo square in the feels, and that something could very well be an excruciating birth contraction.

Not to mention, he even captioned the photo, “In the name of God the merciful, I want to say l love you and I’m so proud of you @gigihadid.” Like… what else would he be referring to? Being proud of his daughter for getting knocked up by an ex-boy-bander? I think not.

Anyway, Mohamed has since deleted his poem on account of the internet literally shattering, and his Instagram being bombarded with One Direction stans asking if Gigi and Zayn had their baby. He even responded to a fan who straight-up asked for the no-B.S. truth about whether or not Gigi had given birth, saying, “no not yet.”

“Did Gigi give birth to her baby”

Mohamed: “ no not yet” pic.twitter.com/JwAUvF9saC

K, first off, I have a bone to pick with this photo that Bella Hadid posted earlier this week. How do you look like THAT after ingesting an entire burger? Someone please humor me. Like, people actually have to pay work to get that belly (or lack thereof), but whatever, my raging jealousy is not why we’re here today.

What really made people believe that Gigi gave birth or had already gone into labor was the fact that this photo was taken back in June and was posted three months later… literally out of nowhere. Also, Bella wrote at the end of her caption, “I love you both so freaking much—can’t stop crying.” Bella was def motivated to post this by something, and I’m pretty sure it wasn’t remorse from pretending to inhale that quarter-pounder.

Ok, so I’m totally reaching here, but nobody voluntarily turns on a country music award show unless they’re bored out of their mind or in need of some white background noise. A fan noticed that Gigi joined the livestream for last night’s ACM Awards, so could it possible that Gigi finally had some down time after learning how to swaddle in Hospital Room A?

GIGI HADID JUST JOINED THE LIVE STREAM FOR THE ACM AWARDS OMGHAJDDJ SHES SO SUPPORTIVE I LOVE HER pic.twitter.com/WljDQf4CGa

It’s possible, but she probably just joined in to watch her BFF Taylor Swift perform, because if we’re being real here, that’s the only reason anyone would’ve watched.

Why is it that the Hadid parents that can’t seem to keep their mouths shut on behalf of their children? Not that I’m complaining, because shout-out to Yolanda Hadid, who just made my job that much easier, but literally a day after TMZ broke the news about the pregnancy, Yolanda let the cat out of the bag.

She appeared on a Dutch celebrity news show RTL Boulevard, and not only gushed about how excited she is to become an “Oma” but even gave away Gigi’s due date. She said, “Still shocked our little secret got leaked to the press. Of course we are so excited. I’m excited to become in Oma in September, especially after I lost my mom so recently.”

This interview also came at the end of April when it was reported that Gigi was already 20 weeks along, which would mean that if she got pregnant at the end of December, she’d be due in 9 months aka September. But whatever, none of this hard-hitting investigative journalism even matters as Yolanda clearly did the lord’s work.

Moral of the story? The Hadid family couldn’t keep a secret if their lives (and NDAs) depended on it. While we can’t say for sure whether or not Gigi has actually had her baby, it wouldn’t surprise us if she kept her birth super low-key. And can you blame us for being excited to behold the baby who will probably rule over us all one day?