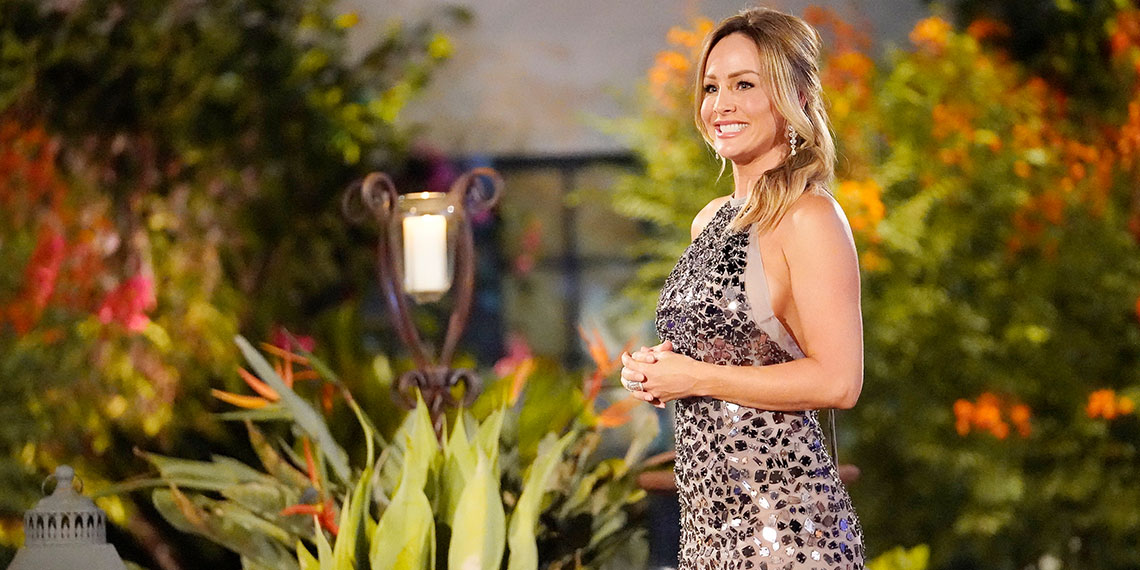 Did Clare Crawley Go To Prom? An Investigation

In case you haven’t been tuning into The Bachelorette(s?), Clare Crawley has basically been walking around with one giant-ass target on her back ever since she let her lady boner fly high the second Dale stepped out of the limo. In a matter of two 2-hour episodes (equating to like, 36 minutes of airtime when you take out the commercials), her suitors have been chastised for not stealing her away quick enough, forced to relive their childhood traumas, and turned into sexual pawns in a game of strip dodgeball.

Needless to say, this week’s episode left a sour taste in the wine-ridden mouths of Bachelor Nation for many reasons, but one in particular has led to yet another Internet debacle after Clare’s chat with Chasen (and don’t ask me to put a name to a face, because with a name like Chasen, all else becomes irrelevant).

During yet another riveting round of “why am I so unlovable?”, Clare Crawley, a 39-year-old future Housewife of Sacramento, told Chasen she felt “invisible” in high school and that she never attended her prom after he admitted to being a high school hermit himself. And I repeat, the words, “Nobody even knew who I was in high school,” came out of her mouth. Mind you, this is no sweet, doe-eyed Desiree Hartsock we’re talking about. Clare might be batsh*t crazy, but the bottom line is she’s hot, and would’ve easily won the senior superlative for “Most Likely To Become A MILF.”

In the context of the episode, the prom comment wasn’t that important, and would’ve quickly been forgotten if not for the resulting social media controversy. That’s right folks, we’ve got a #PromGate on our hands. For something so dumb, this story has a surprising amount of plot twists, so let’s break down the (un)important question at hand: DID CLARE CRAWLEY GO TO PROM?

The controversy was ignited when, after the episode aired, one woman got word of Clare’s confession, and her ears perked right up. She took to Instagram to post photos of her husband at a school dance with his date: the one and only Clare Crawley.

After stating on last nights episode of #TheBachelorette that she never went to prom, Clare has been brutally rebuffed by @boymommerch.

The original post has now been deleted (you’ll see why in a minute), but the caption of the post read, “My husband took @clarecrawley to senior prom, @clarecrawley you went to prom. #bachelorette #clarecrawley #seniorball #1999 #hothusband.”

Everything else aside, mad respect for the #hothusband hashtag. Power move. Truly, messy social media behavior doesn’t get much better than this. But here’s where it gets even better. Clare quickly got word of #PromGate and did some damage control by responding to another person claiming she’d been “exposed” with an articulate explanation of what really went down.

She said, “Lol actually not. You do know there is more dances in high school that are NOT prom? Turns out it’s just someone digging up old photos. (why she keeps her husband’s old dance pics I’m not sure) I went to a new school senior year and in fact DID NOT go to prom just like I said.”

Ok, I don’t think it’s super weird to have old pictures from high school, but Clare poses a pretty solid argument in that there are like 12 different high school dances. Pretty sure I went stag at Homecoming, became half a virgin at Winter Formal and learned that tequila was the actual devil at Prom. It’s really just common knowledge. That said, I’m not sure why anyone would lie about something as minuscule as attending their high school prom, so Clare’s argument kind of felt believable.

It’s impossible to tell just from the photos if they were from prom or another dance, but I went ahead and used my grade-A high school knowledge to do some simple addition anyway. Let’s circle back to alleged prom date’s wife and her savagery once again. One of her hashtags is the year #1999, and if we subtract 1999 from Clare’s birth year of 1981, we get 18, which is the age of your average high school ~senior~. Was this dance at Clare’s new school? Was she old for her grade? Prom or not, I still have questions.

But by Wednesday night, it appears that our original poster had a change of heart, and by that I mean her husband most likely saw what happened and freaked out. She deleted her original post, and posted an apology to Clare, saying that she “miss understood” (sp.) and that the photos were from another dance.

In the caption, she added that she “made a huge mistake at the expensive @clarecrawley.” Honestly, this woman deserves an award for her spelling and grammar, because I needed a laugh today. I’m not sure this actually qualifies as a “huge mistake”, but I get why she’s embarrassed. There’s nothing worse than realizing you were loud and wrong, and the woman has since made her Instagram account private.

So for now, it appears that Clare was telling the truth about missing out on prom, and I wish her all the best in working through that trauma. But maybe she should spend a little less time making passive aggressive comments on Instagram—just a thought! In the end, #PromGate turned out to be pretty lame, but I’m sure next week’s episode will have some fun new memories to unpack.