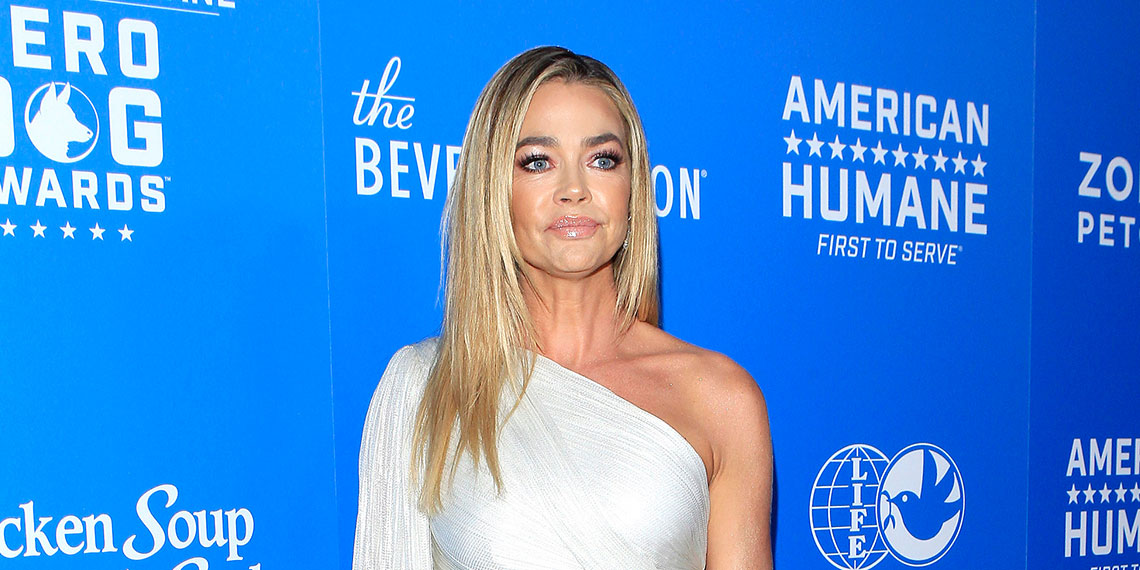 Did Brandi Glanville Just Confirm Her Affair With Denise Richards?

Okay, I’ve been cautiously optimistic for a while, but today I’m finally ready to say it: I think this season of The Real Housewives of Beverly Hills is going to be good. While the last couple seasons have been disappointing, it sounds like the show has turned a corner this season. Of course, I’m referring to the multitude of rumors surrounding Denise Richards, and mainly her drama with Brandi Glanville. A couple weeks ago, we discussed some of the rumors, and Brandi’s frustratingly cryptic tweets about the feud, but we have new information, and it’s f*cking huge.

Last week, the gossip surrounding season 10 kicked into a new gear, with a Page Six report that finally revealed the alleged source of the drama between Denise and Brandi. Rumor has it, Brandi and Denise had an affair sometime in the last several months, and the aftermath sounds dramatic AF. According to Page Six, on the cast trip to Rome in November, the other women confronted Denise about the affair, and the fact that “she was also sh*t talking the girls to Brandi.” This is right in line with the rumors that the group was collectively turning on Denise, and it sets us up for what could be a very exciting cast trip. Finally.

If the reports are to be believed, Denise denied all of her castmates’ allegations, and she hasn’t filmed for the show since returning from the Italy trip. We already know she skipped Dorit’s holiday party (thanks to Lisa Rinna’s concerned IG comments), and she was also reportedly absent from Teddi Mellencamp’s recent baby shower. Essentially, whatever happened on that Rome trip, it was enough for Denise to decide she was done with Real Housewives, and it seems unlikely that she’ll even show up to tape the season 10 reunion. Basically, she’s pulling an LVP, except Lisa’s drama was about a puppy, and Denise’s is about cheating rumors. Buckle up.

While Denise’s rep told The Daily Mail that “the story isn’t true,” it looks like Brandi is doubling down on her version of events. Today, she tweeted this message about the difference between hooking up a couple of times and being in a relationship. Honestly, I need to send this tweet to a few of my friends, because I’m sick of hearing about how they’re in love with dudes who barely acknowledge that they exist.

Now, I’m sure that Brandi isn’t allowed to share specifics of the drama before it plays out on camera, but this is about as close as we can get to a confirmation. The specifics of this tweet would make sense with what we’ve been hearing—one of the main elements of the drama is that Denise may have lied to Brandi about her marriage being open. If Brandi thought her friend was in an open marriage, then she didn’t really do anything wrong by hooking up with her a couple times. But if Denise’s marriage wasn’t actually open, and the rumor is that she and Brandi were like, dating, then things look a lot worse.

Here’s the thing. As messy as Brandi Glanville has shown herself to be, she really hasn’t ever been a liar. Really, what alienated her from so many fellow housewives in the past was her willingness to be a little too truthful. If you’re going on these shows with any kind of secrets, Brandi isn’t the kind of person you want around. Obviously, we’ll have to wait to see what happens on the show, but at this point, I’m more inclined to believe Brandi than Denise.

When you want to respond but are not “allowed” to… pic.twitter.com/PKl5cgMWYx

So yeah, I guess I’m excited for season 10? I’m sure there will still be plenty of boring lunches and unnecessary subplots, but it does seem like there’s some genuine sh*t at the core of the season. Not everyone is a fan of Brandi coming back, but her messiness might be exactly what the show needs. And hey, now that Denise is likely gone, maybe Brandi will be the one to finally bring up Dorit’s money troubles? We can only hope.