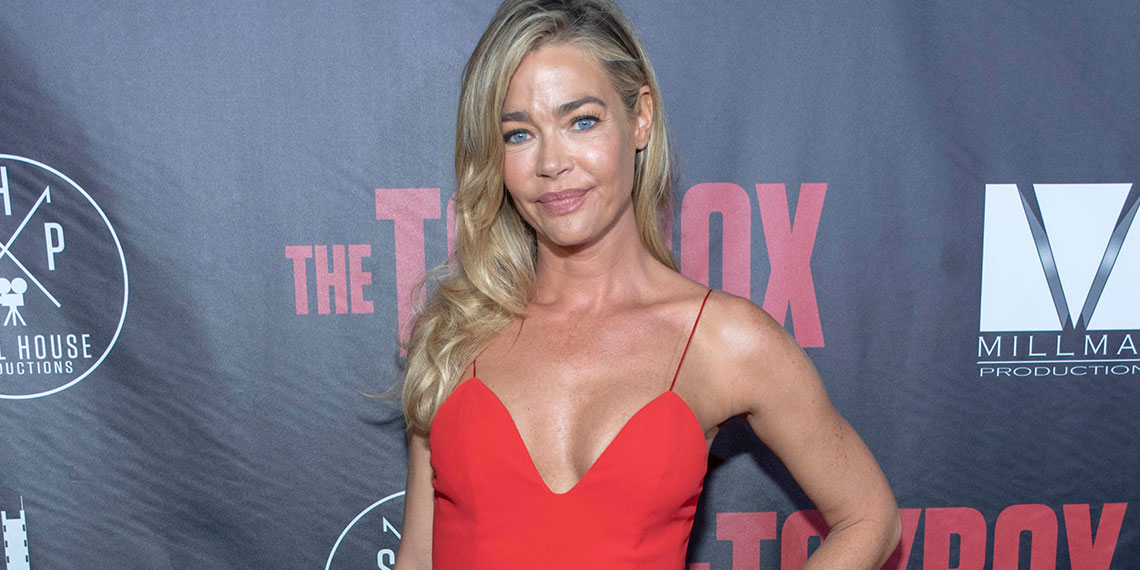 Last week, the long-awaited tenth season of The Real Housewives of Beverly Hills premiered, and while I won’t make any Chris Harrison-style declarations, it’s safe to say that this season will be pretty dramatic. The premiere was a whirlwind of new introductions, Kyle Richards pretending to be a fashion designer, and Denise Richards barking at a waiter about getting her tequila order wrong. But most importantly, we got a chilling teaser of the drama that’s to come, which revolves around Denise, and a mysterious secret that she doesn’t want on camera.

If you’ve paid any attention to Twitter, Reddit, this site, or basically any tabloid in the past six months, you probably know that the drama has something to do with Denise allegedly hooking up with former Housewife Brandi Glanville. Brandi will be appearing on our new Mention It All podcast this week, so more on that later. But back to the specifics of the teaser, which is some of the best editing I’ve ever seen on reality TV.

A message flashed on the screen that Denise stopped filming with the group in December, which is around the time that the Brandi rumors came out. We see Kyle Richards and Lisa Rinna reacting to her departure, and everyone seems confused. But the most shocking moment is at a dinner party, when Denise—looking furious—shouts “Bravo Bravo f*cking Bravo.” And in that moment, I officially forgot about everything happening in the world, and all I felt was joy.

So what does that even mean? Various housewives (namely, Kyle Richards) have talked about how, in early seasons, if they didn’t want something shown on camera, they would just start saying “Bravo” and saying Andy Cohen’s name. Whether they were too emotional or just wanted to touch up their makeup, I guess it worked. At that time, these shows almost never broke the fourth wall, so it was a safe bet that the footage of these moments wouldn’t make it to air. But times have changed, and Bravo has learned how selectively breaking that fourth wall can lead to some of the most compelling dramatic moments.

Still, seeing the “Bravo Bravo” moment was pretty shocking, and everyone had an opinion. The day after the episode aired, fellow Beverly Hills Housewife Teddi Mellencamp took to Twitter to throw some shade at Denise’s attempt to “control things”:

When I first saw this tweet, it felt like a combination of shading Denise and publicly sucking up to Bravo. Teddi hasn’t exactly been a fan favorite recently, so she should feel lucky that she’s back for another season. But the whole dynamic got a lot more interesting when Denise responded to Teddi the next day.

You were that someone that told me .@KyleRichards about it.

This tweet is an absolute nightmare from an English language perspective, but allow me to translate. I’m pretty sure that she meant to tag Kyle at the beginning of the tweet, so if you move that, it’s just: “[email protected] You were that someone that told me about it.” Still kind of a weird choice of syntax, but at least I don’t feel like I’m trying to understand a robot.

So basically, Denise is calling Teddi on her shade, saying that Kyle Richards (Teddi’s BFF) is the one who told her about the “Bravo Bravo” trick. Teddi probably knew this all along, but thought she could be cute on Twitter and throw some shade at Denise’s expense. Safe to say Denise is not about it, and it seems like she’s not in the mood to be messed with this season. I don’t know if she’ll be a true villain, but I’m ready to see her call these ladies on their sh*t.

After months of only getting information through Brandi Glanville’s tweets and random tabloid sources (who might also be Brandi Glanville), I’m extremely excited to see how all of this plays out on camera. As long as it’s more interesting than last season’s never-ending PuppyGate drama, I’ll take it. And that’s a pretty low bar. It’s going to be a long season, so settle in for some drama.