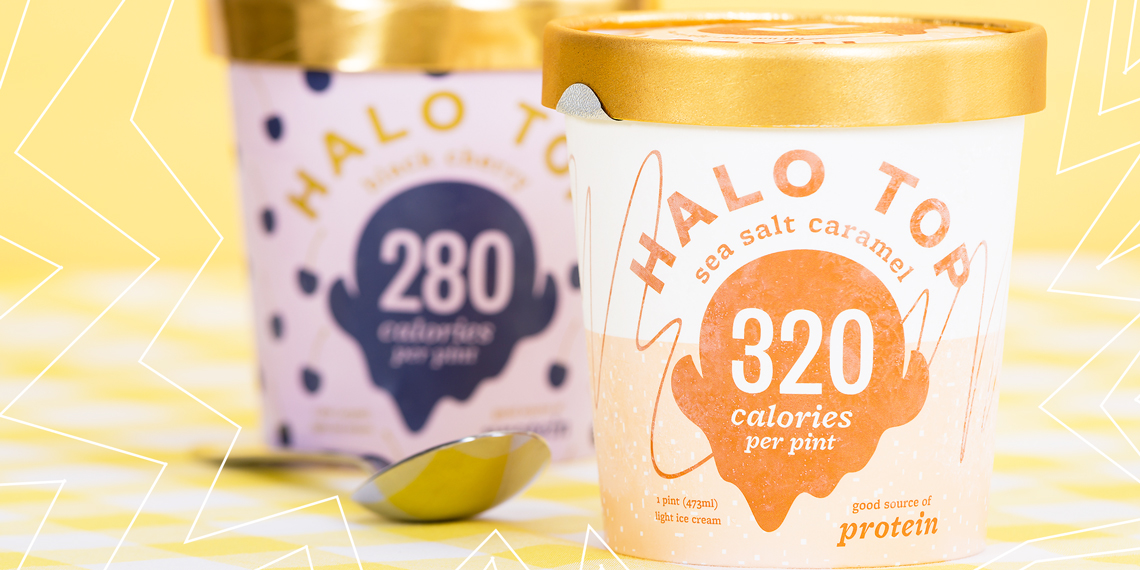 Any ice cream that boasts only 240 or so calories for the whole fucking pint demands investigatory journalism. Obviously, Halo Top has been around for a while now, and if you haven’t tried this less-than 300 calorie (usually) wonder, get your shit together. However, not all of Halo Top’s many flavors are created equal. Some really taste like the 60 calories per half cup that they are. That ain’t a compliment. I mean, I get that Ben & Jerry’s will run you about 260 calories for that same half cup, but it also tastes REALLY great. So, we have to find a happy medium. Here is our definitive ranking of some of the best (and some of the shittiest) Halo Top flavors so you can pretend to enjoy your diet.

I realize that some of you don’t want oatmeal in your dessert, or that you find oatmeal cookies fucking atrocious (especially when you think you’re biting into a chocolate chip cookie and are v unpleasantly surprised). This ice cream does not apply to those rules. This ice cream is fucking amazing. Long live Oatmeal Cookie.

Does it taste like MeeMaw’s super famous Great Depression Red Velvet Cake made with mayonnaise and sadness but still managing to be amazing? No. But it’ll curb the craving since it tastes juuuust enough like subpar Red Velvet cake. If you aren’t from the South, I don’t blame you for skipping this shit, but if you are, this is a great stand-in for your fattening desserts.

When you can see the real vanilla bean flecks, you know that shit is gonna be good. Maybe not as creamy in texture as Breyer’s or Häagen Dazs, but if you’re looking for healthy fucking ice cream, you have to cut the happiness somewhere. Given, vanilla is boring AF, but we have to give some RESPEK to the fact that this can go up against the best of the best in the freezer aisle and not suck. This works GREAT with mix-in’s like crushed candy bars and Oreos if you aren’t ready to embrace diet ice cream, tho.

Easily one of the best new flavors, Candy Bar Halo Top is reminiscent of a Snickers bar, which, like, does anyone NOT like Snickers? If so, please let me know in the comments and I will alert the proper authorities. The base of this Halo Top flavor is chocolatey and nougat-like, and rivers of caramel and chocolate live in harmony with the honey roasted peanuts throughout. I should quit my job to pursue poetry. Fun fact: this works well in a affogato with espresso poured over. Now you know a new word. Google it.

Mint chip is refreshing as fuuuuuck. It isn’t the perfect, minty fresh chocolatey shit you expect from Breyer’s (bless), but it does have a fab mixture of white chocolate and peppermint that works well on its own or with some vodka in a blender. You heard it here first.

There are diehard fans of this Halo Top flavor, and for good reason. It was one of the OG flavors, and the base literally tastes like cake batter so you can FEEL like you’re being bad and licking the bowl of a freshly baked cake when rly you’re sitting in sweatpants and sadly eating a pint of diet ice cream alone LOL!

Cinnamon roll chunks plus brown sugar plus more cinnamon plus vanilla glaze  = I would eat this ice cream for breakfast. I have eaten this ice cream for breakfast. Judge me. If you disagree, you’re wrong. It’s like all the best aspects of Cinn-A-Bon in a creamy, frozen freezer treat. Now you can feel like you’re stuck in LaGuardia after your 8am flight has been delayed four times and you’ve finally given in and gotten Cinn-A-Bon. Yay!

If it isn’t an actual banana but is banana-flavored, it will taste like shit. That’s a fact of life. This tastes like a big fake banana covered in minimal fake chocolate. Only bananas can work banana flavor. Everything else is fake news.

Since the chocolate from Halo Top isn’t like, amazing anyway, adding coffee doesn’t help—which is shocking because adding coffee to anything (cake, brownies, alcohol, depression) is usually an immediate fix. The chips are very small and sad, the coffee is more bitter than me at work on a Monday, and the whole thing tastes v artificial. I assume this would be great if I mixed it with real ice cream, tho.

It just doesn’t taste right. While the fruitier and lighter (or even layered) flavors are easier to get away with, the pure, legit essence of chocolate just doesn’t really work when it’s under 300 calories. This tastes like the reason Europeans hate us and our shitty, shitty milk chocolate. I certainly don’t want to be part of something that makes me unlikable. PASS.

Too much nut flavor, not enough actual nuts. (That’s what she said, I’m not sorry). Just get some actual pistachio gelato if you need a fix this bad. Who eats pistachio flavored anything under the age of 65? I thought pistachio pudding and ice cream was something they gave old folks as a special Friday surprise in the home.

If I want green tea, I’ll make some or pop one of those belly fat burning pills, which I assume taste like green tea. This tastes like grass and shitty perfume, which works if you’re vegan and feel no joy anyway. Fight me.

Who did this? It’s an abomination. It does taste like maple syrup, so good job there. However, there’s a sorta weird buttery undertone that is just a hard no from me. If I want a buttery dessert, I’m gonna go ahead and eat pound cake with real ice cream on top. When you’re diving into a pint of diet ice cream, it isn’t really the time to get caught up in butter and syrup and carbs.

Meh. Who even eats this?  It smells like a fake strawberry should taste, if that makes any sense. If it doesn’t, buy a pint and see what I mean. It’s like, yah, it’s strawberry, but also, it’s a weird loser pretending to be strawberry.

Yell at me about how I missed your fav flavor in the comments. Bitch.