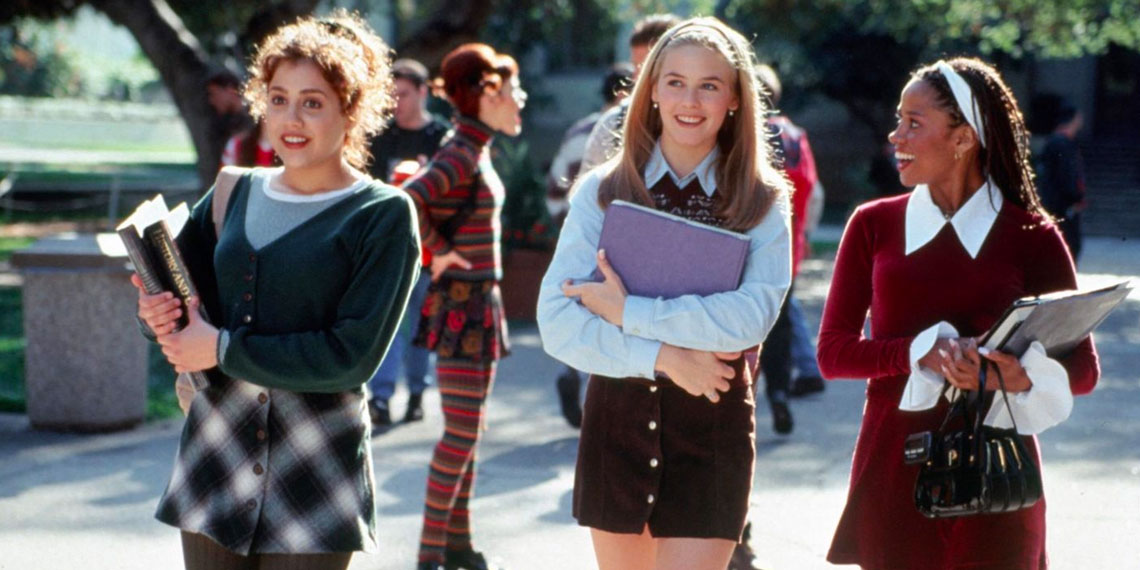 I really am not one to fangirl over reboots of my favorite 90s TV shows and movies simply because of the nostalgia factor. Time and time again, the reboot proves to not even come close to the original (and that’s why I don’t talk to my exes). BH90210 was a meta-clusterf*ck. Baywatch was a total disaster that even The Rock and Zac Efron couldn’t save. We don’t even talk about Mean Girls 2. And yet history does nothing to stop Hollywood from insisting on making reboot after reboot, demanding us millennials to get excited and watch it, even though we can still watch the original on repeat on Netflix. And what do we do? We play right into the narrative, with our “OMG A ‘GREASE’ REBOOT IS COMING” articles and our Twitter hype, never stopping to question if we should do something just because we technically can. And so today’s reboot that probably some people asked for, but I was definitely not one of them is Clueless. And, while we don’t know a whole lot about the Clueless reboot, what we do know is… concerning.

Entertainment Weekly reports that Clueless is in talks to be remade into a TV series by CBS Television Studios, and it apparently already has multiple bidders. Deadline reports that multiple streaming services as well as the CW are interested. (My personal vote would be the CW since, as you’ll see in the description, this new Clueless would fit right in with the likes of Riverdale.) Again, we do not know much about what this Clueless reboot will entail, but we do know that it’s going to be executive produced by Corinne Brinkerhoff, who created American Gothic and No Tomorrow, and it’s going to be written by Jordan Reddout and Gus Hickey, who wrote Will and Grace. These are some interesting choices, but not nearly as interesting as the description of the TV show Entertainment Weekly provided.

This Clueless reboot TV show is actually going to be centered around Dionne, and I sincerely hope that they are not even considering bringing Stacey Dash into this—not even as the new Dionne’s mom—because her problematic behavior does not need to be brought back into the public consciousness. In any case, Dionne is the main character, as Cher Horowitz disappears, and Dionne is forced to step into her role as Queen Bee. Or, as the unofficial description puts it, “a baby pink and bisexual blue-tinted, tiny sunglasses-wearing, oat milk latté, and Adderall-fueled look at what happens when the high school Queen Bee (Cher) disappears and her life-long No. 2 (Dionne) steps into Cher’s vacant Air Jordans. How does Dionne deal with the pressures of being the new most popular girl in school, while also unraveling the mystery of what happened to her best friend, all in a setting that is uniquely 2020 L.A.?”

First, in what world does Cher Horowitz wear Air Jordans? I don’t know about you guys, but I just took an Adderall, and that description still gave me a headache. (Just kidding mom, it was only a Sudafed!) This kind of reminds me of Euphoria, and I’m bregrudgingly into the idea that the creators are making their Clueless reboot grittier and darker. However, this whole description reads like these writers Googled “millennial buzzwords” and threw them all together in a word salad. Or, if you’re looking for a visual description:

If this all sounds familiar, that’s because Clueless was already adapted into a TV show. It aired from 1996-1999 and starred Amy Heckerling as Cher (since Alicia Silverstone wasn’t available) and Stacey Dash as Dionne. However, while the ’90s TV show was not much of a departure from the original movie, this 2020 adaptation is going to be markedly different. For all my complaining, I actually think that if you’re going to revive a 90s classic, you need to go in a totally different direction with it. So that I support. The thing is, though, this could have been a totally new TV show and it would have still been compelling. There was no real reason to bring Cher and Dionne into this. That said, I did watch and enjoy Riverdale season one, so if the Clueless TV series is in the same vein, it might actually be good… until it jumps the shark in season 2.