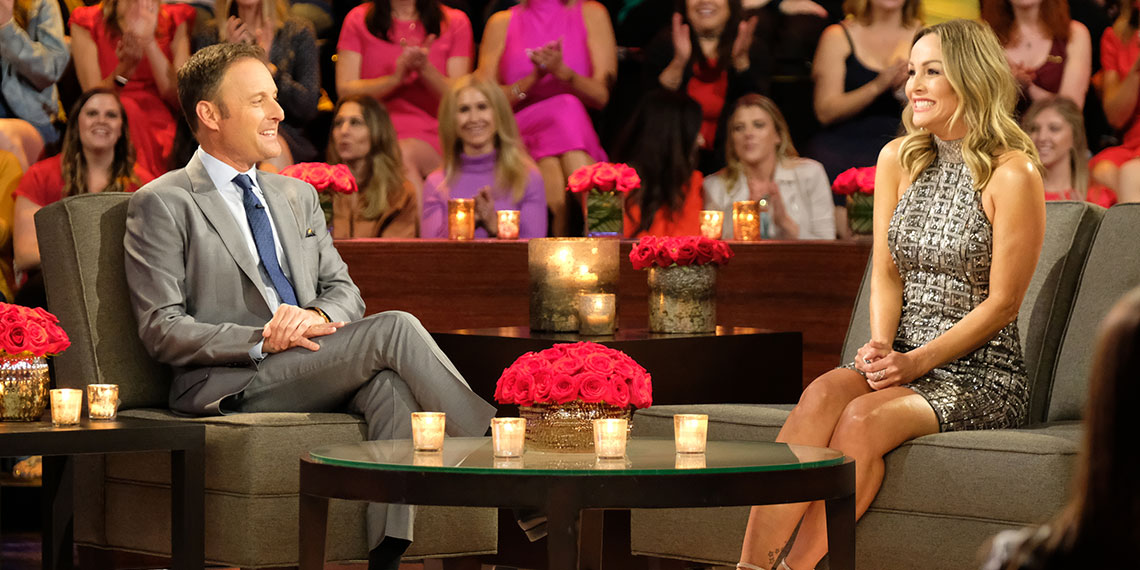 At this point, it seems safe to say that Clare Crawley’s season of The Bachelorette is kind of f*cked. Last month, when production was canceled the day it was scheduled to start, it was a shock. Little did we know, it wasn’t just going to a be a week or two of delays. It’s now been six weeks since the initial postponement, and with stay-at-home orders still in place in California and like, everywhere else except Georgia, there’s no end in sight yet. Clare Crawley’s season was initially scheduled to premiere on May 18th, but that’s obviously not going to happen. So, like the rest of us, she has lots of time to kill on social media, and over the weekend, she took shots at some of her contestants.

Clare Crawley is no stranger to calling people out on Twitter, whether they’re random trolls or her ex-troll Juan Pablo, and it’s something I love about her. ABC makes these people follow a ton of rules, but I’m glad that Clare, a grown-ass woman, still feels like she can speak her mind. Which is exactly what she did on Saturday, when she tweeted that “If you are doing interviews and creating Cameo accounts before you are even on my season… you are in it for the wrong reasons.” She also hashtagged “dontwasteyourtime”, which I love.

In a second tweet, she asked her contestants to respect this opportunity, the rules, and her.

Respect the opportunity you’ve been given. Respect the rules. Respect me. @BacheloretteABC ❤️

While Clare kept her tweets vague, it took approximately two seconds for people to guess who she might be talking about. If you’re shouting  “MATT JAMES” at your screen right now, congrats, you solved the puzzle! When Matt was announced as one of Clare’s contestants last month, he was already well-known among Bachelor fans as Tyler Cameron’s best friend and roommate. I wasn’t mad about his casting, but it was definitely an odd move for a show that’s obsessed with telling people that they should be there for the right reasons and not Instagram fame.

Since filming got postponed, Matt James has only gotten more attention, as he’s a main member of the Quarantine Crew, with Tyler and formerly Hannah Brown. The group is all over social media, and Matt now has almost 200,000 Instagram followers—all before he’s even set foot in the Bachelor Mansion. As mentioned in Clare’s tweet, Matt has given interviews and is on Cameo… but it’s all for charity. In an Instagram video which is pretty obviously directed at Clare, he clarified where the proceeds from his Cameo bookings are going:

So there you go. Matt James is doing press and making Cameos, but it’s all to support a good cause. I don’t think anyone can really argue that he shouldn’t be doing that, but still, maybe he shouldn’t be going on The Bachelorette? The whole “right reasons” discussion aside, the fact that he and Clare are already basically subtweeting each other doesn’t seem like a promising start to a relationship. I usually wait until after I meet a guy to start tweeting vague rude things about him! Matt James already has his platform, so maybe he should just bow out of Clare’s season. He doesn’t really need it.

But the plot got thicker from there, when Clare Crawley followed up on Twitter, claiming that her original tweet wasn’t just about Matt James. She tells one of her followers “You weren’t supposed to deduce babe,” which is so condescending that I have to laugh. Clare says that the tweet “was about MULTIPLE men and a general thought”, which like, sure Jan. Maybe the tweet was about multiple men, but for her to act like we weren’t supposed to make guesses is just laughable.

You weren’t supposed to deduce babe, it was about MULTIPLE men and a general thought I was having while we sit here in a real life crisis where someone’s (everyone’s) time + sincerity hold so much weight and value. 🤷🏼‍♀️🥰

She added that right now, we’re in a “real life crisis where someone’s (everyone’s) time + sincerity hold so much weight and value.” Eh, idk about this. If you’re like, a doctor or a nurse, your time is pretty precious right now, but I feel like most of us are pretty desperate for sh*t to do. I just spent a full weekend on the couch, so I don’t feel like my time holds that much value at this point.

We still have no idea when Clare Crawley’s season will actually start, but I wouldn’t be surprised if the list of contestants looks different from what ABC released initially. Chris Harrison has already acknowledged that there will probably be casting changes for logistical reasons, but I have a feeling Matt James might not make the final cut, either. As cynical as I am about all this stuff, there are still a lot of people who actually want to watch a love story on TV, and it won’t be a great look if the lead has already taken shots at one of her contestants on Twitter. Matt James’ Bachelor career might just be another casualty of the pandemic. Sad!