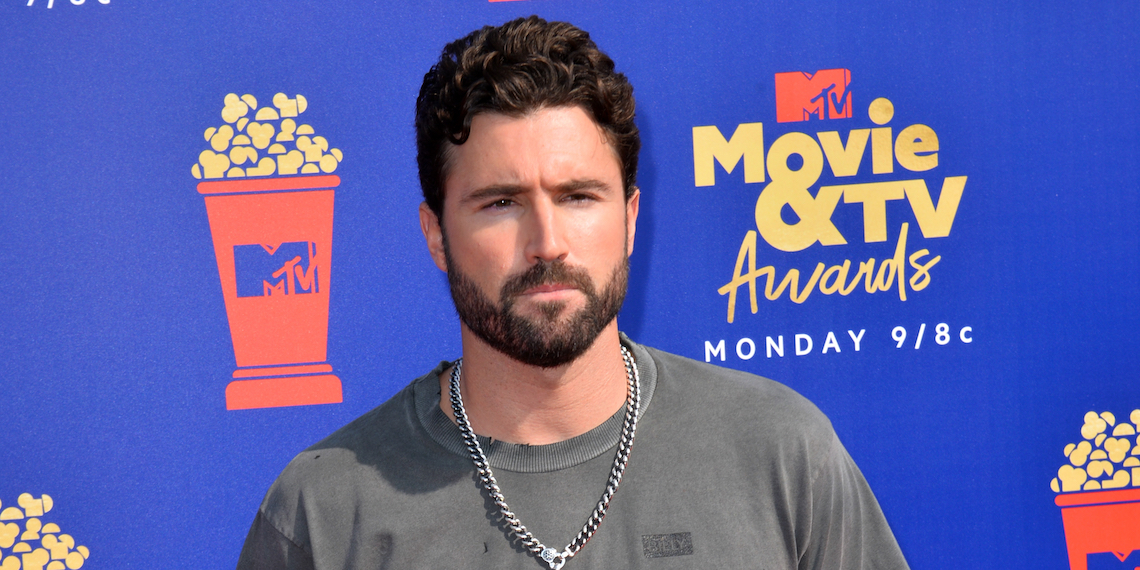 Divorce is tough, or so I’ve heard, but apparently when you’re a celebrity, you don’t have too much trouble bouncing back. It’s only been a couple weeks since the news broke that Brody Jenner and his wife Kaitlynn Carter are splitting up, but they’re both wasting no time seeing who else is out there. While Kaitlynn has been busy having a Hot Girl Summer moment in Italy with Miley Cyrus, her ex Brody is apparently also moving on with someone new. Hello, yes, I officially have whiplash.

According to TMZ, Brody has been spending a lot of time lately with Josie Canseco, a 22-year-old model who is the daughter of former baseball player Jose Canseco. Jose Canseco is most famous for doing a sh*tload of steroids, but if you DGAF about sports, you might remember him for spreading rumors about A-Rod cheating on Jennifer Lopez with his ex-wife Jessica. Basically, he’s a messy bitch who lives for drama. But back to Josie.

TMZ spoke to “sources familiar with the new pair,” who said that Brody and Josie “seem like a good match for now,” which sounds like a thinly-veiled way of saying “the sex is great but they’re not going to last.” This is unsurprising for a couple of reasons. First, Brody Jenner is just getting out of a marriage in which he seemed pretty miserable, so I’m not sure why he would want to commit to someone else so soon. Also, he’s 35 years old, which makes Josie Canseco 13 years younger than him. I’m not here to age shame, but I feel like Brody’s ideal type shouldn’t be someone who wasn’t legal to drink until last year when he could easily be her dad.

According to the TMZ sources, Brody and Josie met while he was on the press tour for The Hills: New Beginnings, and they were reportedly introduced by Frankie Delgado and Brandon Lee. This would make sense, because Brandon Lee is 23, so he and Josie probably knew each other from their days of using fake IDs to get into bars two whole years ago. Honestly, one of the weirdest things about the new Hills is the age difference between Brandon and everyone else, but it feels like the other guys in the group like hanging out with him to feel younger. With this in mind, it’s no surprise that Brody wants to date someone younger, and Josie Canseco is also like, very hot. Josie probably sees hanging out with Brody as a way to gain some clout, and he’s also still a regulation hottie too. I doubt these two are in it for the long haul, but who really cares at this point?

So let’s do a quick rundown of what’s going on with everyone involved. Brody and Kaitlynn split up, and now Brody is hanging out with Josie. Kaitlynn is hanging out with Miley, who just split up with Liam, who posted an emo sunset pic on Instagram and now I’m low-key concerned. I’m really trying to keep this all straight in my head, but it’s barely even worth it at this point. We’ll see if Josie and Brody pop up on each other’s Instagrams anytime soon, but I have a feeling that this is more of a “hanging and banging” type of situation than an Instagram official thing. Only time will tell!