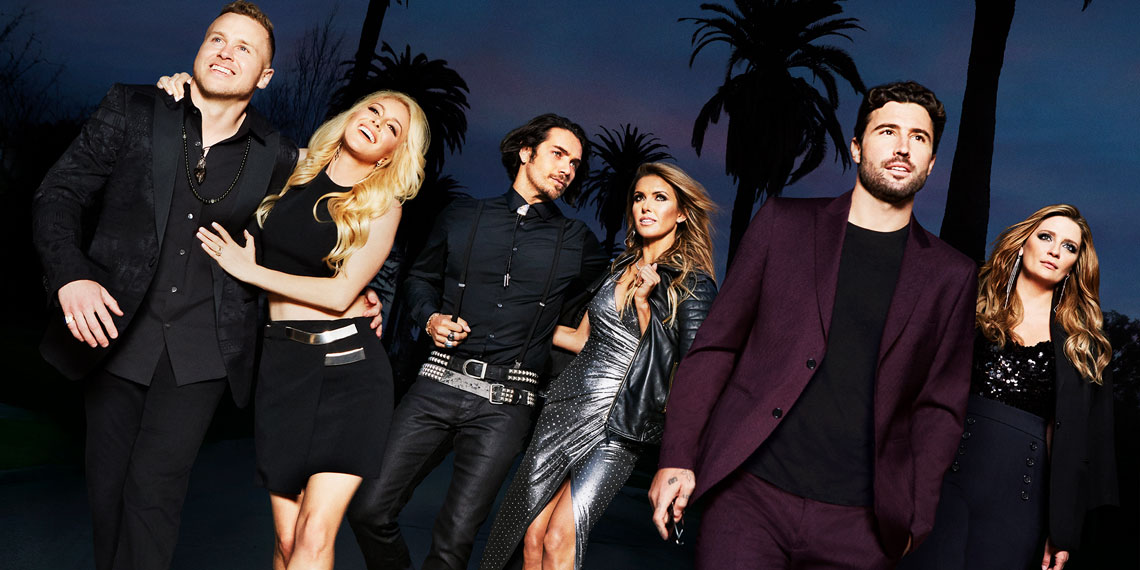 Is ‘The Hills: New Beginnings’ Worth Watching?

Audrina super casually drops that Justin Bobby was the first person to reach out to her after she got a divorce. OF COURSE HE WAS. Of course Justin Bobby is the level of douche who not only hits you up immediately after a breakup, but immediately after a divorce. Unfortunately, this is still Audrina we’re dealing with, so she sees nothing suspicious about his behavior, and is strongly considering* going on a date with him soon.

*I wrote that at the beginning of the episode. 35 minutes in, they’re on a date. Justin Bobby just said “comment allez-vous,” and I am deceased. Here’s a moment from their date:

If nothing else, you should watch the pilot just to hear Spencer say “in the media, we are very hated” with more bitterness than I knew he had in him. Among Spencer’s other grievances: Brody didn’t invite him to his wedding, because (per Brody) they weren’t speaking on a daily basis at that time. To be fair, Spencer does say earlier in the episode that he and Heidi were “basically in the Witness Protection Program” in Costa Rica. While that’s in no way factually accurate, I assume Spencer used it as an excuse to drop off the grid and ghost everyone he knew, including Brody. Seems like Brody noticed.

Brody’s Marriage Is A Train Wreck

Oh my god. The very first scene with Brody and his wife Kaitlynn has me screaming into a pillow because a) it’s so relatable and b) their marriage looks so very bad. Brody is in full-on avoidance mode: after coming home late the night before, he literally slept in his car to avoid being yelled at by Kaitlynn. Kaitlynn, for her part, does yell at Brody a lot and boss him around, to the point where it seems like she fundamentally doesn’t trust him to remember or do anything correctly on his own. Honestly, I’d need to see footage from the past few years to know whether or not she’s in the right.

Apparently, Pamela Anderson moved to France after Trump was elected. Not a piece of information I expected to get from The Hills: New Beginnings. But since Pamela Anderson’s son Brandon is on this show, I have now found it out, and it surprises me. Also, she is a big believer in sage, and her eyes do not move the normal amount.

Mischa Barton Has No Real Connection To These People

Okay. I know the fakest part of all these reality shows is that none of the stars are actually friends off-camera—or in any case, that’s the fakest part of the Housewives franchise. I knew it was weird when they added Mischa Barton to a Hills reboot, but I was open-minded: maybe these people knew her more than I thought. Nope! She and Stephanie apparently have something of a history, but the other girls are more or less strangers to her. I have a feeling Mischa’s about to get the Erika Jayne treatment, aka everyone talking sh*t about how she’s an ice queen. But hello! She literally isn’t friends with them. I’d be cold as hell too.

Mischa at a Hills cocktail party:

I would’ve loved to talk more about Heidi and Spencer from this episode, but honestly nothing they’re doing is surprising. It’s upsetting, it seems like a huge cry for help, but it’s also exactly what you would expect of Speidi: Parent Edition. Kindly comment with your best guesses on everyone’s plastic surgery choices below!