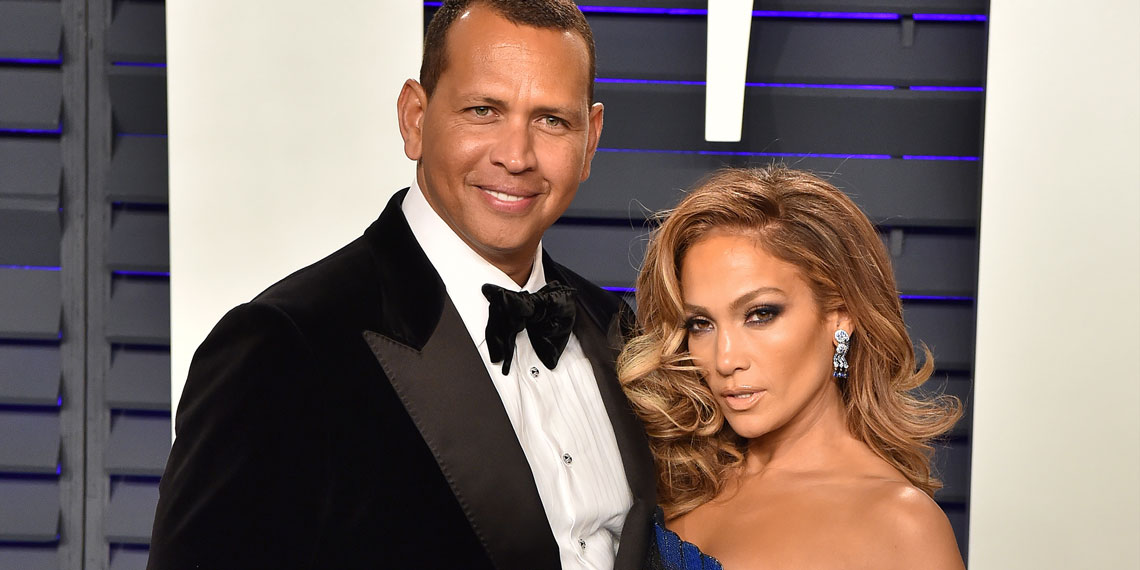 There Are More Claims That A-Rod Cheated On J.Lo

Unless you live underground, you’re likely aware that A-Rod (of Yankees fame) and J.Lo (of the block) decided to consciously couple and announced their engagement on March 9. There was a 10-carat ring. A picturesque sunset over a bay we’ve never heard of. A previously great baseball player and his big bootied love, just soaking up each other’s awesomeness, as they’ve been doing since they started dating in 2017. Everything was literally great. I mean, J.Lo even managed to look surprised, which is shocking considering she’s had somewhere between four and six men propose to her. Based on their social media alone, they seem like couple goals. But only 48 hours after the ex-baseball star got down on one knee, there were accusations flying regarding Mr. Rodriguez’s wandering eyes (and d*ck). Can’t say we’re surprised, because we can never have nice things. But here’s a refresher for you on what’s going on in paradise, and why there might be new troubles on the horizon.

We told you all about part one of this “is he or isn’t he” bullsh*t in that ex-baseball dude Jose Canseco accused A-Rod of actually being the cause of his own marriage ending. He threw these accusations like a sh*tty ground ball just two days after A-Rod popped the question. He also tried to get A-Rod to box him, which I would 100% be down to watch, but that’s neither here nor there.

ARod what happened to your eye? Did one of your girlfriends do that to you? Stop being such a liar and a cheat

Canseco’s ex-wife, Jessica Sekely, quickly denied those rumors, seemingly squashing the whole “is he cheating” rumors. Did they bone? I have no idea, and I kind of don’t care, since it seems like the attempt of a disgruntled sad ex-baseball player to throw his ex-wife’s reputation under the bus.

However, now there’s another person coming forward with claims that A-Rod is doing our BFF, Jenny, dirty on the DL. Let me be the first to say, “hasn’t J.Lo been through enough?” I mean, the woman has been engaged several times and isn’t eating carbs (probably). There’s only so much she can handle. Unlike the Canseco rumors, these newest claims seem significantly more interesting, since they involve a lot less sad baseball players and a lot more (alleged) d*ck pics. Who’s throwing shade? British Playboy Playmate Zoe Gregory claims that A-Rod sent her inappropriate (and seemingly one-sided) texts for about three months before he decided to hitch his wagon and now dead career to J.Lo with that sunset proposal.

Ex-Playmate claims A-Rod was sexting her just a few weeks before proposing to JLohttps://t.co/IESV8AVbr4 pic.twitter.com/T1Rr5N1E4e

Gregory, 44, lives in L.A. and says the texts, sent over WhatsApp, ranged from asking how many times she’d “been” with a few of her girlfriends (ew), to if and when she could fly out to San Francisco, to requesting “naughty videos.” Apparently, A-Rod also gifted a d*ck pic to Gregory, which allegedly showed his “manhood” (gag) and his “muscly thigh.” What a charmer. The texts started around Boxing Day, which is in December, of 2018, and continued right into February. There’s no word on why the texts and communications stopped (did they even?) but Gregory alleges that J.Lo “doesn’t deserve this.” Weirdly, we agree on that point.

On the one hand, this isn’t the first time A-Rod has been accused of being sketchy. His first marriage ended because of his supposedly numerous extra-marital activities. Then you have the whole Canseco thing, and the fact that celebrity gossip guru, Enty Lawyer, has been claiming for a while now that A-Rod has been cheating.

Based on his history, it seems like sending gross texts to an ex-Playboy model is right in this guy’s wheelhouse. However, these texts seem awfully one-sided and, I’m sorry, but until I see the blurred-out d*ck pic, I’m not sure I buy it.

Neither J.Lo or A-Rod have outright addressed the claims yet, but I wouldn’t be surprised if Jenny puts a kabash on what would be her fourth marriage. Girl, go have some you time.