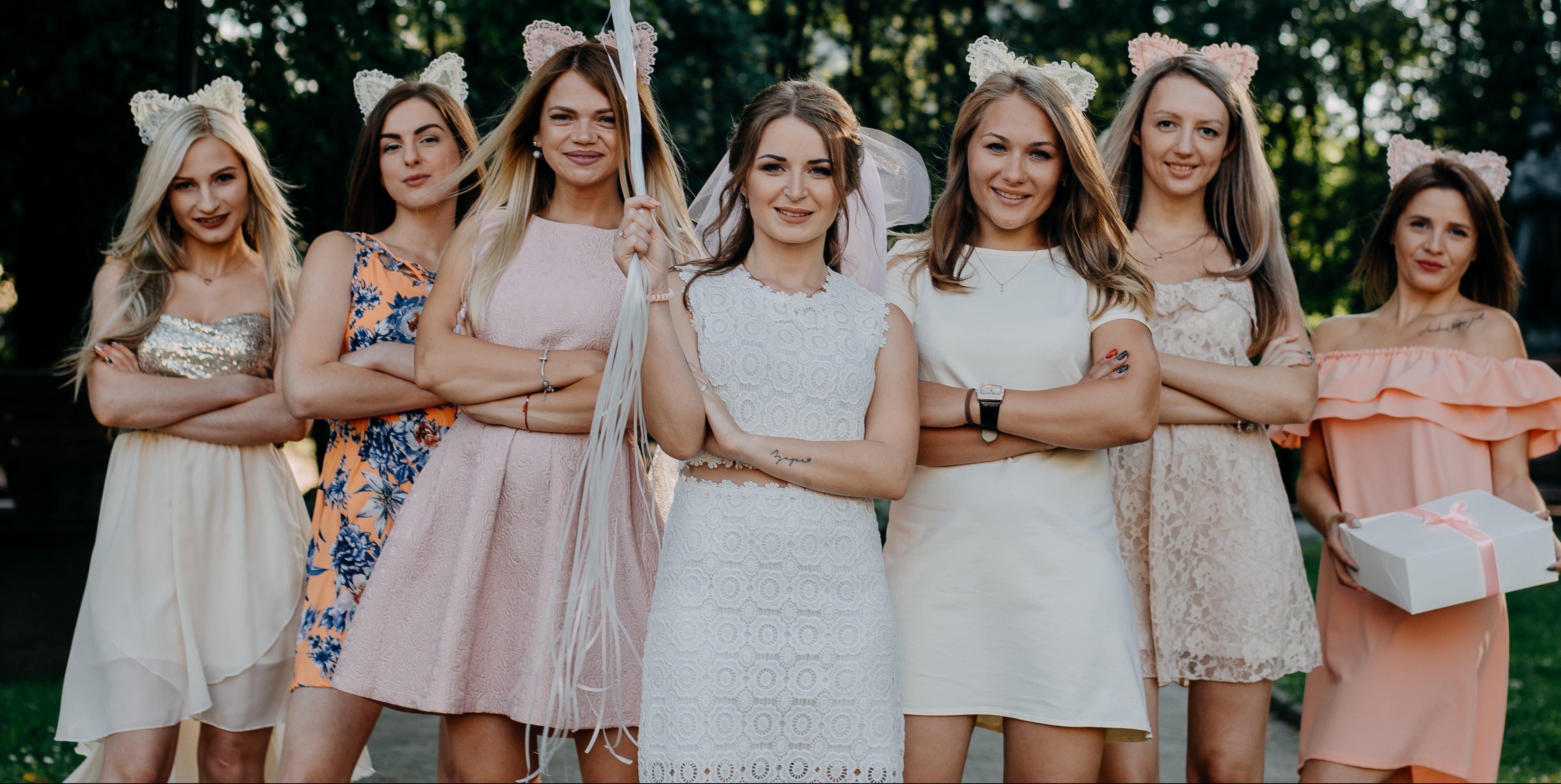 Bridesmaid Dresses You Should Never Make Your Friends Wear

Being a bridesmaid means you’re the bride’s bitch for whatever amount of time transpires between the cutesy package with pics of you two, a wine glass, and the “will you be my bridesmaid” note (covered in v tasteful gold glitter) to the bitter end when she and her now-forever dude run through a parade of sparklers. If you’re the bride, have mercy. If I’ve agreed to be in your wedding, I pretty much have to do whatever you want and not question it. That includes wearing some travesty of a bridesmaid dress if you insist I do so. So what if I look terrible in tangerine—it’s YOUR special day, and I am but a minion. The least you can do is absolutely not put me in any dress that makes me feel fat, fugly, and poor.

Love your bridesmaids? Don’t put them in any bridesmaid dress that checks these boxes:

Cool colors are safe. Some warm colors, like reds and burnt oranges, can pass. But for the sake of this article, approximately 1% of people look good in yellow or lime fucking green. The rest of us look like washed-out, pale mole people who have only glimpsed the sun this one time. Go for a different bold color.

A few ruffles on a bridesmaid dress are okay. Ruffles like the kind that make you look like an Elizabethan courtesan are not. They’re itchy, they’re going to get covered in makeup if they’re close enough to the bridesmaid’s face, and they’re just not cute on anyone.

It Has A Plunging Neckline

Do you wanna be upstaged by titties? Long Kleinfeld Bridesmaid Dress with Ruched Bodice

Sure, Susannah will look great in the deep V, thanks to her size A titties and 110 lb 5’9” frame (lucky bitch). But Fiona and Beatrice are going to look like 10-pound sausages stuffed into five-pound bags with the girls spilling out for all the see. Don’t want a potential spectacle on your wedding day? Go for a sweetheart neckline—it looks good on everyone.

Ain’t nobody got time for look good in white. Plus, as the bride, do you really want to blend in and have people guess which one is the bride in all the pictures from your super special day? HELL NO.

It Has Long Sleeves

Want to suffocate a bridesmaid? Put her in long sleeves during your September wedding which, amazingly, was a balmy 85 degrees instead of the assumed 70. Watch her pass out during hour three of picture taking. Become entranced by her pit stains.

How you look in boots.

NOPE. I’m sorry, but nothing looks tackier than having your bridesmaids lined up in a chiffon-ish bridesmaid dress punctuated by a disgusting pair of cowboy boots. They’re not trendy—they’re trashy. And they will literally detract all gazes from your flowing ivory or white (whatever) gown to their boxy, shitty, leathery existence. Keep the boots where they belong—at country concerts and NASCAR outings. Oh, and I’m not even making a category for camo dresses. If that’s what you want, you go right ahead and put your girls in camo. While you’re at it, better take out a second insurance policy on your double-wide, cause chances are you pushed one maid too fucking far.