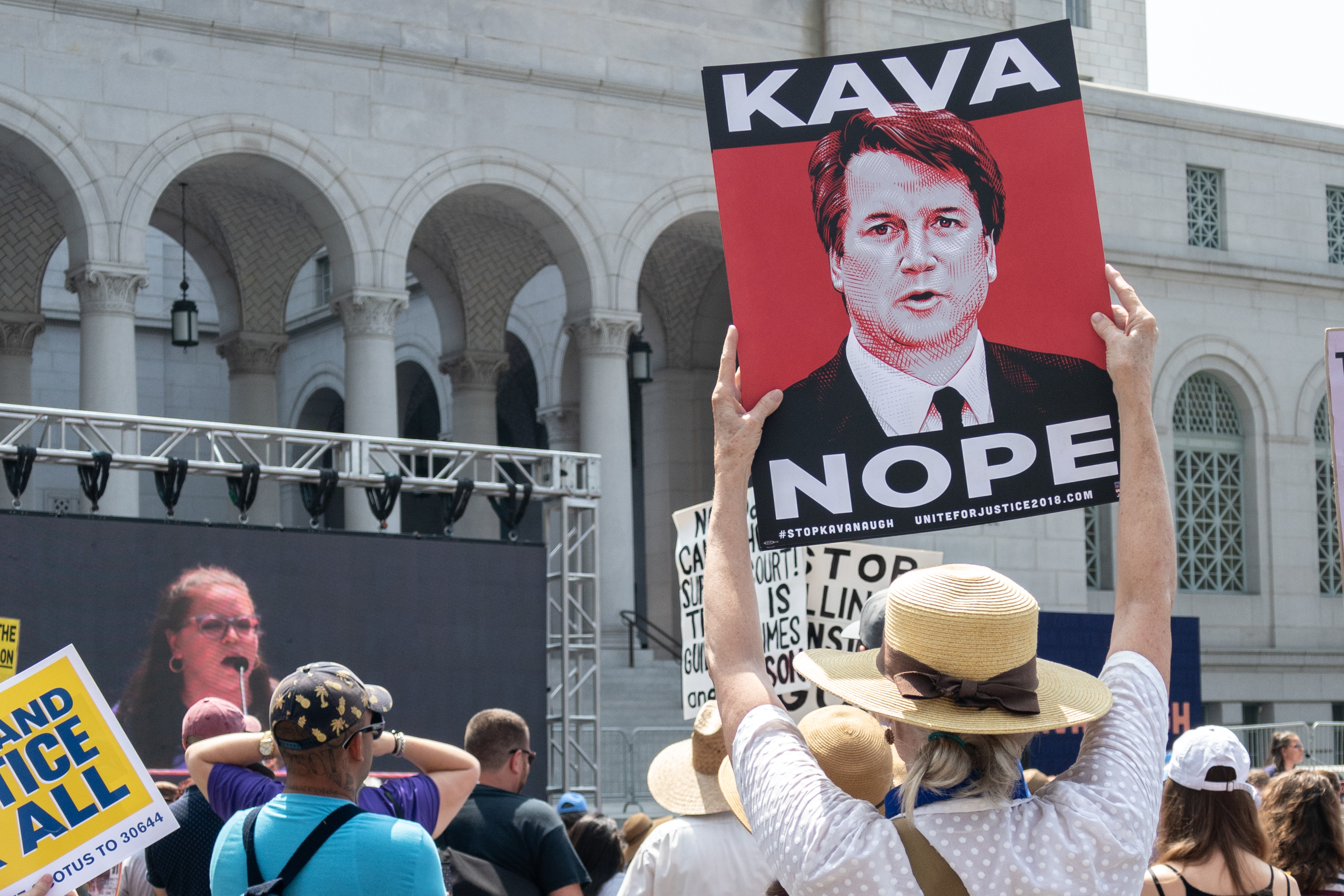 Of Course There Are New Allegations Against Brett Kavanaugh

In the theme our country has been keeping up with lately of finding all of the sexual assaulters and putting them into positions of power, Brett Kavanaugh, Supreme Court nominee, now has not one, but two accusers. Last week, Christine Blasey Ford, a professor in California, accused Kavanaugh of violently trying to get her clothes off and muffling her screams while she was pinned down on a bed at a party when they were both in high school. Now, a second woman has come forward, which shouldn’t be a surprise considering most men who are terrible don’t have just a one-off terrible moment and then learn from their mistakes.

Deborah Ramirez, 53, told The New Yorker  (and Ronan Farrow because, of course) that while she and Kavanaugh were both studying at Yale University, Kavanaugh exposed himself to her while she was heavily intoxicated. Ramirez admits her memory contains gaps and foggy details, because understandably, she was binge-drinking in a dorm room. After spending six days of piecing together the details she does carefully recall, Ramirez is confident it was Kavanaugh who thrust his penis in her face, forced her to touch it, and mocked her with two of his friends.

Kavanaugh has, of course, denied the allegation and relied on statements from peers that knew and liked him in high school in college, stating, “The people who knew me then know that this did not happen, and have said so. This is a smear, plain and simple.” Kavanaugh, getting a group of people who remember you as “not a sexual deviant” doesn’t dismiss the people who do remember you that way. If I hit a guy drunk driving, a list of people I didn’t hit would not help my case.

In both cases, Blasey and Ramirez remember feeling humiliated and mocked by Kavanaugh and the other boys in the room. Ramirez remembers the students were all playing a drinking game where each player chose who would drink next. Ramirez was chosen the most, and quickly became very drunk. She recalls the boys throwing a fake plastic penis at her as a joke, but then being on the floor and seeing a penis in her face. In her drunken state, she said, “that’s not a real penis,” and Kavanaugh and his friends, laughing, instructed her to “kiss it.”  She says she can still remember Kavanaugh pulling up his pants while another student yelled down the hall, “Brett Kavanaugh just put his penis in Debbie’s face!”

Reportedly, senior Republican aides learned about the Ramirez accusation before The New Yorker article was published, which is why they’ve been scrambling to push Kavanaugh’s nomination forward. Trump, who has continued to support his nominee and dismiss the accusations, held a rally in Las Vegas on Thursday to praise Kavanaugh as a “great gentlemen” and “one of the finest human beings you will ever have the privilege of knowing.” On behalf of all women in America, I’m going to take a shot in the dark here and say we’re fine without ever having “the privilege” to know him or his penis.