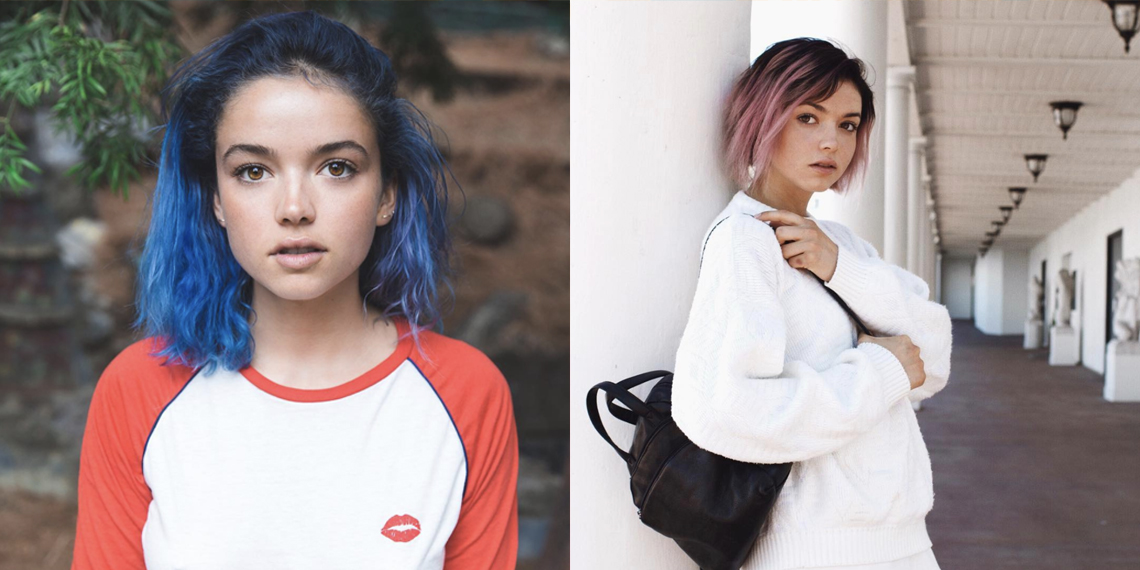 The producers over at The Bachelor have been shaking things up this season ever since they selected Arie to be their next Bachelor and decided to pair him up with someone who just stopped using her fake I.D., like, yesterday. Just a casual reminder that I’m talking about Bekah M. here, who is literally more age-appropriate to be Arie’s adoptive daughter than life partner, but whatever. Bekah M.’s age isn’t the only thing making waves this season. People are also losing their shit over her because her hair, like my patience every time Arie tries to feel her up during a rose ceremony, is short AF. Let that sink in, people. A woman with short hair is actually sexually appealing to one of the most eligible bachelors in America. This is what we marched for!! Tbh the pixie cut actually isn’t Bekak M’s craziest haircut and I know this because I am an avid follower of her Instagram account and, let me tell you right now, that account looks less like it belongs to a single human and more like it belongs to someone trying to fake different personalities for various free streaming trials. Since it’s Friday, and I was already planning to spend my day deep-stalking reality TV contestants instead of actually doing any actual work, I’ve decided to waste my precious free time by blessing you all with a definitive ranking of Bekah M.’s hairstyles. You’re welcome.

Okay, was this some sort of phase that took over America’s youth and I somehow missed it? Because Bella Thorne tried to pull this same shit a few years back by labeling herself a ~yUnG sMurF~ (her exact wording, not mine) and I do not fucking get it. Is this a sign of the Jingle Jangle drug use that Riverdale keeps alluding to? The only other plausible explanation I can come up with for a hairstyle such as this is that Bekah was trying to get sponsored by Urban Outfitters on Instagram, and I don’t think that’s not a good enough reason to dye your hair the color of a Papa Smurf. No, this shit gets last place.

This one just barely missed last place because, honestly, it’s so average. I, mean, am I rocking a similar haircut at this very moment, only in blonde? Yes, but I’m also not some mutant who escaped from Professor X’s house just to compete in The Bachelor and low-key incite jealousy in every bitch who’s ever thought about rocking a pixie but whose hair stylist told them it would make them look like a prepubescent boy. No, I expect more from Bekah.

Ah, the predecessor to the infamous pixie. As we’ve mentioned before, if you’re going short for the first time it’s important to start out with a longer cut than you actually want just to make sure you don’t completely ruin your life with one single decision (you know, aside from your Friday night plans). It looks like Bekah followed my sound advice—I knew I liked that girl—because this haircut is the equivalent of pulling over at a sketchy gas station for shitty coffee on the road trip to an actual good haircut. All I can say is, I’m v glad this cut only lasted all of an Instagram post.

hey world, it's me, bekah

I know I just shit on funky colored hair literally three minutes into this post, but I’m actually really digging this millennial pink look and it is making me reconsider all of my life choices. I’ll be sure to tell my German hairstylist, Susi, next time I’m at the salon that one time I saw Bekah M. wearing pink hair and a bob and so now I’m going to wear pink hair and a bob. Again, Bekah looks almost unrecognizable with her latest hairstyle but I like that she let us know with her caption that this is, indeed, Bekah. It’s an important distinction.

Kidding! This is actually an image of a member of an ancient lizard species known as a chameleon and not Bekah M rocking the buzz cut look, though it’s getting increasingly harder to tell with each passing photo. I just wanted to throw this one in there in case you weren’t paying attention. Moving on.

shoot for @valfre today in the cherry bottom tee ✨????

Okay, I retract my earlier statement because this girl is 100 percent a goddamn chameleon. That, or she’s worse than MK and Ashley Olsen at the whole witness protection thing and keeps having to change her look up so she can stay in Australia with all of her Aussie boyfriends. Like, this doesn’t even look like the same human. Seriously. The “Evolution of Bekah M.’s Hair” should have been what I wrote my senior thesis on instead of the influence of manic pixie dream girls on hipster society.

surrounded by white to amplify my tan ????✨

I know if I cut off all my hair I’d look like a British man, but tbh, the pixie is her best look yet. Lucky bitch. It’s chic, it’s different, it does make her look like the offspring of Peter Pan and Tinkerbell, but that strategy seems to be a strong one when competing for Arie’s heart, so you do you boo boo.