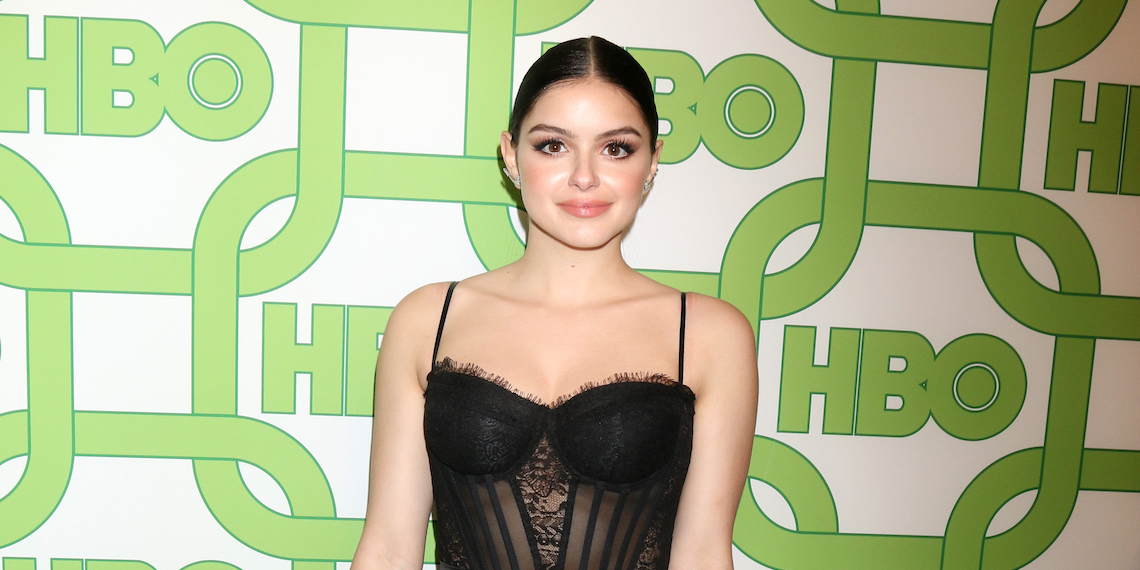 There are obviously a lot of great things about being famous and successful, but being constantly body shamed isn’t one of them. For years, Ariel Winter has been the target of relentless scrutiny based on her body, even when she was still a teenager. Despite the hate she gets, she’s been public about her choice to have a breast reduction, and has always come across confident on social media. Over the last several months, Ariel has lost a lot of weight, but people have recently started to really take notice. This is mainly because, a couple weeks ago, Ariel dyed her hair red, which basically makes her Bella Thorne’s celebrity doppelgänger. These photos have gone pretty viral, leading to increased scrutiny about her body as well. Ugh.

In the same way people used to criticize her curves, suddenly she was being shamed for being “too thin,” and being accused of suffering from an eating disorder. It’s almost like women can’t win, no matter what we do!! Look, Ariel Winter doesn’t owe anyone an explanation for her body, but she responded to the questions about her weight loss anyway in an incredibly thoughtful way.

Last month, Ariel posted a Q&A to her Instagram story, and one of the responses she shared was “Why so thin?”

Her answer is obviously lengthy, so I’ve broken it down below in a way that’s easier to read.

“For years I had been on anti depressants that caused me to gain weight that I couldn’t lose no matter what I did. It was always frustrating for me because I wanted to be able to get fit and feel like the work I was doing was paying off, but it never felt that way. I had accepted it and moved on. I stayed on those medications for so long because the process is really long and difficult. I wasn’t ready to go through it again so I just accepted feeling eh instead of trying to find something to actually feel better.”

What Ariel Winter is describing here is all too common. Certain medications (especially antidepressants) are notorious for making people gain weight, wreaking havoc on your hormones and metabolism. While these medications can be super helpful for what they’re prescribed for, there’s no question that these side effects are, at best, frustrating, and can even cause serious problems for patients. Ariel continued with her story:

“Last year I decided I was sick of feeling eh (had nothing to do with weight), so I started the process again and was able to find a great combination of medication that works for me. The change in medication instantly made me drop all of the weight I couldn’t lose before by just giving me back my metabolism. That was very unexpected. While I feel better mentally with the change, and it’s nice to work out and have your body actually respond, but I want to gain a few pounds of muscle and get healthier.”

I applaud Ariel Winter for being open with her struggle, and acknowledging that she didn’t have the energy to go through finding a new medication right away. Sometimes the side effects are worth it for the positive impacts of a medication, but luckily she was able to find something else that worked better for her. While Ariel Winter has definitely had some drama in the past, it seems like she’s approaching this topic from a positive, level-headed perspective.

In her journey with depression, Ariel Winter is far from alone. A few months ago, Ariel’s Modern Family costar Sarah Hyland also opened up about her experience with depression, saying that she struggled with mental health alongside her battle with kidney dysplasia. She had to undergo 16 surgeries in less than two years, and it took a toll on her mentally. Hyland encouraged those struggling with depression and suicidal thoughts: “It’s not shameful. For anybody that wants to reach out to somebody but doesn’t really know how because they’re too proud or they think that they’ll be looked upon as weak, it’s not a shameful thing to say.”

I can’t believe it. My baby sister is 21 today!!!! I remember meeting @arielwinter a month after she had turned 11. She loved wearing black and saying outlandish things. 10 years later…not much has changed ? it’s been an honor to watch you grow in to the woman you are today!!!! Very very lucky to have you in my life. Love you @arielwinter!!! And happy frikkin birthdayyyy!!!!! ? ? ?

Of course, Ariel did have one last wish through all of these medication struggles:

“Also want my butt back…”