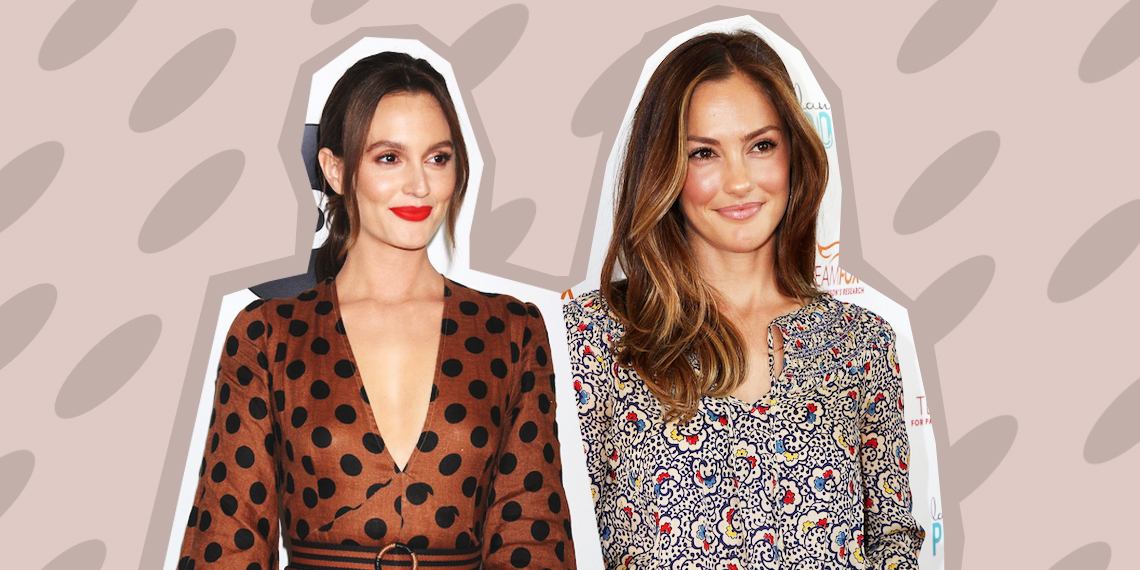 8 Celebrity Lookalikes You Haven’t Noticed Before

A doppelgänger is defined as someone who looks like someone else, but is not related to them, and I am genuinely convinced that everyone has a doppelgänger somewhere in the world. For me, that happens to be my younger sister. I know, I know. “Not related to them” is a crucial aspect of the definition. But we are like, identical twins with a four-year age gap…it’s spooky. Like, when we do the face swap on Snapchat, you literally can’t tell the difference. But while we look the same because we are related, there are tons of celebrities who look freakishly similar, even though they have no relation to each other. Think Katy Perry and Zooey Deschanel (or this random dude who got punched because he looked like Shia LaBeouf). They look freakishly alike, but come from different backgrounds, do different things, and are different people. Here are some of my personal favorite celebrity doppelgängers; try not to be weirded out.

These two get mistaken v frequently. Like when Lady Gaga thanked Fisher for her performance in American Hustle at a Vanity Fair party, or a woman in Ikea asked her to sing a song from Enchanted. This confusion scored her a PSA on Jimmy Kimmel and tbh, I still get confused. These two even played alternate versions of the same character in Nocturnal Animals, and I’m still creeped out from seeing it like, three years ago.

To me, these two actresses look super similar, and Hollywood seems to think so too. When Knightley was 12, she played Portman’s double in Star Wars, so that’s probably when the confusion started. Knightley was once chased through an airport after being mistaken for Portman. Besides the height difference (Knightley is about two inches taller), this duo is one of the most similar-looking celebrity pairs.

This one cracks me up, and is honestly a little creepy. Although Reddit seems to believe they are just two old white men, I think their resemblance is a little more than that. While Colbert hosts The Late Show with Stephen Colbert, Saget is our fav TV dad, Danny Tanner, on Full House. But if Colbert is ever too sick to go to work, I’m sure Bob Saget could step in, and would just need a slightly different pair of glasses.

To be honest, when I first watched The Vampire Diaries, I genuinely thought, “Hey, it’s that girl from Victorious.” Whoops. Honestly, they should have used Victoria Justice as Katherine Pierce in The Vampire Diaries instead of Dobrev. But in all seriousness, these two celebs are probs the closest-looking doppelgängers on this list. It’s crazy. They have the same skin tone, hair color, and eerily similar facial features. I can’t look at these photos for too long, because I’m going to lose my mind.

The Gossip Girl and Friday Night Lights stars are extremely similar-looking. What makes these celebrity doppelgängers even harder to tell apart? They were in a movie together (The Roommate), which definitely forced the audience to ask if it was one actress playing both roles or not.

These two pretty blonde dudes look v similar. Butler starred in Switched at Birth, while Overstreet was a regular on Glee. Other than their looks, the only thing these guys have in common is that Austin Butler’s girlfriend Vanessa Hudgens (they’re still together, despite our predictions) starred in High School Musical, while Overstreet was on a TV show about high school musicals. I feel like there’s a conspiracy theory somewhere in there.

Other than their hair colors, these two definitely could be celebrity doppelgängers, don’t @ me! I know this is a more controversial pick. Their facial features are pretty much where their similarities end, though, as they really couldn’t be more different. J-Law is definitely too awkward to be a runway model, and I really can’t imagine what Bella Hadid would be like as an actress.

Jeffrey Dean Morgan (aka Denny Duquette, RIP) and Javier Bardem are like the American and Spanish version of each other. Besides their looks, they are both actors who are married to stunning ladies. Morgan has been married to Hilarie Burton (yes, Peyton Sawyer from One Tree Hill) since 2014, and Bardem has been married to Penélope Cruz since 2010.

There are a ton more celebrity doppelgängers not on this list. Lmk which ones are your favorite in the comments, and tell me if any of these ones are lame, and I just need to get my eyes checked.