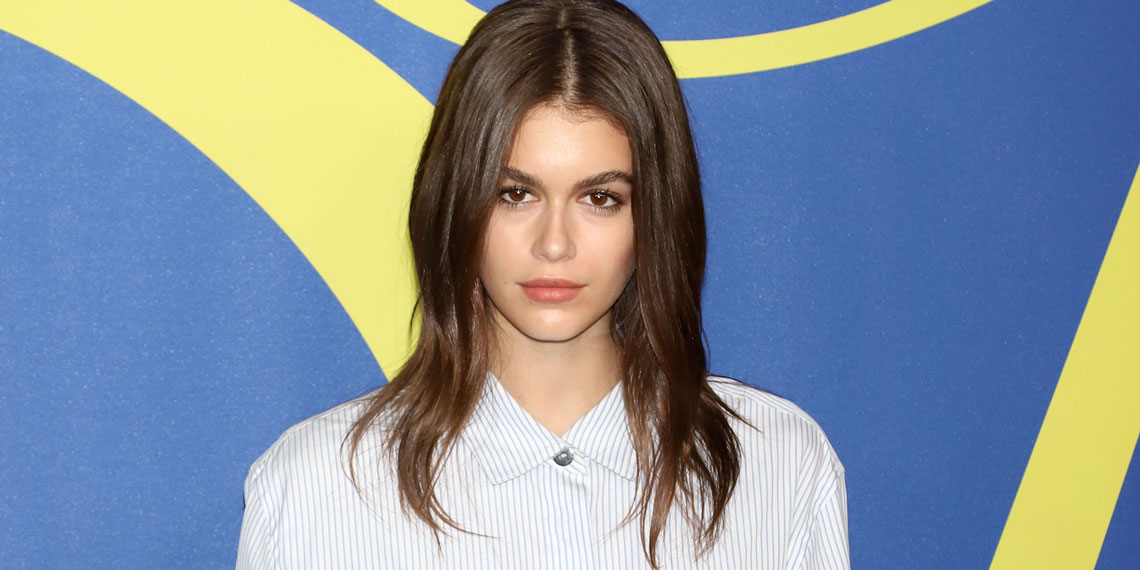 A Deep Dive Into The New Generation Of Celebrity Kid Influencers

As a society, we are obsessed with celebrities. I personally spend approximately 75% of my working day on celebrity gossip blogs (don’t tell my boss, k thanks!). I look at their outfits, make fun of their mugshots, and wonder how they got their abs to look like that. Seriously though, is that baby oil they use? But now, a lot of the classic A-list celebrities are getting old. Not even the uber-rich can escape that cruel beast known as Father Time. I mean, have you looked at Johnny Depp lately? Maybe spend less time dressing like a pirate and more time using moisturizer, honey!

Luckily for us, these relics of yesteryear found equally beautiful partners to procreate with, and the result is a master race of celebrity children, who have collectively decided it’s time to become famous. Since you already know Olivia Jade, I’m going to leave her off the list, but these are the cool kids she’d hang out with at school if she, you know, ever went to school. So let me introduce you to the genetically-blessed celebrity kid influencers that you really ought to know, the ones that shine so bright they’re destined to become “self-made” billionaires.

Parents: The most iconic model of all time, Cindy Crawford, and that guy who owns a tequila company, Rande Gerber
Age: 17
Insta followers: 4.2 million
Known For: Making her runway debut at age 16

Even if Kaia Gerber wasn’t created in a lab and genetically engineered to have the exact same DNA as her mother, she would have been #blessed. Kaia grew up in Malibu with mom Cindy and dad Rande, who just so happens to be George Clooney’s best friend and co-owner of the tequila brand Casamigos. A life of never-ending sunburn with unlimited margs? Sign. Me. Up.

Four days after Kaia turned 16, she walked her first runway for Calvin Klein and hasn’t looked back. In 2018 she won the totally legit sounding “Model of the Year” award and is the face of Marc Jacobs’ Daisy fragrance. Cool. When I was 16, I was still reading Baby-Sitters Club books and pretending not to, but sure, jet-setting all over Europe and posing for British Vogue sounds cool too. If you don’t know Kaia’s name already, you will soon. Her family is insanely connected, and every designer with eyes wants to work with her because she’s like, really pretty.

i just don’t see the resemblance

Lily-Rose Depp is the human embodiment of the cool-girl trope. I’m afraid of her just from looking at her Instagram. She smokes! She wears thin tank tops! She’s French! She invented the resting bitch face! Oh, she’s on her way here? Excuse me while I go hide in the bathroom.

Lily-Rose’s parents may have saddled her with a repetitive double flower first name but that’s the only uncool thing about her. Lily-Rose has been a Chanel ambassador since she was 15, handpicked by the kaiser himself, Karl Lagerfeld (RIP). She’s also appeared in multiple Kevin Smith movies alongside his daughter, Harley Quinn Smith.

And of course, the cool girl snagged the hottest guy in school, the Oscar-nominated, Louis Vuitton harness-wearing angel baby we all know as Timothée Chalamet. Can we get a Cruel Intentions remake starring these two please? Because that would be hot af, and I bet Lily-Rose already has the cross necklace covered *wink*.

My beautiful mommy and me for @ourcityofangels by @davidmushegain ?all magazine proceeds go to @plannedparenthood ???#istandwithpp

Parents: Ahhhhhnold and Maria Shriver, member of the Kennedy family
Age: 25
Insta followers: 1.2 million
Known For: His heartbreaking performance in Midnight Sun, a tragic romance about a girl allergic to the sun. I’ll let you use your imagination to determine if it was good or not.

Patrick Schwarzenegger is the descendent of American royalty (his mom is niece to JFK, Bobby, and Ted Kennedy), and an Austrian bodybuilder who is known for quotes like “It’s not a tumor!, ” and “I’ll be back!” There was no way this celebrity kid wasn’t going to be famous. He looks like his movie star dad (although not as much as the kid his dad had with the housekeeper), and has the charisma of his mom, who is a TV journalist.

Patty has three movies coming up in the next year or so, and his sister is marrying Chris Pratt in the fall. So get ready for him to be all up in your face. And if you don’t know him as the guy who cranks out movies that should have gone directly to video, perhaps you’ll remember him as the man who briefly filled the Liam-shaped hole in Miley Cyrus’s heart. That is, until, Liam was cool with her grinding on foam fingers and she dropped Patrick like hot garbage.

Prost. Oktoberfest mit meinem Vater. Seriously one of the best experiences I’ve ever had. ???

A post shared by Patrick Schwarzenegger (@patrickschwarzenegger) on Sep 25, 2018 at 9:05am PDT

Parents: Gemini vegetarian Reese Witherspoon, and the best on-screen villain in the entire teen-movie genre, Ryan Phillippe
Age: 19
Insta followers: 715,000
Known For: being a “normal” teen whose parents just happen to be famous

Ava is our least try-hard celebrity kid. Yes, she did pose looking like an ethereal beauty for Rodarte’s Fall 2018 collection, and yes, she did design a shirt for her mom’s clothing line, Draper James, and yes, people like Mindy Kaling comment on her Instagram all the time, but she’s normal, guys! And I’m totally not jealous of her at all! I’m pretty sure she goes to college right now (what, like it’s hard?), and is basically just living her life as the epitome of the all-American girl, while occasionally sprinkling in some jobs. I think we have a few years before Ava truly becomes an A-list celeb in her own right (perhaps she can play Annette in our Lily-Rose/Timothée Cruel Intentions remake?), but that’s good because it gives me some time to skin her and wear her as a suit.

Happy happy birthday to my glowingly gorgeous mama. You are such a generous, conscientious, and passionately kind person, and I am so blessed to bear witness to your light and love each and every day! ?? love you.

And those are the celebrity kids that should be on your radar! They’re all fine, but if we’re being real, what I’m truly waiting for is the day Suri Cruise, Shiloh Jolie-Pitt, and Hazel Moder (daughter of Julia Roberts) become famous and bump all these losers to the Z-list.