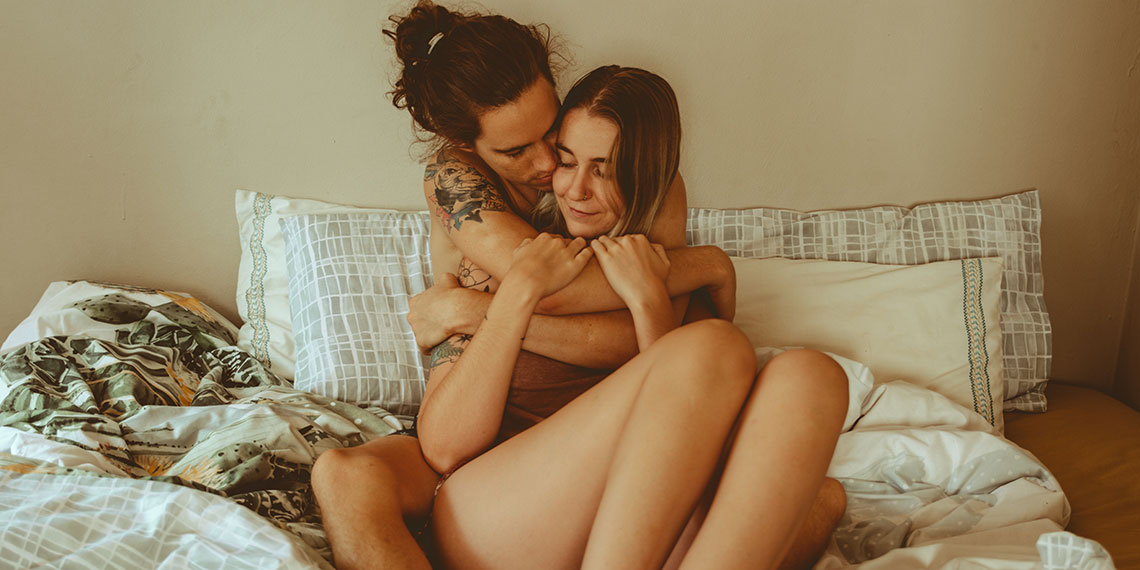 7 Myths About Sex Drives That Are 100% Wrong

If you read a lot of sex related content on the internet (which, hi, you should), then you’ve probably noticed that libidos have been a hot topic during this pandemic. Why? Because everyone’s sex drives have been on a wild roller coaster for the last few months and they have questions about it (patience—answers below). It turns out that libidos are way more complex than we thought, but the good news is there’s no better time to clear up harmful misconceptions surrounding them than right TF now. So let’s smash some myths and reduce some stigma about sex drives with a little help from a few sex educators.

1. It’s Personal If Your Partner Doesn’t Want To Have Sex

It’s hard not to feel unwanted when your partner doesn’t want to bang you. Trust me. I’m guilty of unconsciously falling for this one, and the assumption has blessed me with a fair (read: unfair) share of stress and anxiety in my romantic relationships. But it turns out that sometimes our partners just aren’t in the mood, and it’s really NBD. “I mean, it could be personal if your partner isn’t into having sex with you, but there are a lot of other reasons, and it’s best to communicate before taking that rejection personally,” says Tara Struyk, cofounder of sexuality publication Kinkly and sex toy store Kinkly Shop. She notes that disinterest in sex can pop up as a result of stress, depression, taking medication, health problems, or just an urge for some time away from having sex. In other words, it’s (probably) not personal.

“When you make that about you, it makes people feel really bad about themselves and puts extra stress and pressure around your sex life, which is unlikely to make it better,” adds Struyk. So cut it out. If your partner isn’t into sex with you right now, she recommends asking them what’s up and how you can help. A little help can go a long way sometimes (if you know what I mean).

2. Your Libido Stays The Same Forever

Wrong. “We often treat ‘sex drive’ as though it’s something we should all experience at a sustained level over the course of our lifetime, but the reality is that sexual desire (I prefer this term) varies from person to person and fluctuates significantly over time,” says Jess O’Reilly, resident sexologist at personal lubricant brand ASTROGLIDE. Your libido actually changes on a daily basis and is constantly affected by approximately 2,927,593 things. Some of those factors include hormones, meds, what you’ve been eating and drinking, how stressed you are, how much sleep you’ve been getting… basically every possible factor. Cool.

Anyway, like we were saying before, if you’ve felt like your sex drive has ~come~ and gone in waves during these hard times of riots, injustices, and health crises, you’re not alone. It’ll come back when we’re all less stressed (hopefully sooner than later).

“This myth is damaging for so many reasons, as we generally associate the physical symptoms of arousal with the emotional and mental desire to have sex,” explains Caitlin V., M.P.H., clinical sexologist for vegan-friendly condom and lubricant company Royal. “In truth, can experience arousal non-concordance, which means that their subjective experience of arousal doesn’t match their body’s physical expression of arousal.” So basically, this means your body and brain are doing two separate things, so you can be dry as a desert but horny AF or super wet and barely turned on. “This is especially true for women, who may experience high levels of pleasure and arousal while not experiencing vaginal lubrication and associated wetness,” she adds.

The solution? Handy dandy (water-based) lube! It’ll help reduce friction, improve sensation, and maybe even inspire an orgasm or two. Oh, and an important reminder from V.: “Whatever you do, please never shame your partner or yourself for not showing the signs of arousal. Not getting wet or not being hard is a huge source of shame for many people, all perpetuated by this harmful myth.”

First off, I hate that this is a thing people believe, but alas, here we are. “The idea that women aren’t interested in sex is a pervasive one, and it totally isn’t true,” says Struyk. “There are definitely individual differences in sex drives, but these don’t fall along gendered lines as much as people think they do. The only difference is that women may be shamed for their appetites, while the same level of interest is considered normal and healthy for men.” Love a good double standard (and by love I obviously mean hate). Struyk shares her opinion so perfectly that I’m gonna let her speak for me on this one: “Screw that! If you’re into sex, go ahead and own it!” Preach! The sexual revolution is now, my friends.

“Many people think of alcohol as a great way to loosen up if they’re feeling nervous before a sexual encounter, but it can actually produce an opposite effect. Alcohol dehydrates and can inhibit the natural process of lubrication,” says Dominnique Karetsos, sexual wellness advisor for MysteryVibe. Shout out to those of you reflecting on nights spent pregaming for hookups right now after reading that. It’s fine. Let it sink in.

Moving forward, skip the shots and try better (healthier! safer!) ways to help you feel more comfortable and confident in the bedroom. According to Karetsos, some of these include communicating with your partner before and during sex, doing research, and experimenting with your preferences. She also reminds that “it’s so important that any sexual activity is done with consent and authentic intention. If you’re feeling the need to ‘loosen up,’ think about why that is.” Hint: Probably because it’s a poor decision.

7. Low Sex Drive Is Always A Problem Or Dysfunction

If you’ve learned anything from this article by now, I hope it’s that “normal” sex drives come in all shapes and sizes. “Some people simply don’t want to have sex,” says O’Reilly. “While some identify as asexual, others experience sexual attraction but simply don’t enjoy sex.” You get the point. “When you have a partner who wants sex more often than you do, they may be inclined to label your lower desire levels as problematic, but it’s not your job to increase your desire to meet your partner’s needs,” she reminds. “Compatibility is cultivated by finding common ground—not through pathologizing the range of human experience and desire.”

Now go spread the word by sharing this article with someone. The people need to know the truth.