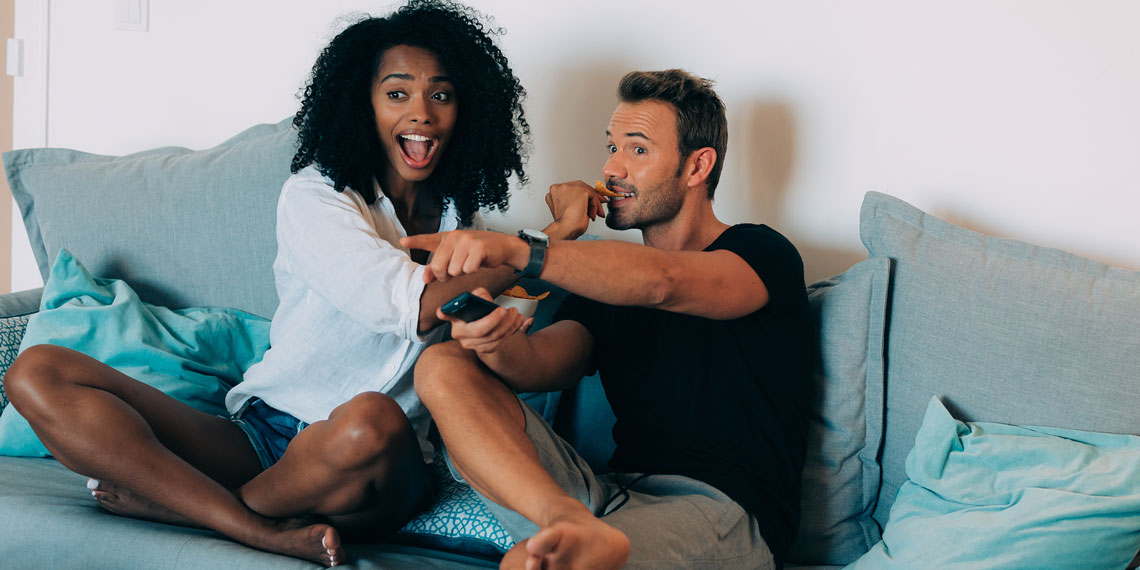 6 TV Shows To Binge Watch With Your Significant Other

“Netflix and Chill” has become such a popular concept for a reason. But to be honest with you all, my boyfriend and I don’t typically watch TV shows together. Of course, this is mostly because we always get distracted during them (if you know what I mean) and then have to make time to rewatch the episode later. But having shows to binge watch with your SO sounds like a nice thought. So for those of you out of the honeymoon phase (or who aren’t horn-dogs), here is a list of the best TV shows to binge watch with your SO. For those of you in long distance relationships, use Netflix Party, a chrome extension that allows you to watch these shows from wherever TF you two are.

Okay, so I have no interest in watching this show, with bae or without, because I’m a wimp and can’t handle scary things. But for those of you who have the balls to watch this, good for you. I hear it’s bomb (but I still won’t watch it). A friend of mine said that he really likes the show but would only watch it when his boyfriend was over.

This show is my go-to. When I’m sad? Friends. When I’m happy? Friends. When I get home drunk from the bar? Friends. It’s also one of the best shows to have playing in the background when you’re banging. A bunch of my friends agree too, saying, “when I can put something on other than sports, Friends is my go-to.” The only problem is if you’re like me and can pretty much quote every episode, you start reciting lines. Much to my boyfriend’s annoyance, when Friends is on in the background, I whisper romantic things like “Could I BE any more turned on?” into his ear. Mood killer? Maybe. But a good laugh for me.

One of my friends got her boyfriend into Gossip Girl because of her obsession with the TV show. It may not seem like the “classic man’s show” (don’t even get me started with heteronormative gender roles) but it will hook anyone who watches it. According to IMDB, 25% of the people who rated the show were men. Women rated the show at a 7.8 point out of 10, whereas men rated the show a 6.7. So if anyone in the comments wants to argue that this isn’t a show for men, fight me.

Apparently, all guys watch it with their girlfriends but won’t admit it to their friends. Granted, this is based on one of my friend’s opinions, but I’ll take it as fact. If you need your SO to get in touch with his emotional side, fire this show up.

If you started watching this show before you and your boyfriend started dating, then it’s an easy one to watch together (and then talk about our recaps the next day). TBH this could go for any TV show but Riverdale is one of the best TV shows to binge watch with your significant other. Why? Because you know the storyline and characters from your childhood but take a murder mystery approach to it. V interesting, trust me.