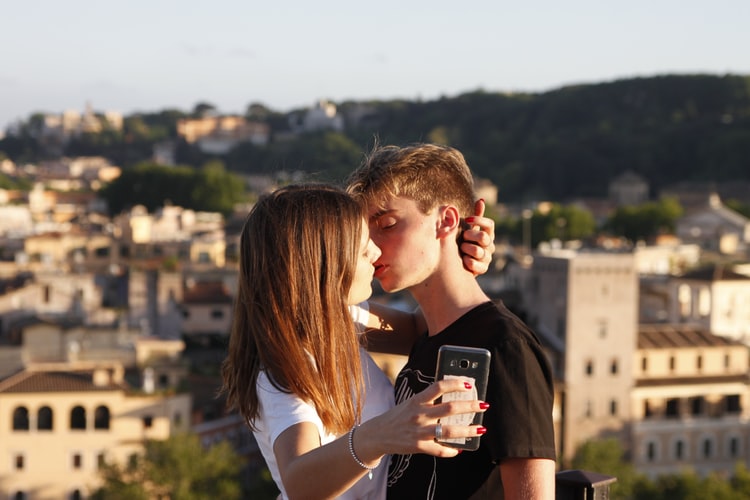 Here’s to annoying couples: may we know them, may we judge them, may we actively avoid them. Unfortunately, the latter is nearly impossible in our culture of oversharing. The good news is that the most flagrant offenders probably won’t be blowing up your feed for too much longer. Read on for the telltale posts that indicate there is trouble in paradise.

I feel the need to start this section with a brief etymology lesson. The word “anniversary” comes from the Latin adjective anniversarius, which means “returning yearly,” as well as the Latin noun annus, which means “year.” So it always baffles me when I see couples commemorating their “3 month anniversary!!!” on social media. While it’s severely premature cute that you’re celebrating your relationship’s survival over the course of a fiscal quarter, it makes absolutely no sense. What’s more, it reeks of insecurity. How dicey are things that you feel the need to prove the legitimacy of your relationship with a fake anniversary?

These eyesores come in many forms, the most common being a weekly #WCW or #MCM post. Don’t get me wrong. I love love and think it should be celebrated, but it feels more authentic when it happens organically in the context of an actual milestone, like a birthday or a (real!) anniversary. We should appreciate our partners, but must this appreciation be constantly performed on a public forum on a weekly basis? These posts are where the cracks (say crack again) really begin to show in a relationship. They come across as reactionary, like the poster is trying to make up for something he or she did wrong, leaving the sentiment reading more like a coded mea culpa instead of the undying declaration of love it claims to be. Why should Chad send flowers to his girlfriend after she catches him texting bitches when he can overcompensate by firing off a #WCW thirst trap on the ‘gram and call it a day?

I will confess that I am guilty of posting way more than I normally do when I am on vacation. But I do try to space out these posts and be cognizant of the fact that while I’m posting basic shots of my third pasta lunch in a row, my followers are toiling away at their work desks, secretly hoping that my Aperol Spritz goes down the wrong pipe. Couples on the brink of a breakup, however, don’t seem to have this sort of self-awareness. Instead, they assault your feed with daily posts and endless selfies from their romantic seaside dinner in Santorini (btw, it’s kinda hard to see the scenery in your selfies, Susan) to make up for the fact that they spent the majority of said dinner arguing about when Matt is finally going to propose. The frequency of these posts is the big tell: the more they are posting, the more they are trying to convince their followers and themselves that EVERYTHING IS FINE! The reality, though, looks something more like this:

Beware of the PDA pictures, my friends, for these are the death knell for many a relationship. Kissing pictures are generally tough. I’m willing to overlook them, say, on one’s wedding day, but anything else feels voyeuristic and leaves me with a lot of questions, the most important being: Who TF is taking these pictures?! The more performative the pose (looking at you, dips), the less likely the couple is to stay together. Case in point: I watched an acquaintance post a monthly kissing pic with her boyfriend for several months, only for this gentleman to disappear from her feed just three months later.

Call the coroner and prepare the morgue, because this relationship is deceased. There is no clearer sign that a relationship is on the outs than when one party begins posting inspirational quotes, especially when those quotes are passive-aggressive digs at the other person. My personal favorite is, “Never Let Anyone Be Your Priority If You Are Only Their Option.” In other words, Chad graduated from texting bitches to actually f*cking at least one of those bitches and YA GIRL IS PISSED.

Actual footage of me reading these kinds of posts:

As sure as the Kardashian-Jenners will find a way to remain relevant, annoying couples will continue to torture us with their undying proclamations of love on social media. I only ask that these couples be consistent in their oversharing. If they’re going to be this extra when things are going up in flames well, then the least they can do is spill the tea on the circumstances surrounding the breakup. Don’t leave us hanging, it’s rude. In these dark times, a fire selfie with the full breakdown of how Angela caught Todd in bed with her barre instructor is the kind of post the people need.