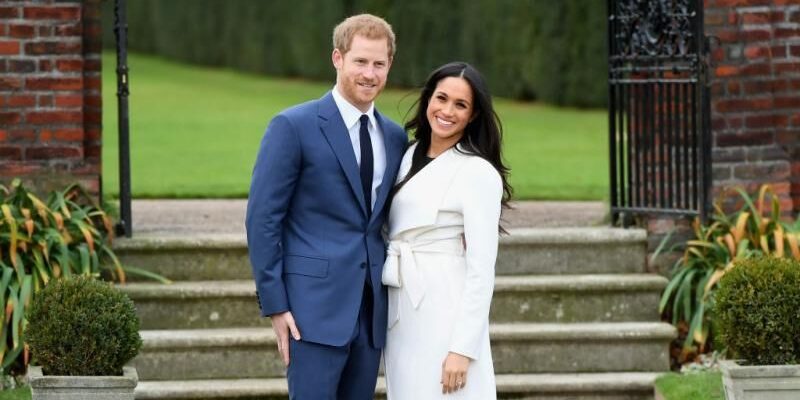 Looks like Duchess Meghan Markle’s dad, Thomas, is back to his old tricks of making his daughter’s newfound royalty all about him. Since he was unfortunately unable to attend his daughter’s wedding and perhaps the most important wedding of this year (besides Ariana Grande and Pete Davidson of course), he had to come back to stir up some trouble. Here’s all the unsettling things he recently said in an interview on Piers Morgan’s talk show.

1) Prince Harry is “an Interesting Guy”

This might seem harmless, but Mr. Markle mentions with an averted gaze that the man he gave permission to marry his daughter is “interesting,” which is how I describe my worst ex when I run into his friends at the 24-hour deli.

2) Prince Harry Told Him to “Give Trump a Chance”

Mr. Markle told Morgan that he discussed Trump with Prince Harry which is first of all, pretty strange. It seems unlikely that Prince Harry would disclose his personal opinions on American politics to even his wife’s father in a casual phone conversation, but maybe he was feeling adventurous? When Morgan pried further on the Trump issue, Mr. Markle added that he hopes that Prince Harry is no longer a Trump supporter, but he may have been at the time they spoke.

3) Prince Harry is Open to Brexit

Mr. Markle said that Prince Harry described Brexit as something that “we had to try” and that he thinks his son-in-law is “open to the experiment.” This could be true, but even if Prince Harry is the most hardcore Brexit and Trump fan, sporting a red cap that says “Make Britain Great Again,” the British Royal family is incredibly careful to never disclose their personal opinions on internal affairs.

Prince Harry spoke to Thomas Markle about #Brexit. His father-in-law tells @GMB Harry thinks Brexit is ‘an experiment’ that ‘we have to try’.
All a little too close to the political debate for the Royal Family … pic.twitter.com/hyLDyGjaYd

All of this politics talk is a BFD for a member of the Royal Family, because they’re supposed to stay away from politics in general and focus on more important things, like corgis and hats.

Of course no father wants his daughter to become a victim of domestic violence, but if she’s marrying into a very public royal family, it would seem like there would be other concerns. Mr. Markle said that he gave Meghan’s hand to Prince Harry over the phone and that he told him to promise “he’ll never raise your hand against my daughter and of course I give you my permission.” So as long as a man doesn’t hit, anything goes! Is this 1910?

In brighter news, he says Meghan wants kids, so look out for that:

5) He Thinks of Himself at a Footnote in History

For a man that got caught selling photos to paparazzi, it’s no surprise he enjoys the spotlight. When discussing his sadness for not being able to attend his daughter’s wedding due to a heart condition, he said “the unfortunate thing now is that I’m a footnote in one of the greatest moments in history instead of a dad walking his daughter down the aisle.” This is sad, and we do genuinely feel for you, Mr. Markle. However, this isn’t about you.