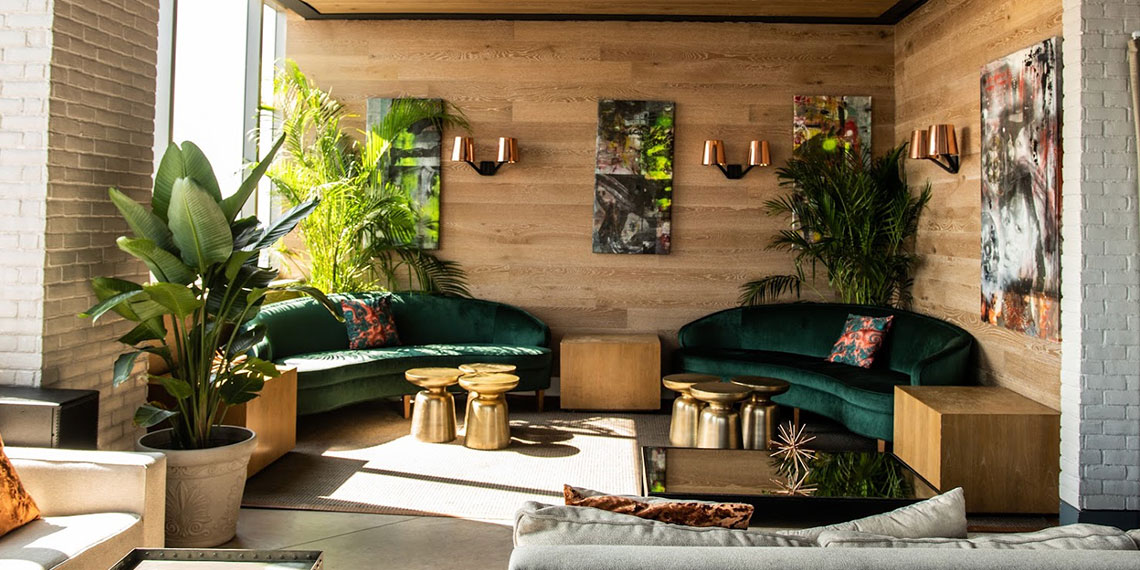 5 Indoor Rooftop Bars You Need To Try This Winter

When most people say they’re outdoorsy, they mean that they enjoy going on hikes. When I say I’m outdoorsy, I mean that I like drinking on rooftops. Maybe that’s why I don’t get many Hinge messages? Oops. Participating in my favorite pastime is obviously easiest in the summer where I can knock back rosé outside and tan, but doing it in the winter is obviously more difficult. Thank god for indoor rooftop bars, where you can get all the same NYC views without freezing to death. Here are some of our favorite indoor rooftop bars to hit when it’s f*cking cold outside.

Gerber Group’s The Crown is located on the roof of one of the few gems Chinatown has to offer, Hotel 50 Bowery, and it’s one of the only places in the city where you can get unobstructed views of both the Manhattan and Brooklyn skylines. That means double the Instagrams that you can queue up to post later on—what more could you ask for? Inside, there are plush couches (and a neon sign, because who doesn’t love a good neon sign?) and floor-to-ceiling windows so you can still capture your candids. The menu changes seasonally, but when I went over the summer, their fruity drinks and lobster roll were really f*cking good.

Coming up here this week?

Fun fact: Hotel Chantelle, the Lower East Side classic, is not, in fact, a hotel! Makes sense. Like my Bat Mitzvah, the rooftop is Paris-themed, but unlike the social event of 2007, Hotel Chantelle doesn’t look like a 13-year-old-girl’s wet dream. But unless you’re going there specifically for French feels, the decor doesn’t really matter. It just looks like a cute, small rooftop bar, which is more than fine by me.

If you and your work “friends” are into happy hour, Hotel Chantelle is definitely the move because there’s rarely a line before 1am and the deals are legit. For instance, $8 for a cocktail and $42 for a pitcher. There are also $8 food specials like chicken meatballs and white truffle flatbread. (Also, fun fact, they also have a good brunch with even better drink deals.)

Shop with a cocktail in hand! Join us for a fall preview with @acurrentaffair today from 11-5 and shop incredible vintage! 🍹✨🍹#nyfw #shakervibes

Broken Shaker is my favorite bar in New York. I know no one goes to a bar for the interior design, but this place has noticeably cool interior design. It was giving me Tahiti vibes in the best way possible, and the drinks were amazing. I actually went here on my birthday, and because we were so sweet to the other bar-goers, we managed to snag a cocktail table with two wicker peacock chairs and drink all damn night. The views were sick, the drinks were delicious, and the bartenders were really hot. What else could you want in a bar?

We love both views; when the city lights illuminate the dark sky and river at night 🌃, and when the Sun ☀️ shows us in the light how beautiful city we live in. The Water Tower is open from 2 pm on weekends. • • • • #thewatertower #williamsburg #hotspot #hotelrooftop #thewilliamsburghotel #cocktailbar #nycnightlife #nycnights #brooklyn #rooftopbar #nycviews #newyorklike

Williamsburg is usually not on my list of places I want to go, because hipsters with micro-tattoos and ironic top hats aren’t really my cup of tea, but The Williamsburg Hotel is my exception. It’s hands down the coolest hotel I’ve ever been to, and I will gladly stay here when I make more money and can afford it. The Water Tower is, you guessed it, on the roof and it definitely fits with the funky aesthetic of the hotel. Even though most rooftops have pretty decent views, The Water Tower’s view is truly unreal because you’re looking across the East River at all of the Manhattan apartments you can’t afford. I’ll drink to that.

Also, unlike other misleading names, The Water Tower is kind of a water tower. No, it never held water, but it’s a giant glass structure shaped like one. So the views are too legit to quit because they’re panoramic. It’s kind of mesmerizing being in there because it feels like you’re in a bubble floating above the street.

JIMMY at The James

a girl's night out is better 18 floors above soho.

Unlike a lot of rooftop bars, this place looks like it was designed for the winter. By that, I mean it’s really cozy and decorated kind of like a super chic ski chalet. I’m definitely into that and will probably be holed up there all weekend. No, you can’t go in the pool this time of year, but that’s why they designed the inside to make it so appealing. And the drinks all have cute/weird names like Grapes of Wrath, Catch Your Pikachu, and Legal in Vermont. I don’t know what those last two drink names mean, but whatever. The drinks are tasty and the atmosphere is really cozy, so if you don’t feel like drinking a cocktail with a lame name at your apartment, go here.