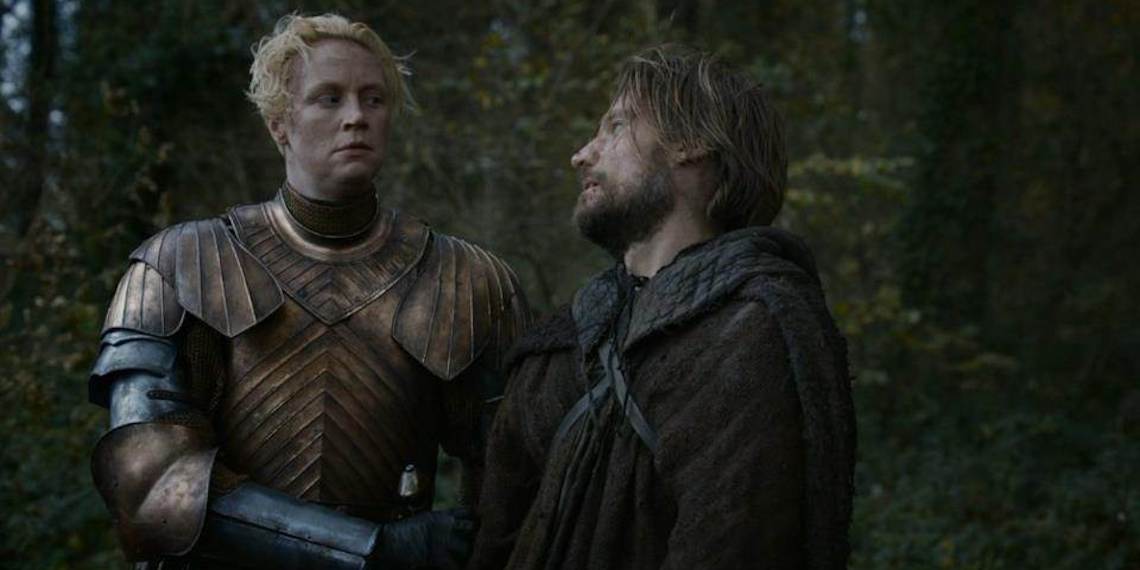 5 ‘Game Of Thrones’ Couples We Ship

It’s no secret that the relationships in Game of Thrones are…messy. You thought dating in New York was rough? Welcome to the Seven Kingdoms, where you might accidentally fall in love with your aunt and be none the wiser. Yikes. Awkward that we all spent seasons shipping a nephew and his aunt. If only the Lords and Ladies of Westeros had a dating app like Ship, maybe they’d spend more time hooking up with their local (not blood related) hotties rather than plotting the death of everyone around them. Or like, maybe that could stop all the incest. Maybe???

But since Ship doesn’t exist in the Westeros, we’ve gone ahead and decided what the ideal Game of Thrones pairs would be for them. All of the following matches ignore current relationships on the show and operate in a blissful world where no one has died and the Battle of Winterfell didn’t devastate us beyond repair. I’m not ready to talk about it.

Admittedly, this started as an aesthetic pairing more than anything else. Robb and Margaery would have been the hottest couple in Westeros, full stop. But the more I think about it, the better this couple becomes. Maybe Robb’s dumb ass would have stayed alive if he had had someone as cunning and manipulative as Margaery by his side. The might of the Starks and the scheming of the Tyrell’s working together against the Lannisters? Cersei is shaking. Sure, Margaery would have frozen to death at Winterfell in those Nasty Gal cutout dresses of hers, but love comes with sacrifice.

Okay, hear me out. Yes, these two despise each other. Yes, there’s a lot of baggage there. Yes, Cersei indirectly murdered Oberyn and much of his family, but to be fair she’s indirectly murdered a lot of people. I think all of that could be overcome, based solely on the blatant sexual tension that existed between these two on screen. Perhaps this could have something to do with the rumors that Lena Heady and Pedro Pascal are an item in real life, but I think it goes even beyond that. They’d be the couple that fights constantly just so they can have over the top make up sex, and I, for one, would be okay with that.

I’ve said it before and I’ll say it again: my true dream for Sansa is that she survives all the sh*t that’s about to happen and goes on to live a long, fulfilling, single life with zero men and one hundred wolves by her side. Just the Lady of Winterfell, existing in total peace, surrounded by her pack of loyal dogs. However, if I had to pair her with anyone, it would be Sex God Podrick Payne. After years of relentless mental and physical abuse, our girl Sansa has earned a lifetime of good dick and being sung to sleep, two areas that we know Podrick can deliver in.

The lesbian power couple that Westeros needs. Remember the raging sexual tension? The cavalier marriage proposal? The smirks? This one writes itself. I give Daenerys one more week of Jon’s brooding before she flies off to the Iron Islands to live a zombie-free life with her girlfriend.

Jaime & Literally Anyone Who Isn’t His Sister

Obviously Brienne is my first choice here, but I’m not going to be picky. Let’s do some quick math and breakdown just how many people Jaime could be sleeping with that aren’t his sister. According to a series of fan blogs and what appears to be an insane amount of research into populations and migration habits and world building, it is estimated that there are around 40 million people in Westeros.  Even if there are 1 million distantly related Lannisters (there aren’t), that leaves 39 million people for Jaime to be in a relationship with. If we continue to operate under the assumption that Jaime is straight, as he’s never given us any indication otherwise, and cut that number in half, we’re down to 19.5 million. Now let’s assume that only a third of those women are viable contenders age-wise for Jaime, which brings us to about 6.5 million. Maybe only 1% of those 6.5 million are in a high enough class to land the great Ser Jaime Lannister. I get it, he’s not going to end up with a commoner. That still leaves him 65,000 options.

I ship Jaime with literally any of them over his twin sister. Unfortunately, all we can do IRL is watch Game of Thrones and hope we make it out with at least one successful relationship. But if you’re a person who would rather take a more active role in the love lives of those around you, download Ship, where you can find matches for your friends and family, and get to shipping in a nonfictional and productive way.