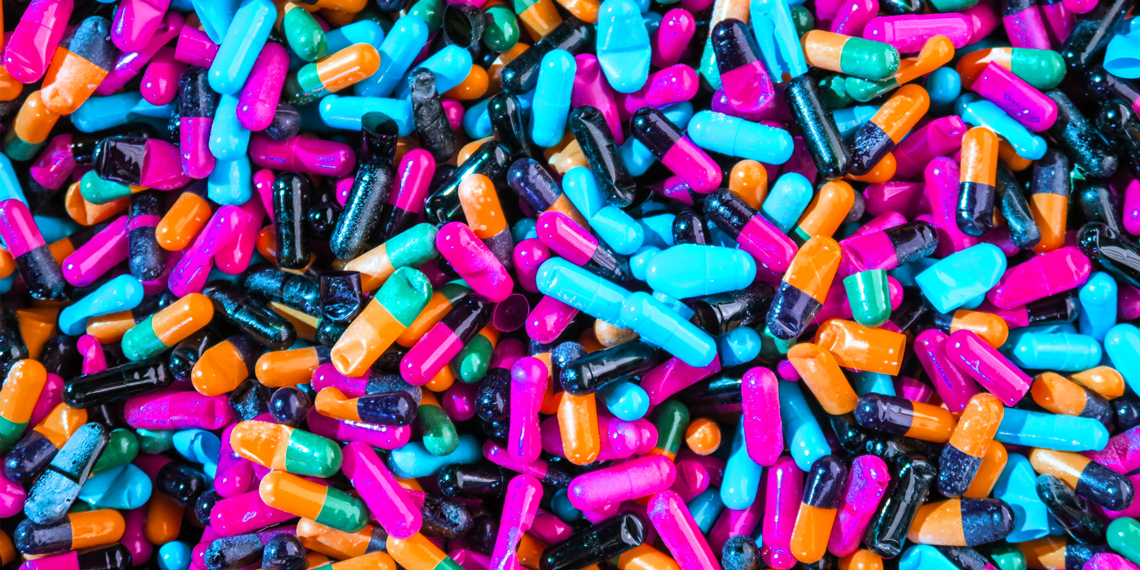 5 BS Diet Pills You Shouldn’t Waste Your Money On

It can be super tempting to head to your local Walgreens/CVS/witch doctor and grab a bottle of pills promising SUPER XXTREME WEIGHT LOSS or CRAZY ENERGY or YOU’LL LOOK LIKE KATE MOSS IN 1997. No one LIKES to get sweaty and gross at the gym, say no to that double chocolate chip cookie, or skip on the extra parmesan grated oh so nicely over your lasagna, so making a pill do the work seems like the most American way to lose those extra three pounds.

However, because of lots of loopholes in our system, almost any asshole can produce a bottle of pills, claim it does magical things, and use very little (if any) data to back it up. Yes, there are some supplements that “show in studies” that participants experienced some very modest weight loss, but the many of these pills have studies that a) are sponsored and, therefore, not v legit or b) gave rats and animals such high fucking doses of said pills that the caffeine and other shit naturally made them sweat off five pounds or whatever the rat equivalent is.

Here are some of the most bullsh*t diet pills that don’t work. Grab an iced green tea and take a walk instead, because that will do more for you than these pills.

According to LiveScience, “Reliable research on the use of raspberry ketone for any health condition in humans is currently lacking. Further high-quality research is needed.” This is not just my opinion, BTW—so says Catherine Ulbricht, senior pharmacist at Massachusetts General Hospital in Boston and co-founder of Natural Standard Research Collaboration, which reviews evidence on herbs and supplements. More importantly, literally none of the studies done to show weight loss from raspberry ketones WERE DONE IN HUMANS. So, yeah, maybe if you have the same fat problems and diabetes as a pale white lab rat (guilty), you could benefit from raspberry ketones the same way. But it’s probably better to just go with diet and exercise.

I’m sorry to break it to you, but Kim K and Anna Nicole (RIP) lied to us. Hydroxycut has been around for-freaking-ever and is super popular, but that doesn’t mean it isn’t full of sh*t. Basically, this stuff claims to work the same as caffeine, making you all cracked out and jittery in exchange for losing a pound or two. Unfortunately, there’s only one study on the supplement and no long-term data on how effective it is after, like, a week. So yeah, if you crush and snort Hydroxycut and chain smoke for a week, you’re probably gonna lose the same amount of weight you would from drinking 10 cups of coffee and chain-smoking. Amazing!

Ding ding ding! Industry sponsored studies do not an honest supplement make. According to Health Line, green coffee bean extract did help some people lose weight (like, five pounds more than a placebo over the course of a few weeks), but the studies were all pushed and paid for by the company. And, again, the weight loss in these “studies” is so modest that can it even really be counted? I can lose five pounds from eating nothing, too, but I’m not going to market that sh*t. Or maybe I should?

CLA stands for Conjugated Linoleic Acid, and has been popular for like, a while. Again, don’t waste your money / I’m about to ruin your day. Basically, CLA claims to reduce your appetite and give your metabolism a needed push, but in a review of 18 studies, the weight loss was about 0.2 pounds per week with the potential for lots of side-effects. AGAIN, that’s practically water weight I can pee out each morning. Why take the risk for like, oily diarrhea poos and the loss of one singular pound when you can trade a piece of pizza for a salad and feel better?

Forskolin is a compound found in the roots of a plant that’s sort of like mint and has been used in herbal medicines for like, ever. Once Dr. Oz started singing songs of its glory, Americans were all about this stuff. The claim is that forskolin effects fat metabolism; however, a lot of the studies showed it had very little, if any, effect on body weight. Even more sketchy, there is INCREDIBLY limited data on side-effects. Probs best to avoid this stuff that I keep reading as “foreskin”.