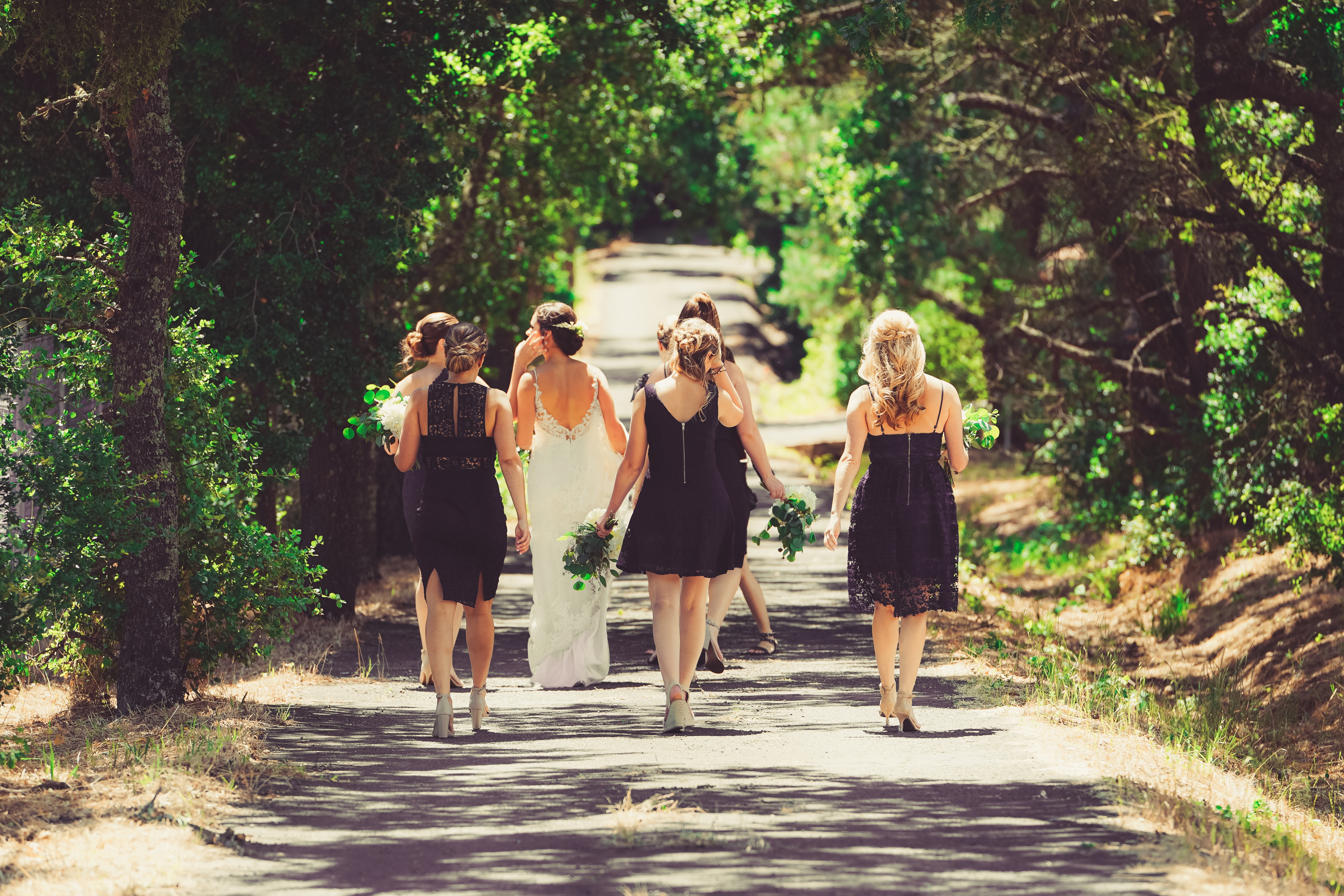 4 Ways To Save Money As A Bridesmaid

I feel like most people who saw 27 Dresses were thinking, “This poor woman!” because she was forced to wear 27 monstrosities to 27 different weddings.  I was thinking it quite literally because being a bridesmaid is f*cking expensive and I would surely go bankrupt if I was enlisted to serve in more than three weddings during my lifetime. Unfortunately for my friends with pending nuptials, I’ve already been a bridesmaid twice, so only one more of y’all gets to experience the pleasure of listening to me sneeze behind you at the altar because there are too many damn flowers everywhere and I have allergies—I mean, being your bridesmaid. Anyway, as much as I’d be filled with sunshine at the prospect of being a bridesmaid only one more time in my life, I’m only 25 and I feel pretty damn confident that I will be asked to be a bridesmaid again at some point. Joy.

The older I get the more I want to know exactly how Katherine Heigl’s character could afford to be a bridesmaid in 27 weddings.

Like most things in life, you have to make a lot of mistakes before learning the lesson, and my first time as a bridesmaid was no exception. I literally spent a few dollars shy of my rent (!!) on this shindig, which is saying a lot because I live in Manhattan and, for anyone who has a friend living in New York, you know how much we love to complain about our rent. Anyway, what I learned too late was that I don’t have to live without running water for a month because I threw my money for bills at being a bridesmaid. Luckily, Credit Karma’s Dana Marineau, VP of Brand, Creative, and Communications is here to impart some of her wisdom on us regarding how to save money as a bridesmaid, so we don’t have to choose between being a good friend and having wifi.

This seems obvious, but so does not responding to a “u up?” text and we all seem to ignore that. Before you spend one f*cking cent on this wedding, map out your expenses and set a budget so that you don’t walk down the aisle looking for a sugar daddy to pay for your next monthly unlimited subway card. Marineau says, “It can be easy to lose track of what you’re spending, so create a budget and stick to it. Between gifts, decor, bachelorette activities, your bridesmaid dress, and more, you don’t want to be caught surprised once the wedding is over on how much you’ve spent.” Exactly. This isn’t a drunken night at Catch, people, this is real life and we can’t go spending our entire paycheck on a pair of heels that either no one will see or we will take off as soon as “September” revs up. Some things you’ll def want to splurge on (Goose for the bachelorette weekend), which is fine as long as you cut back on other things. Get the nice Airbnb for the bachelorette weekend, but maybe skip the Swarovski hair clip, you know? You will feel so accomplished and proud of yourself at the end of the night when you still have some leftover money to shorten your bridesmaid dress and wear it again! Lol jk, literally no one does that, but every bride insists on it.

2. Be Honest With The Bride

When it comes to your spending habits on someone else’s big day, honesty really is the best policy. As focused as the bride is on her ~special day,~ she most def doesn’t want to make any of her closest peeps feel like they have to spend their life’s savings on her or her wedding, so telling her your financial concerns is most def the move. And do it early. Saying you can’t cover the cost of the Airbnb the day before you leave is rude and not very sisterly, so make sure you voice your woes early on. Maybe like, before any of the activities even start. “The sooner you can have an honest conversation with the bride about your financial situation, the better. Costs, big and small, can add up quickly, so share what budget you’re working with to set expectations as early as possible. This way, there isn’t pressure as you get closer to the big day to overspend,” Marineau says. Your financials are the one thing people really can’t argue with because you are the only one who knows what’s happening in your bank accounts, so being honest about where you stand cash-wise is important. Odds are, if the bride loves you enough to have you share her big day with her, she will love you enough to understand that you have a smaller budget than she does for her wedding, which makes sense since you are not the bride! If she doesn’t get it or tries to guilt you into paying for things you can’t afford, quit because this job just ain’t worth it, honey!

This is a big one. Yes, the dress may be expensive. Yes, the gifts may expensive. But you know what makes all of that sh*t look cheap af? The bachelorette weekend. I mean, you def can’t put a price on a good time, but you don’t have to spend every dollar you have on a weekend during which you’ll likely only know half the people there and will be drunk 97% of the time. Unless you’re a Kardashian, you don’t have to host the most extravagant weekend of your young lives. As a matter of fact, you shouldn’t. The bach weekend is about bonding, drinking, and eating, activities that can be made cheaper if you so choose. That doesn’t mean it won’t be fun af, it just means you can have a great time and save dat money à la Lil Dicky. Marineau says, “From bridal showers to bachelorette parties, costs can add up. But, not wanting to overspend money doesn’t need to ruin the mood! If you’re afraid to kill the mood when your friends invite you to do something you can’t afford, instead of saying ‘I can’t,’ suggest a fun, affordable alternative.” Chances are, you aren’t the bride’s only friend who is, as Jonathan Van Ness says, “struggs to func,” so be the brave one and say something first. Everyone loves saving money, so they will feel #grateful that you were the one who spoke up. One easy suggestion is cooking instead of going out to eat. Even if none of you are chefs, cooking an easy meal like pasta could be a fun way to bond with the other bridesmaids and it’s like basically free. Cute!

4. Do Your Own Hair And Makeup

This goes without saying. Unless you are truly horrendous at hair and makeup (which none of us should be because YouTube exists), just do it yourself. Marineau says, “These days, hair and makeup for a wedding can be in the triple digits. If the look the bride is going for is relatively simple, consider offering to do your own hair and makeup. You can do a few trial runs before the wedding so you feel comfortable being your own glam squad on the big day.” As far as hair goes, flip your head upside down and move a dryer through it for five minutes and, boom, you have a blowout with serious volume. That’s a trick I learned at my unpaid beauty internship and it’s probably the most valuable lesson I’ve ever learned at any internship. Who needs to get paid as a struggling college student when you can get lessons like these that last a lifetime?? Anyway, you will not be the star of the photos, so there’s no need to spend all of your money on your face. Also, maybe just remember that natural beauty is in and that you are beautiful, so there’s no need to go ham on foundation and smokey eyes. And honestly, getting a f*cking blowout is like $50 and I can’t even fathom how much makeup would be, so spare your wallet and your dignity the shame and just DIY.